Unfortunately, we live in a world where facts are about as relevant as a giraffe’s shoe size. It doesn’t matter how true or vindicated something is, be it a scientific theory or a documented observation. Unless it makes people feel a certain way or allows them to push some sort of agenda, it either doesn’t matter or gets twisted to suit a purpose.

On top of that, organized religion had often tried to play a part in that war. In general, they espouse traditions that value modesty and restraint. Naturally, some try to take it too far. Some have gone so far as to create a special circle of Hell to endlessly punish those who give in to readily to their horniness. There are time when it’s worth questioning the motivations of organized religion in this war, though. As I’ve pointed out before, religion has an incentive to want people to bone only for procreation.

For one, they want all that pent up energy reserved for helping out at the church/temple/mosque/synagog. Second, they know that children of adherents tend to adopt their parents’ religion so they want them making as many babies as possible. More children means more adherents. More adherents means more money. Even when deities are involved, it often comes back to money.

For an aspiring erotica/romance writer, it’s a distressing trend. I get some of the logic behind it. Men still commit the majority of the sexual assaults in this world. That’s another cold, hard fact that can’t be denied. If you like your female superheroes wearing chain mail bikinis, then congratulations! You’re a sexist, misogynistic pig.

If you like admiring beautiful women and go to strip clubs to exercise that admiration, then congratulations! You’re a sexist, misogynistic pig.

If you like having sex with beautiful women and seek to do so with every resource available to you, then congratulations! You’re still a sexist, misogynistic pig. 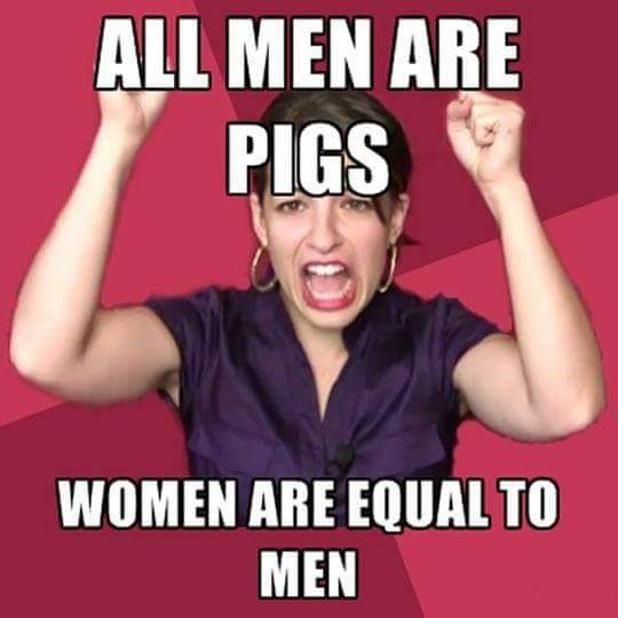 A man just looking for sex or some kind of sexual outlet garners no sympathy. Even a man looking for love is somehow prone to ridicule, as evidenced by the prominence of the beta male in shows like “The Big Bang Theory.” A man can’t ask for sex because he’ll get accused of being a creep or worse. He can’t even admit he wants sex because that somehow means he sees women as glorified sex objects.

This is an issue and it affects both genders because both genders are wired to seek love, sex, and everything in between. Nature, itself, gives us plenty of reasons, considering the various health benefits of orgasms. All those pursuits are effectively undermined if one side is overtly shamed for wanting something so basic and beautiful.

Men, and humans in general, are sexual creatures. No matter how much people try to temper sex in society, whether by forcing women to cover their faces or designing video game characters to be less sexy, it’s impossible to subvert basic biology.