The Devastation Of Alienation On Our Sexuality (Among Other Things)

When I was growing up, the concept of alienation only applied to grunge rock, heavy metal, and whatever other media disaffected youth used to voice their dissatisfaction with the world around them. Being such a miserable teenager myself, I thought I understood that sentiment to some extent. As I’ve gotten older, I’ve realized that there’s a lot more to it.

Alienation has been in the news a lot lately, but it’s not one of those annoying contemporary buzzwords like “toxic masculinity.” It’s actually a term with a dictionary definition, which also has some philosophical backbone that goes back centuries. Like most philosophical terms, though, it has undergone some revisions over the years.

Rather than get into the long, tedious path the idea of alienation has taken, I want to apply it to our current situation. In addition, I’m going to analyze alienation the same way I often do with superhero comics in that I’m going to apply it to sexuality. I doubt that’ll surprise long-time readers of this blog, but I also doubt it’ll surprise anyone who has observed recent societal trends in how we approach sex in society.

Without question, there is a sense of alienation going on in our collective sex lives. While it doesn’t affect everybody, especially the billionaire rock star/celebrity crowd, it does affect some people more than others. I imagine I’ll upset or offend some people by identifying parts of that crowd, but I need to take that chance to make my point.

The basics of alienation are simple. According to Dictionary.com, the definition is as follows:

Within the scope of this definition, you probably know someone who has experienced this type of feeling. At the very least, you knew someone growing up who just felt left out of everything and went out of their way to detach themselves from the rest of society.

Their reasons for doing this vary. Some have serious mental health issues. Others are driven to alienation by economic factors like poverty. Some even go so far as to say that our modern form of capitalism is an inherently alienating force. The entire premise of “Fight Club” actually revolves around that idea, as so wonderfully articulated by the folks at Wisecrack.

With respect to sexuality, though, alienation is a bit trickier. So much attention has been placed on how powerful men solicit sex from beautiful women or how women struggle to maintain some semblance of sexual freedom that it’s hard to see the forest from the trees. Being both a man and an aspiring erotica/romance writer, I’m going to make an effort.

I don’t doubt for a second that alienation affects the sexuality of all genders. Sex, especially if you’re not having the kind that fulfills your needs and desires, can be pretty alienating. We humans are wired to want, seek, and enjoy sex. Given the crude and clunky nature of biology, in general, it’s bound to get distressing and disorienting.

For centuries, women were more prone to sexual alienation than men. That’s because, until relatively recently, their sexual choices were made for them. They didn’t get to choose their spouse. They didn’t get to live their own lives or explore their sexuality with a variety of partners. In fact, doing so might actually be detrimental to their safety.

When you have no choices and much of your life is controlled by others, it’s easy to feel alienated. You have no agency, control, or freedom to even know what you want sexually. That led to a lot of unsatisfied, desperate women.

Conversely, men weren’t just allowed to fool around on their spouses. In fact, it was kind of expected. In that respect, not having a mistress might actually be alienating. Men who loved their wives too much were even criticized.

Then, in the late 20th century and into the 21st century, the pendulum swung in the other direction. The women’s rights movements and the rise of modern feminism gave women more control of their sexuality. For the most part, modern women can explore their sexuality and enjoy a level of sexual freedom once reserved for aristocratic men with a legion of mistresses. 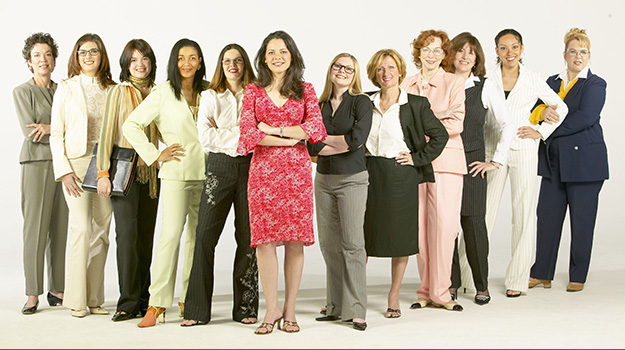 By and large, this has been a good thing. In fact, greater gender equality with respect to sexuality might actually be more conducive to our caveman brains. The sexual practices of Bonobo apes are a testament to that. However, in some respects, the pendulum has swung so far in the other direction that the alienating forces are hitting another group.

Whereas a man trying to seek sex with multiple women are more likely to be seen as a misogynist pig, women seeking sex are seen as empowered. Sure, there’s still slut-shaming, but a good chunk of that actually comes from other women. It’s almost paradoxical in the sense that a woman will be criticized, no matter how much or how little she decides to exercise her sexual freedom.

That too can be alienating, but those same women can take comfort in the knowledge that they’re the sexual gatekeepers. They’re the ones who give the consent. They’re the ones who decide whether a man is getting sex. If the man has a problem with that choice, then he can be subject to serious consequences, even if he misinterprets the message.

The recent surge of sex scandals and the growing emphasis on consent has put a lot more pressure on men, especially those who aren’t rich, well-connected, or attractive. In terms of raw numbers, that represents the vast majority of men, myself included. Some call it the 80/20 rule of dating, but I prefer to think of it as a greater alienation complex.

By that, I mean the existing standards and methods for men seeking love, sex, and intimacy make most men prone to a sense of alienation. I won’t say it’s as bad as it was for Victorian Era women, but alienation is difficult for anyone, regardless of time, circumstance, or gender. The situation for men is akin to playing a game in which you know other players cheat and/or have inherent advantages, but there’s nothing you can do about it. On top of that, the standards are so high and the margin for error is so low that, from a distance, it seems impossible. It creates this distressing sentiment that you will never find the love or intimacy you seek.

I’m not going to lie. I’ve looked in the mirror on some mornings and felt that way, especially in my awkward, acne-laden teen years. I like to think I’ve gotten better over the years because I’ve worked on myself, gotten into shape, and made myself more attractive to the opposite sex. However, I understand that there are plenty of men who struggle to do that or don’t have the same opportunities. For them, the alienation is almost unavoidable. They see the marketplace for love and sex, but don’t see any opportunities. Sure, they can still play the game, but it would be like a toddler trying to win a boxing match against Floyd Mayweather. It just doesn’t seem worth it.

Within the current system, the structures in place ensure that there will always be a sizable chunk of men who are left out of the sexual landscape. They’re not the only ones either. Women who are either unattractive or not inclined to play by the evolving rules of that landscape will be just as isolated. So long as those standards are so rigid, there will be a lot of sexually unsatisfied people in this world.

From a pragmatic standpoint, our current approach to sexuality fails the Stanhope Principle. Society cannot function or progress with such a system. Any system that has such large groups of people feeling alienated and left out is inherently unstable. Karl Marx, however you feel about him and his ideas, made that obvious years ago.

For now, we can only do so much to adapt the current system. The sexual alienation that people feel will continue to evolve, for better and for worse, in accord with major trends. If history is any guide, though, the sexual landscape will continue to change. Whether or not that’ll mitigate or intensify the alienation remains to be seen.