I know I keep saying I don’t like talking about feminism. I know I make it a point to belabor that concept way more than I should. Well, it still needs to be belabored.

It still needs to be emphasized too because I really don’t want to get too deep into this issue. It’s only going to distract from the larger purpose of this blog, which is to get people interested in issues that will make them inclined to by more romance/erotica novels, hopefully the ones I write.

Well, as much as I don’t want to talk about this, there still a few more things that I feel need to be said. Then, we can get back to talking about more interesting topics, like the several different kinds of orgasms. Again, if this is the kind of discussion that makes you want to punch your computer screen, you may want to skip this article and Google “cute baby pigs” to cheer yourself up. Here, I’ll even help.

Still with me? Did the cute baby pigs help? If not, then I’ve done all I can. It’s up to you to brace yourself from here on out because I am going to talk about feminism again. I want to get this over with as much as you so let’s do this.

I didn’t originally intend to write another post on feminism, but during my research (which is basically nothing more than multiple Google searches) for my article on sexual objectification, I came across an issue that ties in closely with this concept. It’s an issue that highlights an ongoing struggle within feminism that, at least from the perspective of a straight male who writes romance/erotica, is a major source of division and disdain among those in this field.

A big part of the issues the surrounding sexual objectification of women in movies, TV, and video games comes from these sets of assumptions that certain feminists hold regarding female sexuality. These assumptions include esoteric concepts like “rape culture” and “male gaze.” I won’t discuss these concepts at great length, if only because they require even more assumptions than I can reasonably make for this discussion.

However, these assumptions are at the core of a larger conflict. That conflict is between feminists who consider themselves sex-positive and those who are more sex-negative, who are often referred to as radical feminists. It’s not an irrelevant conflict. Sex is pretty damn important in any issue that involves either gender. As an aspiring romance/erotica writer, I know how important it is.

As a man, I really can’t contribute much. As I’ve said before, I believe that women’s issues are best handled by women and men like me have next to nothing to contribute. However, since men have sex too and it is kind of important to us, I feel like I can add at least something to this conversation. I’ll just try my best to be polite and thoughtful about it. 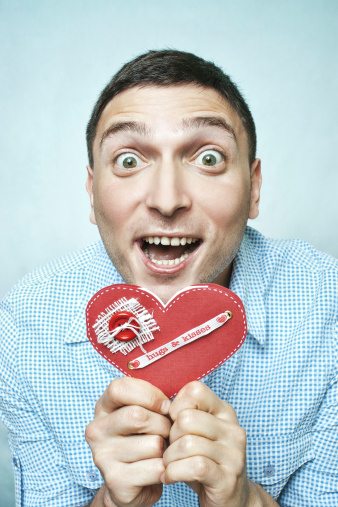 First, here’s a little background on the conflict. Back in the 1970s, a time when wearing bell-bottoms wouldn’t earn you awkward glares, the emerging feminist movement developed some radical elements, as all movements do. Just look at recent trends in boy bands for proof of that.

Within these radical strains of feminism, this extreme ideology developed on issues involving pornography, prostitution, and marriage. These strains saw all these things as inherent evils of a patriarchal, white heterosexual male dominated society that must be destroyed, outlawed, or overthrown. Pretty much anything men deemed sexy was considered wrong. Even by non-patriarchal standards, it’s pretty extreme.

In response to these radical strains, which also created some nasty PR for those who didn’t want to live in world devoid of sexiness, a different strain of feminism emerged. This was sex-positive feminism and, as the name implies, they had a much more positive view about sexy issues.

That’s not to say they didn’t oppose certain patriarchal traditions. They most certainly did. However, they did not agree with their radical counterparts that the world needed to be devoid of pornography, prostitutes, and sexy Super Bowl ads. A society like that isn’t very free or just. Look at Saudi Arabia for proof of that.

It’s an entirely reasonable response. It happens in every movement that gets too radical. One part goes too far so another has to emerge to counter it. It’s like a house party that’s starting to get out of hand. Someone needs to step in before they burn the whole house down.

This debate between sex-positive feminism and radical feminism remains unresolved and will probably never be resolved. As is often the case with ideology, be it feminism or opinions on a message board, people are fairly entrenched in their beliefs.

They will not, and in some cases cannot, change their minds on an issue until there is a clear benefit to doing so. I’m not going to try to change anyone’s mind with this post. I know I’ll fail. Instead, I’m going to try and assess this conflict within a proper context.

Since the issue of sexual objectification was the catalyst for this post, I’ll use this to help make my point. There are cases when women (and men to some extent) are overly objectified and exploited. Slavery, forced labor, and forced prostitution reduce women and men to glorified slabs of meat whose thoughts and feelings have the same value as a dead fly. Those are crimes. Those should be fought.

Yeah, it sucks. It has limits. Some of us are incapable of exceeding those limits while others have more opportunities than they deserve. However, that doesn’t mean that we should obsess over making sure nothing is sexually objectifying to anyone. That’s not possible. Human beings are sexual creatures. We are going to see our media and each other through a sexual lens. It’s just how we’re wired. It’s part of what makes us human.

This is where the radical feminists get too radical and where the radical Men’s Right’s Activists follow suit. In this extreme context, a few stains on a couple shirts warrants throwing out an entire wardrobe. One crack in a single window warrants demolishing the entire building. Can you see why that approach is problematic, not to mention needlessly destructive?

It already manifests in ways that are disingenuous to women and men alike. Recently, Playboy magazine featured its first Muslim woman wearing a hijab. Naturally, it’s going to generate plenty of criticism from a population of religious zealots who think their god wants women to be glorified pets/baby-makers. However, even some women got worked up over this.

It is a twisted form of irony that radical feminists would share the same sentiment as religious zealots, who would prefer to see women subjugated and censored in a way that even Christian Grey would find excessive. Ms. Ismail did try to make her criticism sound reasonable though, but the irony is still there.

Blogger Nishaat Ismail also questioned in an opinion column the wisdom of Tagouri associating with an institution “based on the objectification of women.”

“Are the voices of women — and in particular Muslim women — buried so deep under the cries of those who claim to speak on our behalf that our only available response is (to) involve ourselves with Playboy, a magazine that has solely existed for the past 63 years for men to gawp at the bodies of half-naked women?” wrote Nishaat.

“Is this really how we reclaim our own narrative?”

I can actually answer that to some degrees. Yes, it’s part of how you reclaim your own narrative. You’re a woman. You’re a human being. Humans are sexual creatures. So why suppress what you are? Celebrate it!

There are flaws in our society and some of those flaws dis-proportionally affect women. There’s no doubt about that. We live in an imperfect society full of imperfect people. That’s why it’s important to keep making improvements every step of the way.

This is why, in the grand scheme of things, sex-positive feminism is more conducive to the human condition. It acknowledges that women are sexual creatures too. It acknowledges that women can enjoy sex just as much as men and why shouldn’t they? It’s something that gives pleasure to both genders when done right. It literally brings us together in a deeply intimate way and that’s definitely a positive.

32 responses to “Sex-Positive vs. Sex-Negative Feminism”