The Rise (and Necessary Fall) of the Beta Male 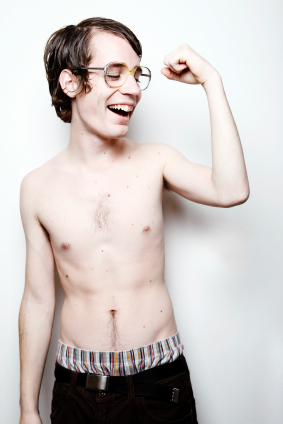 Let’s face it. Whether we admit it or not, we all know the traits of an alpha male. We know because those traits show up in pretty much every story that needs a villain. They’re aggressive, tough, angry, mean, self-centered, self-absorbed, and self-centered. They are bullies, plain and simple. Look at Biff Tanner from the “Back to the Future” movies. He’s basically the template of the alpha male. Why is this an issue? It’s simple. We hate the alpha male. More often than not, he is the least likable character in a story. Never mind that these are traits associated only with men and never women. They are the enemies. They are the villains. They are the ones we’re supposed to root against, even if they’re the ones we turn to for protection and strength in the real world.

Enter the beta male, the lovable underdog who is everything the alpha male is not. He’s sweet, he’s sensitive, he’s caring, and above all, he’s emphatic. In other words, he’s basically a stereotypical woman.

In many respects, he’s an affront to both men and women. He is the antithesis of masculinity and symbolic of all the weaker traits we associate with women. It’s almost as if popular culture can’t stand the idea of men being tough without being assholes. It demeans both genders when you think about it.

So how did we get here? Well, that’s hard to say and probably something that requires multiple blog posts. I suspect it comes from our innate desire to root for the underdog or the unspoken acknowledgment that most men don’t possess the traits of an alpha male, which in turn makes us jealous. I can look into that later. For now, I’m talking about the beta male and why he matters.

There’s no dictionary definition for a beta male. We define him basically as what an alpha male is not. That’s not a good definition, defining something solely by what it isn’t. Urban Dictionary isn’t exactly a definitive site, but it does offer some interesting takes.

An unremarkable, careful man who avoids risk and confrontation. Beta males lack the physical presence, charisma and confidence of the Alpha male.

That’s a short and simple definition. Then, there are those favored by radical feminist and extremely liberal types.

A man who is content with nontraditional gender roles; i.e., he is not threatened by intelligent and/or powerful women, and he does not have to be in control of every situation to maintain his sense of self. (Frequently, he does manifest a quiet kind of confidence and control over his surroundings, but it’s not important to him that this is noticed by others.)

A beta male is often introverted, intelligent, and introspective. Though he may have been branded a “nerd” growing up, the adult beta is frequently a thoughtful, capable, and fascinating individual whom many women find appealing.

Then, there’s the opposite side of that coin.

There are already plenty of them. There’s Ross from “Friends.” There’s George from “Seinfeld.” There’s Peter Parker from “Spider-Man.” There’s the entire cast of “The Big Bang Theory.” There are even movies built entirely around this concept, my personal favorite being “She’s Out of My League.”

In every case, the story is the same. The weaker beta male is the underdog who never gets a break. Then, through some magical thinking and obscene luck, they win the day against the odds. It can be a good story and it makes for a nice fantasy, but that is what it is at the end of the day: a fantasy.

So in a sense, our sentiment towards the beta male is downright schizophrenic. We love them in movie, but we discount them in real life. In real life, we see alpha males still dominating in terms of success. They get more attention, more sex, and more opportunity. Can this kind of discrepancy last? I say it can’t.

Reality, being the frustrating force that it is, tends to chip away at false fantasies in the long run. The cult of the beta male cannot last. There are only so many times we can watch Peter Parker get dumped or Ross from “Friends” get rejected. At some point, it stops being entertaining and we seek something else.

I say this as someone who has, to an extent, used beta male characteristics in my own stories. My book, “Skin Deep,” gives the main protagonist, Ben Prescott, a few beta male traits. It also gives his main rival, Zachery Crenshaw, a number of stereotypical alpha male traits. In this story, I stop short of making them too flat. I do make a conscious effort to balance them out. I like to think I succeed more than a typical episode of “The Big Bang Theory.” However, it’s a skill I’m still trying to refine.

So for those who are as sick of beta males as me, check out my books or look back on the beta males in previous stories. Yes, that’s a shameless promotion of my own work. Yes, it’s entirely self-serving. However, it’s not something you’d expect of a beta male, would you? I rest my case.