Every now and then, there’s a news story that sounds like it came from The Onion, but it’s actually real. Personally, these stories tickle me like mountain of puppies. They show that, as crazy and distressing as this world is at times, it can still be pretty damn hilarious.

There’s actually an entire subreddit dedicated to these kinds of stories. They have funny headlines like “Kids Work Harder When Dressed As Batman, Study Says” and “Property Prices Lower On Streets With Silly Names, High School Students Find.” Again, these are not clips from The Onion. They’re real and they’re more hilarious because of that.

It’s for that same reason that when I saw this particular headline, I laughed and smiled like a kid in a room full of chocolate and kittens. If you’re having a bad day, just read it over a few times and let the world around you become inherently better.

As someone who regularly writes about the folly of regressive sexual attitudes, this kind of story is as informative as it is hilarious. That’s because when it comes to sexual regression, the joyless suits at the Federal Communications Commission are right up there with the Vatican. Remember, these people made a national scandal of Janet Jackson’s nipple, for crying out loud.

To be fair to the FCC, which tends to be an exercise in inanity, they get some pretty crazy complaints from citizens who grossly overestimate the destructive power of female nipples. Between complaints about shows like “South Park,” the WWE, and Miley Cyrus, they can’t help but be a little uptight. Fair or not, this story is another testament to just how powerful our collective sex drives can be. “An investigation that began in January found “pornographic and inappropriate images” indicating the employee used his FCC-issued computer and the agency’s network in violation of commission policy, according to a new report from the FCC’s office of inspector general.”

Think about that for a moment, though. What does it say about the situation when we find it funny and not abhorrent? The fact we’re neither surprised nor disgusted by the fact that both the FCC and Bin Laden love watching pron in their spare time reveals something about our attitudes towards sex that’s worth scrutinizing.

These efforts, regardless of whether they’re sincere or misguided, are doomed to fail. On some levels, we even realize that. We wouldn’t find stories like this so funny if they weren’t. I don’t doubt that some are still genuinely shocked, but I think the overall lack of outrage surrounding these revelations tells us something about our understanding of human sexuality.

That, beyond the inherent humor, is the biggest take-away from a story like this. We know what the FCC and other organizations like it are trying to do with sex in media. We know it’s a losing battle, but we let them fight it anyways because it gives us the illusion that we’re making an effort to sanitize the kinkier parts of our sexuality. It’s because it’s an illusion that we can find stories like this so funny. 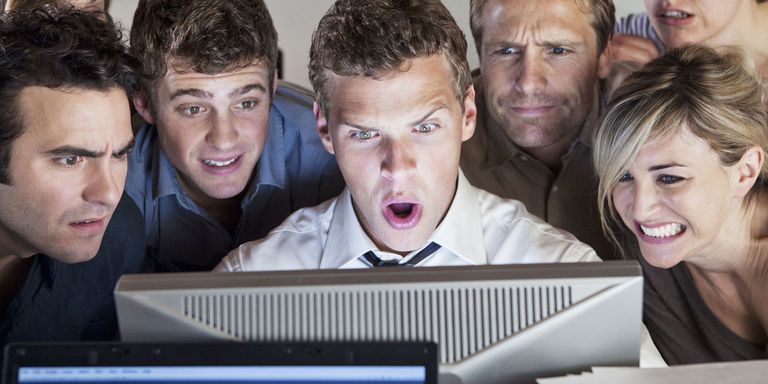 Funny or not, there’s still a danger in letting organizations like the FCC make that kind of effort to censor our sexuality. Remember, this organization made a big deal about a goddamn nipple. At some point, those kinds of efforts stop being hilarious.