Here is Jack Fisher’s comprehensive catalog of published books. To date, every book has been self-published either through Amazon or Lulu.

What would you do if you could be as beautiful as you wanted to be? And what would you do when that beauty opened the doors to a new world of opportunity, pleasure, and indulgence?

Benjamin Prescott never had that choice. He was a nobody, born into a frail body that was weak, sickly, and unattractive. Conversely, his childhood friend, Mary Williams, was blessed with a natural beauty that granted her a great many opportunities. Throughout high school, Ben watched Mary as she made friends with other attractive girls, drew attention from equally attractive boy, and indulge in the various pleasures that her body afforded her. Now as their graduation approaches, she seemed destined to drift away from him while he is doomed to a life of obscurity.

But that all changes on a fateful school trip to Genetix Lab, an up-and-coming company that boasts great advances in biotechnology. In a horrific accident, Ben is seriously wounded and faces a grim prognosis. Neither his frail body nor jaded spirit is capable of healing. It leads him to cross paths with the mysterious Dr. Warren Irvine. He offers Ben a radical new treatment that promises to not only heal him, but make him as attractive and healthy as he wants to be. In the span of a few weeks, he goes from being an unattractive nobody to a very attractive somebody with a body worthy of an athlete or male model. It affords him new opportunities for indulgence that he never had before and promises to change his relationship with Mary forever. But in accepting Dr. Irvine’s offer, he unwittingly becomes involved in a series of lurid experiments that will test the human capacity for indulgence.

It’s a story of beauty, lust, love, sex, and pleasure. How much can Mary, Ben, and all those who take advantage of their beauty handle before it consumes them? Is beauty truly skin deep? Or is the human drive for pleasure too powerful to overcome?

Damon Masters is a strange kid with macabre secrets. He’s an outsider and a recluse upon entering high school in the town of Oakridge. At least, that was Scott Freeman’s first impression when their paths first crossed. He isn’t quite sure what to make of him. He has enough problems with his childhood crush, Jen, falling for the wrong guy. But due to an unusual string of circumstances the two become friends. However, this friendship soon takes on a dark twist. As Damon’s secrets are revealed, Scott and his friends, Alex and Jen, find themselves dealing with forces they don’t understand. An entire new world of witchcraft, magic, and ritual enters their world. Will they be able to handle it? Or more importantly, will Damon be able to handle what he has unleashed?

The Escort and the Gigolo 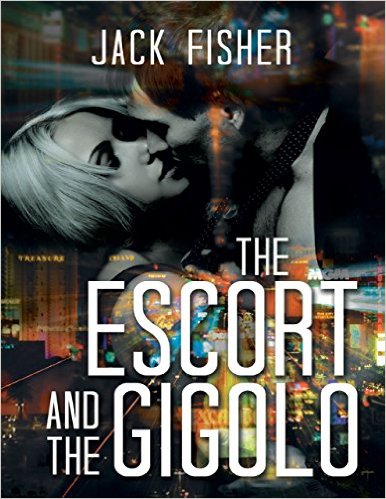 Behind the endless fantasy that is Las Vegas, Shawn Stevens makes a comfortable living as John Steadman, a professional gigolo and male stripper. Jane Jefferies makes a similar living as Charlotte, a stripper and high-class escort. For years, they’ve navigated an illicit criminal underworld run by Las Vegas’s unofficial queen of vice, Felicity Ramero. Within this world, they’ve fulfilled many fantasies while maintaining the lowest possible profile. But over time, they have become jaded and disillusioned with this world.

Then, on one fateful night, Shawn and Jane come in a moment of reckless passion at Club Oasis, the most popular club on the Strip. However, their passion does not go unnoticed by Felicity, who just happens to be in need of a couple of patsies to take the fall for her many crimes. In the face of increasing pressure from the law, she plans to blackmail Shawn and Jane by having them play a part in an elaborately decadent fantasy. 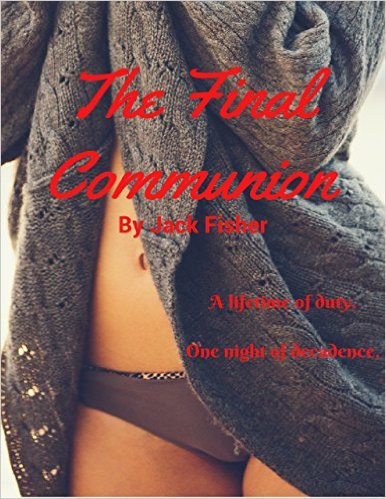 Like everyone at Camp Salvation, Grace Maria Goodwin has lived a life of hardship, toil, and strict discipline. It’s a life ordained by the Church of the Army of Heaven. It involves heavy repression, strict morals, and an emphasis on avoiding fleshly pleasures of any kind.

For the past 13 years, Grace has been living this life. She and everyone like her live apart from their families, training to be soldiers for the Church in preparation for the End of Days. Her life and the lives of all those around her have already been laid out.

But for one night, Grace and her fellow adherents get to abandon their obligations. For one night, they get to indulge in all the sinful desires they’ve been told to avoid. This night is the Final Communion. And Grace has every intention of embracing these decadent desires.

However, she also seeks more than just indulgence. She’s looking for someone special…someone she must find before the night is over. Can she find him? Or will her desires consume her?

The Secrets of Sadfur Island

In a not-so-distant future, Reverend Simon Grant inspired a new generation of repression to oppose decades of moral liberalization. The two main characters of this book, Peter Watson and Scarlett Hunter, embody that struggle. They are two of the most successful Hollywood stars who fell in love on a movie set. They come from humble roots and do their best to embody the morals of restraint and chastity that they were taught. However, their passion for each other proves to be too strong.

Because of this passion, Reverend Grant invites them to a secluded island in the Mediterranean called Sadfur Island. This island is reserved only for men and women of great influence, but it’s no luxurious getaway. While on this island, Peter and Scarlett are exposed to a world of harsh truths that expose the struggle between repression and expression for the lie it is. In doing so they’re opened to a world of decadence that will test their bodies, souls, and hearts. Can their love survive such upheaval.

Emily Masters hates Christmas. She has hated it ever since the fateful Christmas Eve where her best friend, Jennifer Graves, stole the love of her life, Sean Sanders. And it only seems to get worse every year. She has failed in love, school, and work while Jennifer and Sean are now engaged to be married. In a desperate effort to reconcile, Jennifer and Sean attempt to help heal Emily’s wounded Christmas spirit. And in the process, things get very emotional and very heated.

Jonathan Jackson Daniels knows a thing or two about luck. He came from a no-name town. He worked a dead end job. He lived his whole life seeing few get lucky breaks and even fewer make something of that luck. Then, in the luckiest break anyone could get, he won the lottery. He has the chance of a lifetime, but is scared to death of squandering it.

So before he tells anyone about his big break, he takes a trip to Las Vegas. He goes not knowing what to expect, only that he’s going to indulge in the fruits of his luck. That’s where he meets an enchanting woman named Janine “Jani” Jasmine. She makes it her mission to give him the time of his life, pushing his newfound luck to the absolute limit. But can a small-town guy like Jonathan handle her? Is he destined to squander his jackpot like so many others? 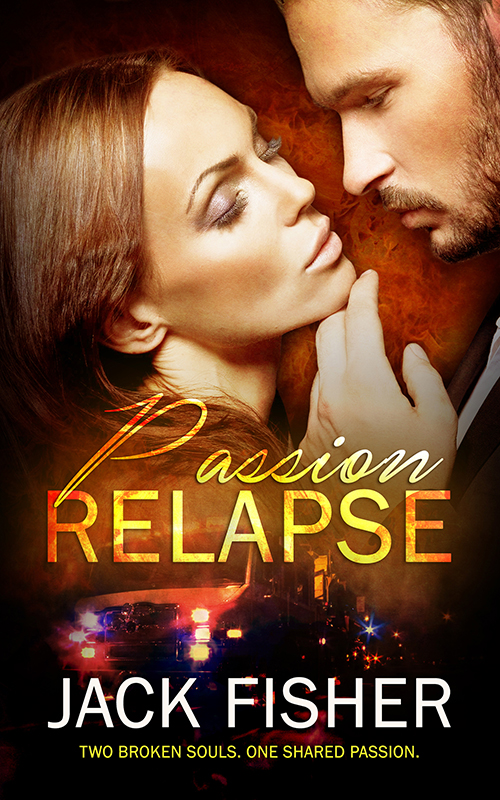 Mary Ann Scott was once an aspiring fitness model and all-around party girl. Now, she’s a sex addict whose recovery is making her miserable. Despite spending nearly a year in a treatment program, she struggles to escape the scars left by her addiction. Then, one night, she crosses paths with Peter Robert Rogers, a childhood friend turned handsome firefighter who just happens to be a recovering sex addict as well.

He comes into Mary’s life broken, distraught and vulnerable. Having experienced that feeling, too, she reaches out to him. Together, they try to help each other heal. But in doing so, Mary doesn’t just open old wounds. She evokes a wealth of pent-up desire…a desire that quickly consumes them both.

Now, she and Peter are nearing the brink of relapsing. They’re on the verge of giving in to their addiction. Will it break them once more? Or will it bring them together and finally heal their wounded souls? 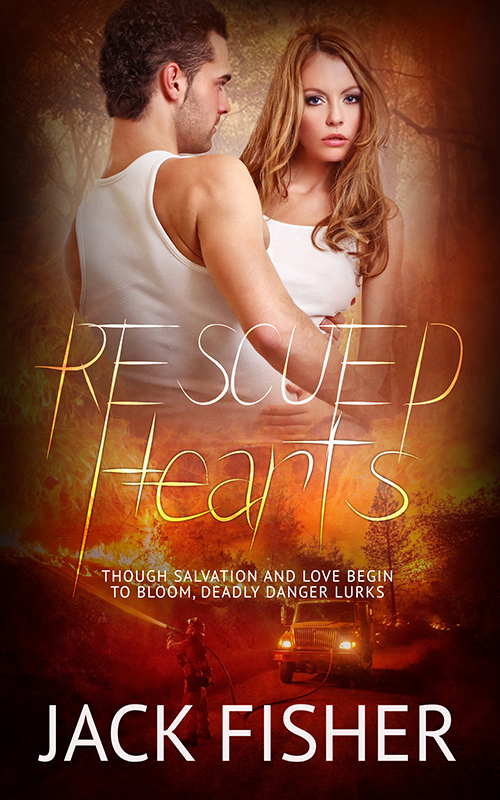 Have you ever fallen in love with an angel? Candy Carter has. A self-proclaimed trailer-trash princess, she seems destined to live a life of quiet deviance in Haven Hill, a dying rural town overrun by drug dealers and criminals.

Then, in her darkest hour, EMT Ryan Roth saves her life when a forest fire ravages her town. That fateful encounter doesn’t just endear him to her heart. It inspires her to leave Haven Hill and build a better life, much to the dismay of her jealous ex-fiancé, Paul Reynolds. She runs away, enrolls in college and tries to become the kind of woman who was worth saving.

But just as that life seems to be taking shape, Candy crosses paths with the man who’d been her angel, only to find out that he’s divorced and miserable. As they reconnect, old dreams transform into new passions and hope for the future for them both. However, Candy’s old life comes back to haunt her. Her angel may not be able to save her this time, or they may both lose their lives.