I talk a lot about our current attitudes towards sex and the various problems it causes in our society. There are a lot of ways those attitudes manifest and my sexy novels can only do so much to expose them. Many of those attitudes have a clear and frustrating gender bias, which always inspires heated debates.

To reveal the breadth of this disparity, here’s a quick little test you can take. It doesn’t matter if you’re a man, woman, or something in between. It’ll reveal a little something about yourself and the way this disparity affects us. It goes like this.

Shortly after, a young man walks up to you. He seems just as healthy, happy, and sane. He then tells you, “I own a sex doll that has the look, feel, and texture of a real vagina and I use it regularly to pleasure myself.” How do you react?

If we’re being honest with ourselves, and I know that’s not always easy or possible, we’ll react very differently to the man than we do the woman. Fundamentally, they’re both saying the same thing. They use a sex toy as a means of satisfying their basic desires when they don’t have a partner.

Unlike the woman, there’s nothing sexy about it. At most, it just reminds us of that iconic scene in “American Pie” that had Jason Biggs going to down on a pie. On top of making everyone inherently suspicious of warm pies, it acts as a testament to how hilarious/pathetic men can be in their pursuit of sex.

In the middle of this huge double standard is a fundamental engineering challenge that mankind has yet to solve. Specifically, it involves sex toys. While these wondrous tools of pleasure have made incredible advances in recent years, there are still certain deficiencies that further the disparity for men and women.

Go into any place that sells sex toys and chances are you’ll be bombarded by every phallic-shaped accessory that it’s possible to imagine. If you want something that looks like an erect penis, you have an abundance of riches. 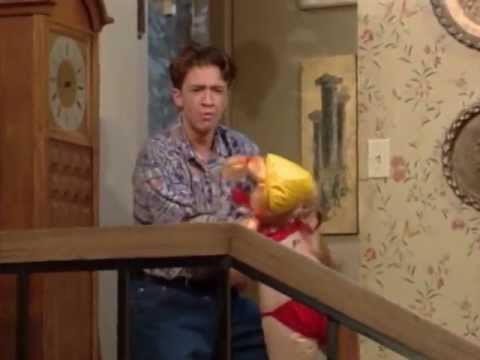 That kind of disparity is bound to cause problems and not just through egregious double standards. As technology advances and sex dolls become more advanced, as well as full-fledged sex robots, the realism gap will narrow. It may have taken way too long, but there will come a day where a sex toy will give a man a sexual experience that’s indistinguishable from that of a woman.

However, this has already inspired controversy. There are some out there who would decry the use of such realistic sex toys because it literally objectifies the female body into something men can purchase. That’s something the radical, sex-negative crowd has been bemoaning for decades.

For now, though, the disparity remains. A woman has access to every kind of penis-shaped satisfaction she could hope for at a price most anyone can afford. An average man with an average income is out of luck and any effort he makes to satisfy his desires will be subject to added scrutiny. If he tries too hard, he’ll be labored a creep.

It’s not fair. It’s a complete affront to anyone who claims to be in favor of gender equality. If we’re going to endure the current disparity between male and female sex toys, we should at least offer a measure of understanding and sympathy.

Both genders have desires. Both genders want to share those desires. Let’s work together in that effort. I intend to do my part with my sexy novels. Those busy/horny scientists in sex toy labs like Real Dolls will surely do theirs. Collectively, in the name of all things sexy, we must be willing to do ours.

5 responses to “The Unspoken Gender Disparity (Of Sex Toys)”