Virtue Signaling: What It Is, Why It Matters, And Why You Should Hate It

That concept has become somewhat of a buzzword among discussions of hot-button issues and not always for the right reasons. It’s especially popular among discussions surrounding political correctness and religious extremism, two topics that turn people off faster than a bucket of dead kittens. It’s called virtue signaling and it is, by far, one of the most frustrating manifestations of our faulty caveman brain.

Our brains might be remarkable marvels of nature, but they have a lot of flaws. Why else would Elon Musk be looking to upgrade it with his latest billion-dollar venture? Some of its features had practical uses in the old days before social media made everyone a wannabe guru on current affairs. Virtue signaling exploits nearly every one of those flaws and does it with a goddamn smile. 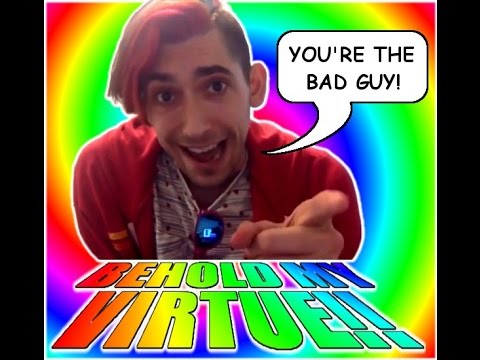 Unlike some of the other concepts I’ve explored, the definition of virtue signaling is still evolving. It’s a relatively new concept in terms of being something that people mention in a conversation, but the idea isn’t new. According to Wikipedia, which is usually fairly up-to-date, the definition is as follows:

The conspicuous expression of moral values by an individual done primarily with the intent of enhancing that person’s social standing within a social group.

There are other dynamics to virtue signaling, but this definition covers the basics. It is, essentially, a method people use to save face or prove their loyalty to their respective tribe.

Think back to movies like “Animal House.” Remember those initiation rituals that fraternity pledges had to do? They have been known to seriously hurt and kill people, which is why they’ve become more infamous in recent years.

Now, imaging always having to do these rituals to continually prove your allegiance to whatever group or tribe you’re part of. Anyone who ever survived college hazing should be shuddering violently right now. I’ll give you a minute to recover. For those who haven’t, it’s actually worse than it sounds.

Sometimes it’s subtle. Sometimes it’s so minor that it’s not even a factor in how we see ourselves or the groups we belong to. However, in the era of social media and professional trolls, it has become increasingly egregious. To illustrate how insidious virtue signaling can get, here’s a quick scenario.

Picture, for a moment, that you’re walking down the street in a typical city or town. There are a lot of people moving in different directions. Some are heading to parts of the neighborhood you prefer to avoid. Others are heading towards parts you like. You stick with them, for the most part, and are content keep it that way.

Then, as you’re walking towards your preferred destination, you come up alongside someone whose walking the same direction as you. However, they’re not content. They are very agitated.

They keep looking at the people going towards parts of the neighborhood they don’t like. They then start yelling at them with remarks like:

“HOW DARE YOU GO THERE!”

“YOU SHOULD BE ASHAMED!”

“YOU DESERVE NOTHING BUT SCORN AND HATE UNTIL THE DAY YOU DIE AND BEYOND!”

Their yelling is unnerving to some, but others show their approval. Some even join in. They create a flash mob of sorts, going out of their way to find the people going in the direction they don’t like and berate them at the top of their lungs.

You choose not to join in. If anything, you’re someone embarrassed by someone heading in the direction you prefer acting so obnoxious. You’re content to keep walking in that direction and just ignore the loud, confrontational flash mobs.

Then, without warning, that same agitated person turns their attention back towards you. They actually walk up alongside you, try to get your attention, and start yelling at you with remarks like:

“LOOK AT ME! LOOK AT HOW VIRTUOUS I’M BEING!”

“I AM A MORAL PERSON! I’M MORE MORAL THAN YOU!”

“ACKNOWLEDGE MY MORAL SUPERIORITY! IF YOU DON’T, THEN YOU’RE A GODDAMN NAZI!”

The scenario I described is a gross exaggeration, but one that highlights the major components of virtue signaling. It’s both a method for seeking validation from a group and alleviating mental stress. In that sense, it hijacks some of the wiring in our brains that’s meant to help us cooperate and survive.

The past few years, however, have gone beyond merely hijacking our collective psyche. They’ve effectively attached rockets to the plane and flown it into the side of a mountain. Some of this has to do with social media and professional trolling, but a lot more of it has to do with that painfully divisive and innately infuriating concept of identity politics.

These days, it’s too easy to be labeled a bully, a tyrant, a fascist, or whatever other word you want to use to describe Kanye West. Unlike past years, that label is much harder to avoid. Social media, smartphones, and the 24/7 news cycle that will make way too big a deal about the latest Kardashian drama ensure that once you have that label, it follows you like a festering rectal wart.

As a result, more and more people are resorting to virtue signaling to escape or avoid these negative labels. They’ll go to great lengths, yelling at random strangers and being exceedingly obnoxious, to be anything else. Naturally, that means things like facts, reason, and understanding often get lost in the mix. You just can’t be that particular when you’re trying so hard to avoid being labeled a Nazi.

It happens in gender issues. Feminists, especially the male variety, will go to great lengths to prove they’re not misogynistic, even if it means saying demonstrably stupid things.

It happens in religion. A certain adherent, especially in religions that demand a lot of sacrifice, will make any excuse and fight any battle in order to maintain their allegiance and prove they’re a better adherent. There’s little, if any, sincere belief. There’s just a desire to be part of the community. That can often lead to some truly horrific extremes, from suicide bombings to televangelism.

It happens in race issues. A certain race, especially the ones with a nasty legacy that the internet has preserved forever, will say and do anything to avoid being called a racist. They’ll even resort to favoring other kinds of racism to balance out past racist crimes. It’s as inane as it sounds.

At the end of the day, however, the problem remains. Virtue signaling is, by definition, a selfish endeavor that’s meant to make someone feel better. Either they want to feel more moral than those they consider bullies or they want to cling to a certain group affiliation, be it a particular race or a My Little Pony fan club.

There’s never any actual substance behind virtue signaling. In fact, substance cannot be part of virtue signaling in any meaningful capacity because its goals are entirely personal. Unless it makes someone feel better about themselves or keeps them in good standing with a group, it doesn’t matter in the slightest how true, honest, or valid the actions are.

It is a very troubling, if not tragic manifestation of our caveman brains. We’re a social species. We’re also a species that tries to keep itself balanced amidst a chaotic, ever-changing world that tries to kill us in so many ways. We’re wired to form groups, cooperate, and do whatever we can to alleviate the everyday stresses of life. Virtue signaling is the emptiest form of this effort and is ultimately counterproductive.

If someone needs that kind of validation, either for themselves or others, then there are likely other factors at play. I cannot begin to speculate what those factors might be, but the growing prevalence of such efforts says to me that the world is becoming more stressful and we, as a society, aren’t doing a good job of handling it.

In the end, I see virtue signaling the same way I see an empty gesture. It’s a poor attempt to force a desired reaction without actually going through the process of earning that reaction. Those who don’t end up earning something often end up neglecting it as well.

Think of it in terms of a lover. If someone just pretended to feel a certain way so that you would love them, what would that say about his view of love in general? It wouldn’t bode well for the honesty of your lover and the depths of your love.

There’s a lot more to virtue signaling. I know I’m painting a pretty bleak picture right now, but it’s an increasingly-relevant concept that’s sure to show up in many different forms in the coming years. I’ll definitely mention it again in future posts. I’ll make a concerted effort not to bash my head on my desk.

For now, the best advice I can give those who are just as frustrated with virtue signaling is twofold. Be cynical, but be understanding. Those seeking validation are human, like you and me. Understand that, but try and help them understand that as well.

20 responses to “Virtue Signaling: What It Is, Why It Matters, And Why You Should Hate It”