Pro-Life Vs. Anti-Sex: Why The Difference Matters

With that said, there is one last component to the abortion issue I want to address. Unlike the various other complexities of this exceedingly controversial issue, this issue does affect me, albeit indirectly. It affects me because it involves attitudes towards sex and, being an erotica/romance writer, that’s kind of critical to my job.

Granted, sex and abortion are link. Without sex, abortion is a moot point. Abortion without sex is like a car without an engine. One doesn’t work without the other. It’s in this inescapable link that we find a stark divide in the pro-life/anti-abortion movement. It’s a divide in which one side is honest and the other has a mansion built upon a foundation of  wet horse shit. 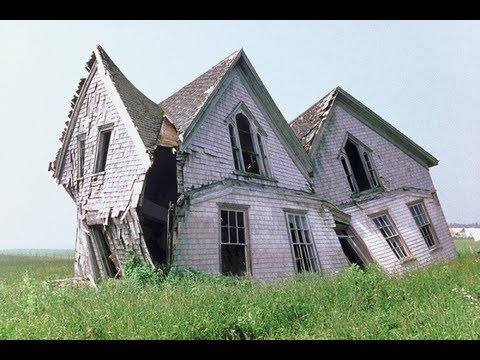 There are those on one side of the abortion who can call themselves honest and genuine. These are the people who genuinely believe that abortion constitutes murder. They believe that the concept of personhood begins at conception. At the moment the sperm meets the egg in a woman’s womb, the issue ends for them. That’s a human life. Ending it in any way is no different than murder.

That’s a perfectly clear, easily understandable position. It passes through the Simpson Filter with ease. It makes ethical sense, even to our caveman brains. It appeals to both emotion and logic, a rare combination in any bit of political discourse. Granted, the actual science of when life begins is not at all settled, but as a clear position on an issue, this part of the pro-life is both clear and genuine.

If this was where the argument ended, then there wouldn’t be anything left to talk about. I could end this post here and go back to talking about the joys of sleeping naked. Unfortunately, there is another contingent of the pro-life crowd and they’re about as genuine as a Nigerian prince.

This contingent of the pro-life group will make the same claims. They’ll say abortion is evil on par with any notorious spammer. They’ll even march with others who sincerely believe that life begins at conception and abortion is murder. However, in the back of their minds, being pro-life is a form of glorified clown makeup. It just a convenient excuse to hide the fact that they’re anti-sex.

By that, I don’t mean they aspire to live in a world of nuns and eunuchs. By anti-sex, I mean they are vehemently opposed to any form of sexual expression that wouldn’t occur off-scene during a “Father Knows Best” rerun.

In their world, the only kind of sex that is permissible involves a married couple, a dark room, and a maximum of three minutes in the missionary position with the sole intent of producing a child who will grow up into a tax-payer. Orgasms are entirely optional in this case. Anything that deviates from this narrative even slightly is the moral equivalent of being sodomized by demons.

In that context, it’s easy to see why some use the pro-life movement as a cover. History has shown that even in the most repressive periods in history, human sexuality is difficult to contain. Being anti-sex is a losing battle on par with being against blue skies on sunny days. With the pro-life crowd, they can claim, “We’re not against sex! We’re against dead babies!”

This doesn’t just make their position inherently dishonest and insincere. It also has implications that go far beyond those I’ve discussed before on this issue. It’s easy to craft a message that passes the Simpson Filter, but sometimes the implications of that message go far beyond the content of that message, so much so that it’s in the same zip code as basic fraud.

For the anti-sex crowd, it means that abortion is less about dead babies and more about controlling sexuality in general. Make no mistake. This does happen. Some even go so far as to admit it outright. Major presidential candidates have even gone on record as saying they oppose contraception because it permits evil sexual practices, namely those that people might enjoy.

This is the part of the pro-life movement that has zero moral authority. They are about as honest and sincere as hungry lion running a hospital for wounded zebras. They may use politics or religion to justify their sentiment. That doesn’t make it less invalid.

In some cases, it makes parts of the pro-life crowd into outright hypocrites. As I’ve said before, we tolerate a lot of bullshit in our society, but hypocrisy is one of the few lines where the stench cannot be ignored.

In the case of the anti-sex crowd pretending to be pro-life, they cement their hypocrisy by also being against contraception. While most pro-life people don’t oppose contraception, those that do are akin to being football fans who hate contact sports. It’s just not possible for the position to make any sense, logically or morally.

This is where a lot of religion gets into the mix. The Catholic Church is, by far, the most famous entity for opposing both abortion and contraception. Again, it’s the implications that make this position wholly dishonest. To understand those implications, just do the same thing reporters do with lobbyists and follow the money.

For a church, or any religious organization, to thrive it needs money and adherents. Since most religions don’t sell anything tangible, they need to rely on adherents giving them money. Naturally, this creates an incentive to want them to procreate. The more babies they have, the more future adherents the religion will get. More future adherents means more money. In the end, wanting to control sexuality is all about money.

Imagine for a moment that someone claimed that killing puppies was wrong because it cost too much money to bury them. If someone bases their puppy-killing morality on that foundation, we wouldn’t think very highly of them. Hell, we’d probably train our dogs to use that person’s yard as a toilet.

It’s for this reason, and many more that I’m woefully unqualified to explore, that it’s so vital to distinguish those who are genuinely pro-life and those who just don’t want people having sex in ways they don’t like. One has a moral basis for their position. The other has a web of excuses, deceit, and hypocrisy.

If good, decent people truly wins out in the end, then it should be clear which side has the moral authority. There are those who deserve to march in support of their believes and there are those who should be marched over, spit on, and left to whither under the weight of their hypocrisy. In the end, no matter what excuses some people make, hypocrisy will never be appealing or sexy.

13 responses to “Pro-Life Vs. Anti-Sex: Why The Difference Matters”