The Age Of (Sex) Robots Is Upon Us! 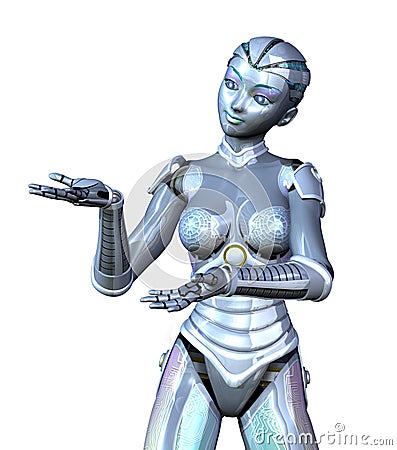 After this week, I imagine everyone is sick of politics, elections, and even democracy in general. People, I share your pain and frustration. I’m sick of it too. There’s not enough whiskey and comics in the world dull my frustration with American politics this year.

With that in mind, I’d like to talk about something far less controversial and far less frustrating. I’d like to talk about something that is fun, apolitical, and relevant for everyone. So what could possibly fit all those criteria? What could possibly unite the internet in a positive way for an aspiring erotica/romance writer? I admit I struggled with this question. Then, it came to me.

So in our unity over the joys of oral sex, I’d like to bring robots into the equation. No, that’s not a non-sequiter. No, I’m not trying to kill the mood. There’s a reason I’m bringing robots into this conversation. It’s the same reason we bring robots into a lot of conversations these days. We usually bring them up when they’re about to enslave us and/or make something better and more efficient. I’m here to talk about the latter. I’ve already talked about sex and robots before on this blog. I’ll likely talk about them again because chances are, one of my future erotica/romance novels will feature a sexy robot of some sorts. I know myself. At some point, this is going to happen for me. It’s only a matter of time and energy.

However, before my perverse imagination can craft a steamy erotica/romance story around sexy robots, the real world will need to catch up. Believe it or not, the world is farther along than you think. What do I mean by that?

Robots are rapidly advancing. The pace of technology is advancing as well. With Siri, Alexa, and Cortana, we’ve already allowed robots into our homes to some extent. These robots don’t have mouths, butts, penises, or vaginas yet, but I’m pretty sure someone is working on that in a lab as we speak.

This means it’s likely that within our lifetime, we’ll see a robot, male and female, that will be a fully functional sex partner. This partner will be programmable, capable of catering to our whims in needs in ways that no human ever could. Robots, by their nature, are not bound by the same limits as fleshy, frail humans. That means that, theoretically speaking, they could be vastly superior lovers in every way.

Think about it. For men, that means having a lover that never ages, never gets moody, never cheats (unless you want her to), and doesn’t complain when you want to try something you read about in 50 Shades of Grey. For women, the benefits are the same, but these lovers also never need Viagra, never fall asleep after five minutes, and never skip the foreplay. They are, quite literally, the ultimate lovers.

This café in Switzerland is just the first step. It may seem crude now. The robots they’ll use probably won’t look like Kate Hudson or Megan Fox. To us, it’ll be a novelty reserved for a select few. If you think that makes it a fad, consider the following. Cell phones used to be reserved for Wall Street tycoons and drug kingpins. Also, they looked like this. Now, cell phones are so ubiquitous and cheap that people in third-world countries can have the same cell phone model that Wall Street types have, albeit theirs probably aren’t plated in gold. In some cases, a cell phone is as cheap as a cup of coffee and works a billion times better than the old models of the 1980s.