Why Wonder Woman Matters Now More Than Ever

Today’s the big day. For comic book fans, superhero movies, and those who appreciate seeing beautiful women kick ass, it has been a long time coming. It shouldn’t have taken so long, but there were a few setbacks along the way. Well, we can forget about those now because the wait is over. The “Wonder Woman” movie has arrived.

I can safely say as a self-proclaimed comic book fan and a fan of sexy female superheros, I’ve been looking forward to this movie more than any other in a decade. I’ve said it before as I’ve tracked this movie’s approach, but I believe that “Wonder Woman” is the most important superhero movie since the original “X-men” movie made us forget about Joel Shumacher.

At the moment, we live in some very volatile times. I won’t get into the breadth and scope of that volatility. Pretty much anyone who has watched the news for more than five minutes understands what I mean. While I have argued that the world is getting better by most objective measures, there’s no denying that there’s still plenty of conflict.

Whether it’s wars in the middle east or uproars over comic book covers, there are so many things dividing us, as a species. We get into fights, both online and the real world, over both serious and trivial issues. We can never be too content as a society. We always have to be fighting a battle somewhere. We always have to be playing the hero to someone.

This manifests in everything from clashes over identity politics to gender-based double standards to real-world wars that take a horrific human toll. Improvements and context aside, the world is still a scary place and we’re still a bunch of scared children looking for anything or anyone to comfort us.

That’s where Wonder Woman comes in. Like Superman or Captain America, she represents an ideal. Hers, however, is a unique ideal, one that embodies the greatest aspects of female strength. She stands for all that is good about women. Regardless of culture or creed, she represents the love and strength that brings out the best in women.

Regardless of whether you’re a man, woman, or something in between, Wonder Woman stands for a unique set of values that make her both a hero and an icon. She is someone every gender can look up to, but one that uniquely resonates with women. It’s not just that she can fight, fly, and wield power on the same level as Superman. She embodies a different kind of strength, one that sets her apart from other male heroes.

In a very timely move by DC Comics, a recent issue of Wonder Woman’s ongoing comic series demonstrated that. In Wonder Woman #23, by Greg Rucka and Liam Sharp, Wonder Woman goes up against Phobos and Deimos, the devious sons of Ares, the God of War. They try to provoke Wonder Woman into freeing their imprisoned father. It’s a situation where Superman or Batman would’ve tried to fight their way out of. 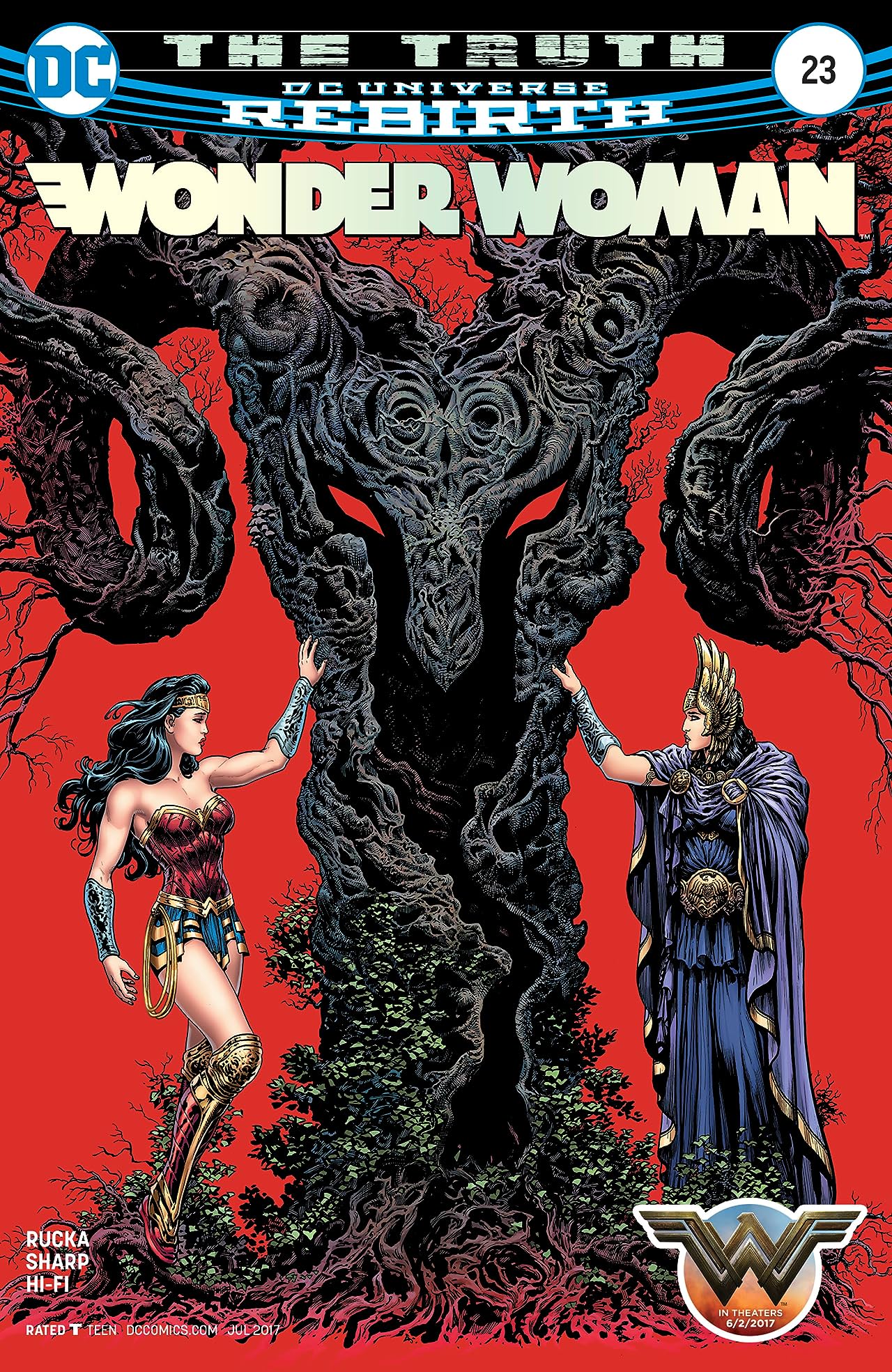 However, that’s not what Wonder Woman does. She doesn’t defeat Phobos and Deimos through violence. She understands that such power with more power is bound to cause destruction, pain, and loss. Instead, she fights them in a different, wholly unique way. She fights them with love.

It’s not nearly as corny as it sounds. It’s a culmination of many conflicts that had been building over the course of a dozen issues, which included more than a few major clashes along the way. In the end, though, fighting power with more power wasn’t the answer. Wonder Woman understood this and chose a different path. It worked too. Phobos and Deimos were defeated and no innocents had to suffer.

Wonder Woman #23 is a perfect demonstration of what sets Wonder Woman apart from other heroes and why she’s such a strong female icon. Sure, the uptight asshats at the United Nations may think she’s too sexy to be an icon, but they’re dead wrong. Wonder Woman’s beauty is a reflection of her heart. That heart, and her ability to use it as well as her fists, is what makes her message more important than ever.

We currently live in an era where everything from feminism to beauty standards is becoming more and more tribal. It’s not enough to just fight for equality and understanding. Everyone has to form their tribe and help it dominate in some way, either by having it play the victim or resort to excessive virtue signaling.

She champions love and understanding for all. She seeks not domination of one idea over the other, but loving submission to the idea that none need dominate. It is possible for everyone, male and female, to humble themselves and open their hearts. We don’t need power over others to achieve peace.

Her message is one that should resonate now more than ever. With her movie finally released, that message has a chance to spread. Sure, there will be controversy. People make up controversies all the time. There was a controversy over Wonder Woman’s armpit hair, for crying out loud. That’s all the more reason to heed her ideals of fighting conflict with love.

It’s been a long, arduous journey for Wonder Woman to get to this point. I’m not equipped to document the sheer breadth of that journey, but the fine folks at Midnight’s Edge have already done the work for me. They recently released a chronicle, of sorts, on how Wonder Woman got to this point and why her movie is so vital to the future of DC and superhero movies in general.

However you feel about Wonder Woman or superhero movies, today is still an important day in our culture. There are still so many issues that plague men and women alike. Now, more than ever, we need heroes like Wonder Woman to show that there’s a better way for us to forge our future.

7 responses to “Why Wonder Woman Matters Now More Than Ever”