Strap yourselves in and tighten your sphincter because this is another one of those posts that I’m sure is going to offend a few people. I try not to do posts like this too often. I like to leave that kind of offending to shock jocks, Fox News, and Kanye West. I’m an aspiring erotica/romance writer. I’m not Howard Stern.

However, sometimes I need to dip my toes in the piss-filled pool of offense in order to make an important point. I did that last year when I explored the mind of misogynistic men that too many women don’t even try to understand. That was hard to write, but it was something I felt needed to be said.

This post is similar. I knew I was going to write something like this when I began my discussion on reasons versus excuses. I also knew that by doing so, I would offend a few people. I’m not going to apologize for that. Sometimes, a message needs to be offensive in order to get the point across.

I want to keep the context broad so that the topic can be applied to every possible instance. From the Islamic extremism that every news outlet tries to mention a thousand times a day to the political extremism that builds shining “utopias” like North Korea, this issue can apply to all of them. It won’t be the most comfortable application. If anything, it’s akin to applying acid to a contact lens.

To understand the common link between all these various forms of extremism, some of which actively try to murder each other in the streets, we need to revisit the concept of “excuse banking.” Sure, it’s a concept I just invented and has as much scholastic weight as a Will Ferrell movie, but it’s a concept that helps make sense of the irrational whims of people who really think they’re rational. 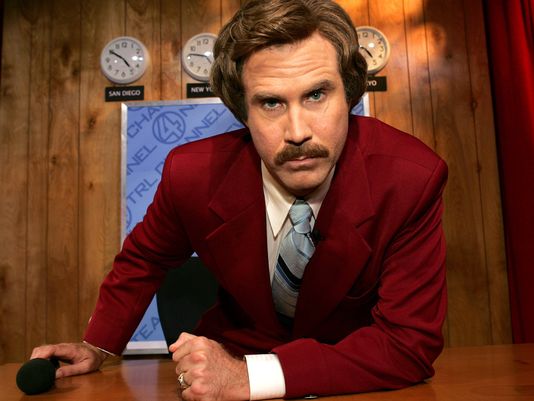 The basics of excuse banking are simple. They take whatever actions, beliefs, knowledge, or social connections someone has and effectively molds them into a ready-made list of excuses to justify their future actions. Excuse banking is basically akin to stocking up on Twinkies so that when you get hungry, you’re ready.

Remember, we don’t make decisions based on logic. We decide first and then look for reasons or excuses to justify them. That’s just how the human brain is wired. That’s how it has been wired since our caveman days and we can’t change that wiring any more than we can change the color of the sky.

With extremism, excuse banking goes a step beyond justifying your decision to buy a thousand posters of a half-naked David Hasselhoff. Extremism, in many ways, is the ultimate manifestation of excuse banking. It provides people with a set of infinitely malleable, constantly excuses to justify pretty much anything. Why else would actual Flat Earth Societies still exist?

In such an extreme, excuse banking goes far beyond just justifying a decision. When someone has such a malleable excuse in unlimited supply, it can lead to a form of self-hypnosis and self-delusion wherein someone actively avoids looking for reasons. They favor, cling to, and obsess over their preferred excuses.

It takes many forms, but the patterns are fairly similar. In religion, especially in the big three Abrahamic religions, there’s a perfect, all-powerful, all-knowing excuse sitting in the clouds. Call that excuse any name you want, be it Yahweh, Allah, God, or Cthulhu, it still functions the same.

If you have faith in said deity, then that deity will bless you and vindicate you. You don’t need to provide reasons for anything. You can just claim that the deity commands or wishes it and that’s the end of the conversation. You don’t need to justify anything else.

You want to murder an abortion doctor? That’s okay because your deity says it’s justified.

You want to blow up a bus full of civilians? That’s okay because your deity says it’s justified.

You want to take slaves from neighboring tribes? That’s okay because your deity says it’s justified.

You want to mutilate the penises of infant boys? That’s okay because your deity says it’s justified.

However it happens, the pattern is fairly clear. In terms of excuse banking, it’s almost too perfect. Having vindication from an all-knowing, all-powerful deity is basically like playing an old video game with cheat codes. Nobody can argue with a deity like that. Nobody can even verify the will of that deity.

Think back to what distinguishes a reason from an excuse. Reasons, by their definition, need to be verifiable on some level. Deities can never be verified. That’s why many religious extremists emphasize faith, which is essentially accepting the belief beforehand, absent any reason.

For the Richard Dawkins’ of the world, that seems dishonest. However, from a purely pragmatic perspective, it perfectly meshes with the wiring of our brain. It perfectly aligns with the process of making decisions first and then justifying them. In that sense, religion has far more advantages than atheism ever will. Sorry, Richard Dawkins, but the game is just not in your favor.

Think about any religious zealot. They’ll claim the same thing. Their deity and their holy book condone, promote, and even command whatever behavior they do, no matter how irrational or atrocious it might be. That’s how terrorists justify their atrocities. That’s how someone can harass the families of dead soldiers and still think they’re a good person. They’ve banked the ultimate excuse to justify that sentiment.

Now I’m not just going to harp on religion. I’ll leave that in the capable hands of South Park and Seth MacFarlane. Religion is just the most obvious example. Political ideology is still a close second though.

By political ideology, I mean any ideology that has an extreme element to them, which is essentially all of them. There may not be an all-powerful, all-knowing deity, but there are still a set of infinitely malleable excuses that adherents use to justify anything and everything.

Communism is probably the most famous example. From the Soviet Union to North Korea, communisms as a concept basically functioned as a deity in that its adherents thought it was perfect. Anyone who claimed otherwise was killed and those who did the killing had a valid excuse. They were protecting communism and the god-like leaders that promoted it. How else could Kim Jong Ill get away with those ridiculous glasses?

It also scales to smaller domains. Here in America, we have political parties who treat their affiliation the same way religious zealots treat their deities. That’s how one party can get so outraged when the other does something, but be totally okay with it when they do the same thing.

Through excuse banking, a political party can justify their actions because they see their party as correct, moral, and ethical party. There’s no reason for this and there’s no way to truly justify that sentiment. By blindly accepting it, they have the ultimate excuse. That’s why it’s entirely possible for a party member who claims to be pro-life to pay for his mistresses’ abortion and still be considered moral.

Go beyond political parties and you’ll find extreme excuse banking in all sorts of fields. It has been happening a lot more in fields subject to political correctness, especially in areas like feminism. It’s already evolved its own set of language and terms, much like any religious or ideological movement.

Such excuse banking can end up dividing an ideology that actually has verifiably good ideas. The inequality of women was and still is an unfair practice, something that feminism worked hard to overcome. However, extreme measures of excuse banking led to horrendously misguided subcultures in that movement, some of which joked about the mass murder of an entire gender. 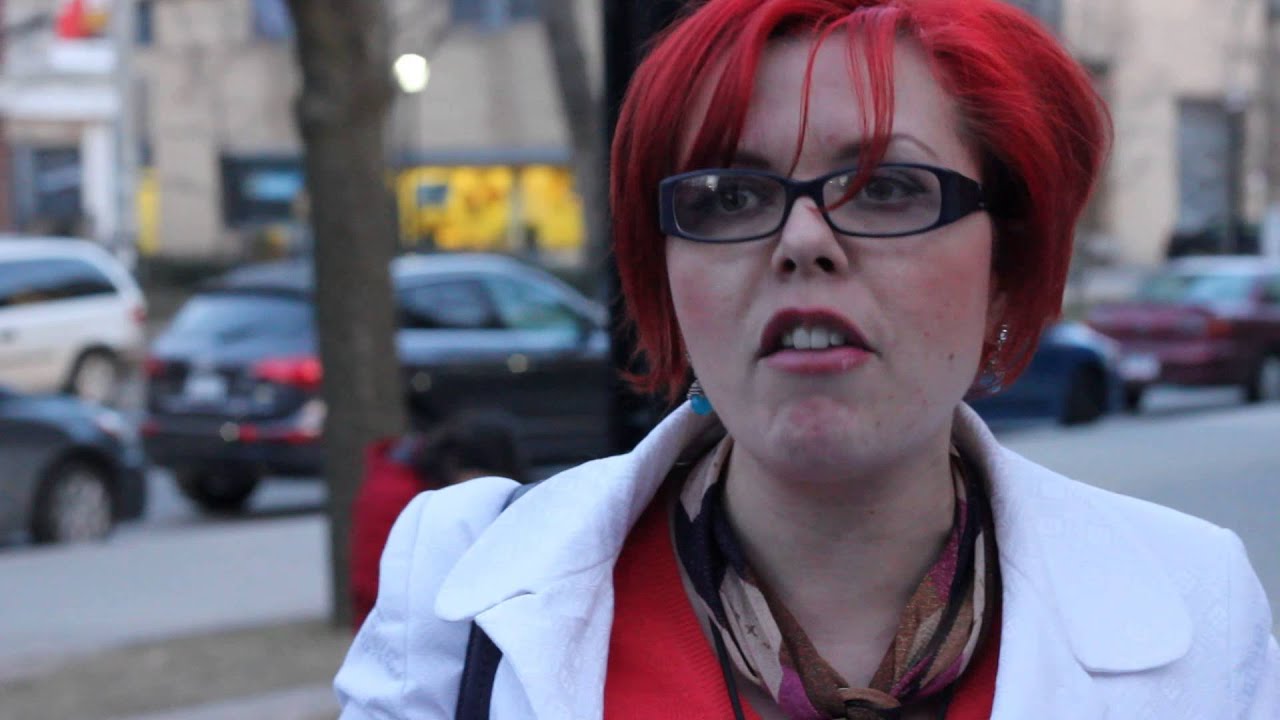 This is the part where I hope everyone can unclench their asshole a bit. I know this is a difficult discussion to have, but these are all topics that affect us profoundly. Whatever the balance in your own excuse bank might be, religion and ideology affect our lives in profound ways. That’s why it’s so important to have a way to make sense of it.

This is also the part where I want to remind everyone that extreme forms of excuse banking in no way makes someone a bad person. I still believe that most people are good people who operate under the same burdens as the rest of us. Some, either by circumstance or endowment, find themselves clinging to certain excuses more than others.

Now I’m not saying that the idea of excuse banking can make sense of every complex sociopolitical situation on the planet. It’s just one tool I’m offering to add to a toolbox that can never be too stocked.