The Boredom Filter: How To Know If Your Agenda/Politics/Ideology Is Doomed

Whenever I talk about boredom, I make it a point to emphasize that it’s a powerful force that’s easy to overlook. In a society that’s full of distractions and ongoing outrage, it’s easy to shrug at the effects of boredom because it’s so easy to find something that keeps you from remembering just how agonizing it can be. I would argue that only makes us more vulnerable to boredom and it’s corrosive effects.

That said, I don’t intend to belabor the power of boredom more than I already have. I feel like I’ve made my case in calling it a potential plague of the future and a force with the ability to subvert the entire concept of Hell. Instead, I’d like to use the power of boredom as a critical tool of sorts, one that might prove useful for those seeking to avoid or exploit its influence.

I call it the Boredom Filter. It’s not unlike the Simpsons Filter that I’ve referenced before in that it’s a method of assessing a message or ideology in terms of how it’ll appeal to the masses. In that context, the Boredom Filter is kind of what it sounds like, but runs so much deeper. It doesn’t matter if you’re a liberal, a conservative, a communist, a reactionary, a theocrat, or an anarchist. It doesn’t even have to be a political ideology either. It can be a philosophical underpinning like Marxism or a social movement like feminism. The Boredom Filter applies to it and, if used properly, can reveal just how viable that ideology is in the long term.

That is, after all, one of the most important measures of an ideology. Any idea, be it a social movement or a new philosophy, can enjoy a brief wave of success. It’s a matter of how well it endures over time that shows just how valuable or useful it is. From fad diets to one-hit wonders in music, the Boredom Filter help reveal whether an idea has what it needs to really last.

Applying the filter is actually fairly simple. It does require some speculation, a few quick thought experiments, and even a touch of brutal honesty. That might be difficult to contemplate for those immersed in extreme ideology. As I’ve noted before, people clinging to those ideologies will make any excuse to justify them.

With that in mind, here’s the process for the Boredom Filter. To ensure the best results, I urge those using it to be extra thorough.

Step 1: Assess the ultimate goals of the ideology and identify which elements may be prone to boredom.

Step 2: Imagine, for a moment, that all the goals of an ideology were achieved and integrated into a society.

Step 3: Within that ideologically pure society, assess how much conformity is required for it to work and contemplate the mentality of the common people residing within it who have no political power.

Step 4: Ask and honestly answer the question as to whether the lives those people are allowed to live, under the ideology, will get boring over an extended period of time.

I understand that part of that process involves contemplating the boredom threshold for other people. That can be somewhat subjective. Everybody is wired differently. Some people can crunch numbers on spreadsheets all day and never feel bored. Others will get bored if it involves spending more than five minutes of reading. For some, it can get so bad that it requires medication.

That said, you don’t have to know or assume everyone’s threshold for boredom. When it comes to speculating on applying an ideology on a large scale, though, it helps to assume a fairly low threshold. That’s because, if history is any guide, people tend to get frustrated with any system that requires a significant level of conformity.

It may not seem like conformity to those who champion the ideology. It definitely won’t seem that way to those the ideology empowers to enforce it, be it a dictator, a religious zealot, or revolutionary. That makes applying the Boredom Filter for those contemplating the ideology all the more critical.

As an example, let’s use the Boredom Filter to examine the two most common political ideologies, liberalism and conservatism. Now, I know these ideologies mean different things to different people in different regions of the world. For the sake of this exercise, I’m going to try and keep things general.

I know there are a lot of other intricacies to both ideologies, but it’s not necessary to account for every one of them. The most important aspect, with respect to the Boredom Filter, is knowing enough to speculate how it would function if implemented on a large scale. By that, I don’t just mean a small community or tribe. I mean on a scale of at least 100,000 people that is not totally isolated and has contact with the outside world.

With that in mind, let’s picture a society that’s a perfect model of conservatism. It’s basically the utopian world envisioned by Ben Shapiro, Rush Limbaugh, and Sean Hannity. Everyone goes to the same church, loves the same historical icons, favors the same social policies, condemns the same media messages, and lives in the same family structure. It’s basically “Pleasantville” for Republicans.

Does that world pass the boredom filter? If we’re applying it honestly, the answer is no. It doesn’t. Remember, that world involves a society in which monogamy is the only acceptable relationship, non-procreative sex is condemned, and scandalous media content is censored in the name of protecting children. It’s a world that does not lend itself to a diverse range of activities that alleviate boredom.

I’ll give a few conservatives a moment to fume on that assessment, but bear with me because I’m going to do the same to liberalism. You might think that liberalism would be more adept at passing the boredom filter. It’s ideology, at least the classic version, is built on freedom and individual rights. How can boredom possibly infect that? 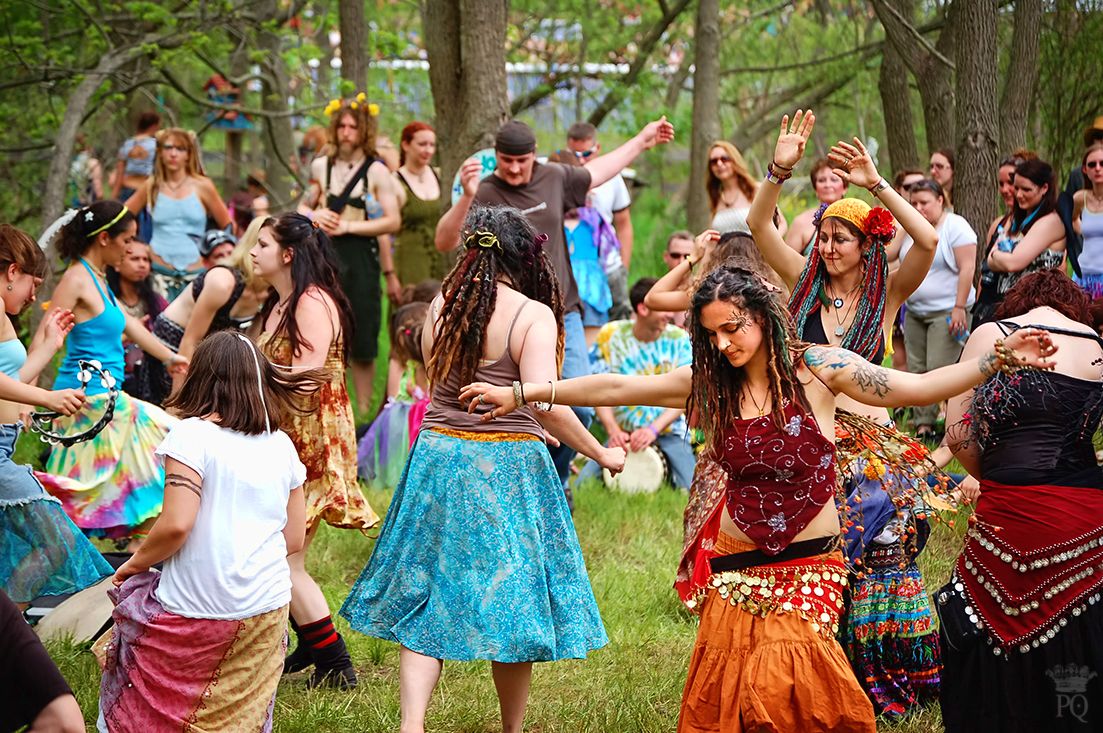 Well, and I’m sure self-identified liberals will be just as upset, but this ideology doesn’t pass the Boredom Filter either. It’s more flexible in some areas, namely those involving social norms. Liberalism accommodates different family structures, artistic expressions, and social expressions. That certainly provides some of the flexibility necessary to alleviate boredom.

Where liberalism fails, at least in the context of modern liberalism, is how it tends to promote micromanaging of life, economics, and feelings. It may not favor censorship, but like conservatism, it does play favorites. The rise and growth of political correctness has really strained liberalism’s ability to pass the Boredom Filter and it may be getting worse.

In that liberal utopia that Bernie Sanders, Nancy Pelosi, and Rachel Maddow envision, there’s not just equality. There’s enforced equality. That equality is done in the name of fairness, but in trying to be so fair, it’s much harder for any person or idea to stand out. If nothing stands out, then everything becomes more monotone and monotone becomes boring.

Liberalism’s association with belaboring oppression and victimhood don’t help either. It’s not that fighting against oppression and protecting victims is a bad thing. Conservatives are against that too, albeit from a different angle. With liberalism, though, that effort has become clouded with endless virtue signaling that comes off as a never-ending struggle.

Even if it’s a struggle worth fighting, it’s going to get boring if there’s no nuance to it. Taken to an extreme, everything becomes too fair and too bland. Media isn’t offensive anymore. History, debates, and discourse are watered down. Add micromanaging the economy to some extent, even if it’s in the name of preventing exploitation, and you end up with the same economy in fifty years that you have today.

In the long run, the Boredom Filter undercuts pure liberalism just as hard as undercuts pure conservatism. I say pure because, contrary to what Fox News and the Huffington Post may claim, few societies in America or any other country not run by Dr. Doom are ideologically pure. Even in the most repressive regimes, there are some moderating forces.

Technically speaking, every political party in every country is moderate to some degree. The key is understanding the extent of that degree and using that as the basis for the Boredom Filter. From that, you can make a fairly accurate assessment of their goals. Some will even state them outright.

It’s rare, if not impossible, for an ideology to ever get to the point where it can implement every policy it seeks and achieve every goal it pursues. That’s why boredom hasn’t destroyed conservatism or liberalism yet. However, the failure of extreme systems like communism and repressive right-wing dictatorships shows that such ideologically pure societies tend to be unstable, at best. 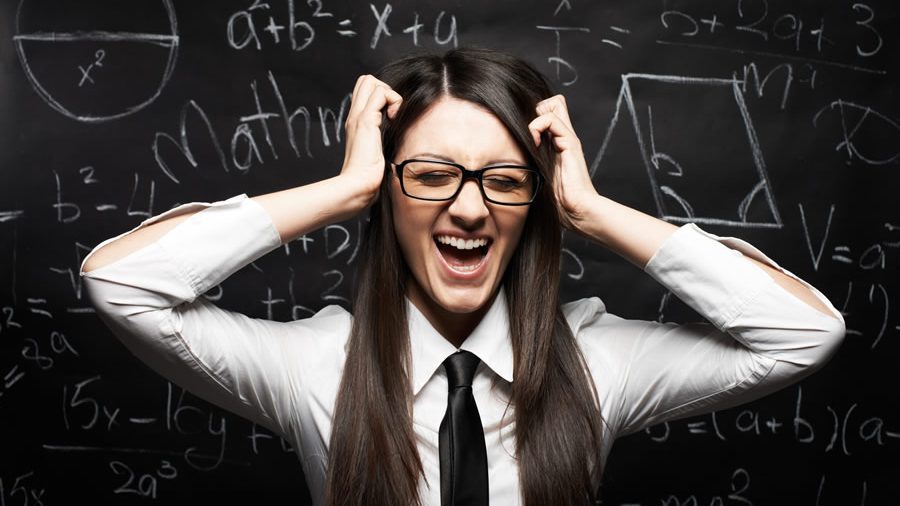 That instability may not always be related to boredom. However, the documented effects of boredom combined with extreme efforts to engineer that utopian society every ideology seeks make for some significant obstacles. For most, if not all, boredom presents an insurmountable obstacle that no ideology can overcome. By applying the Boredom Filter, it helps to uncover which ideology is more vulnerable to it.

4 responses to “The Boredom Filter: How To Know If Your Agenda/Politics/Ideology Is Doomed”