Every generation has heroes, icons, rebels, and blowhards. While they don’t always define that generation, they often act as their voice. Sometimes, they even become a metaphor that embodies their hopes, dreams, and struggles. Other times, they reflect just how screwed up certain parts of that generation became.

The Baby Boomers had the Beatles, JFK, MLK, the Rolling Stones, and the average hippie. Generation X had Nirvana, MTV, NWA, “The Simpsons,” “South Park,” and Bill Clinton. For better or for worse, these people embodied the spirit and attitudes of that generation. Sure, the worse tends to make more headlines, but those who are part of that generation fondly remember the better.

The book is still being written on the millennial generation, which I’m just barely a part of. They’ve still assembled their share of heroes and icons. Steve Jobs, Mark Zuckerberg, Elon Musk, and Barack Obama would definitely fit into that category. I would also list Taylor Swift, Lady Gaga, and Kanye West as musical icons. For heroes, I’d basically put the entire Marvel Cinematic Universe on that list.

That list of heroes and icons is still in flux for millennials because many of them are still young. They’ve yet to go through the natural evolution of a generation where spirits get crushed, rebuilt, crushed a few more times, and then stitched back together in a way that embodies the breadth of their story.

For Generation Z, who I’ve also been talking about, that story is barely beginning. Most of that generation isn’t even old enough to drive or buy a beer, let alone establish who their heroes and icons are. Right now, much of their identity is still tied to that of their millennial parents.

Make no mistake, though. They’re going to rebel against those parents. Every generation does that. It’s like laws that govern gravity, atoms, or the inherent appeal of female breasts. They see what they’re parents are doing, decide that it’s “uncool,” and try to forge their own path. Along the way, they often forge new heroes and icons.

I’ll give millennial parents a moment to dread this process. At the moment, though, Generation Z is still too young to latch onto any icon that isn’t a stuffed animal, a homework assignment, or a game they can play on a smartphone. However, that doesn’t mean some aren’t already emerging.

Once again, I’m going to try and speculate here. That means I need to make the same disclaimer I did with my last post about Generation Z where I say I am woefully unequipped to predict the future. I’m an aspiring erotica/romance writer. I’m as qualified to predict the future as an unlicensed plumber. Please keep that in mind as I attempt to make sense of a generation too young to pay its own phone bill. 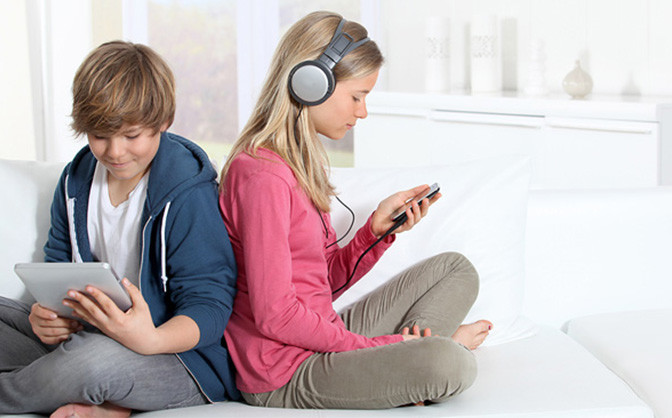 I’m still going to take that chance because I feel like there is an icon emerging, as we speak. He already resonates with a sizable crowd of disillusioned individuals from previous generations. In some respects, he’s a force for utterly deconstructing everything that Generation X, Baby Boomers, and millennials held dear. As a result, he may very well be the first hero/icon that Generation Z rallies around.

To complicate matters even further, he’s not even a real person. He’s a cartoon character on a show that doesn’t air on Saturday mornings. I’ve talked about him before and I’ll probably talk about him again for any number of reasons. His name is Rick Sanchez, the raging alcoholic, nihilistic super-genius from “Rick and Morty,” the greatest show on TV that doesn’t feature a naked Emilia Clarke.

Those who watch “Rick and Morty” as avidly as I do are probably cringing at the idea of him being the voice of any generation, let alone the one the millennials are creating. This is a character who once turned himself into a pickle to get out of going to family therapy. I swear that last sentence is real. Trust me, it’s even crazier than it sounds.

For now, though, I’m going to restrict the discussion to why Rick Sanchez may be their first iconic voice of a new generation. If you’ve read my post about the possible secrets that this generation may possess, I recommend you check that out first. That’ll help make sense of why Rick Sanchez embodies many of the traits that may shape Generation Z.

If there’s one trait that makes Rick Sanchez stand out, even more so than his raging alcoholism or trademark portal gun, it’s his unique brand of nihilism. Granted, it’s not the same nihilism that would’ve made sense to its champions in the 19th century. They probably would’ve drawn a line at turning themselves into a pickle. With Rick Sanchez and Generation Z, the context here is more subtle.

Throughout the various antics in “Rick and Morty,” there’s one common theme. Nothing you do really matters in the grand scheme of things. Nobody has an inherent purpose. There’s nothing mystical, special, or unique about you or the world you live in. Even Friedrich Nietzsche would find that extreme.

As a result, none of the conflicts that play out in “Rick and Morty” follow the traditional path of a story. It’s basically the antithesis of every cartoon, sitcom, or general narrative that we all follow in high school English classes. In the world of Rick Sanchez, all that crap is a total farce. 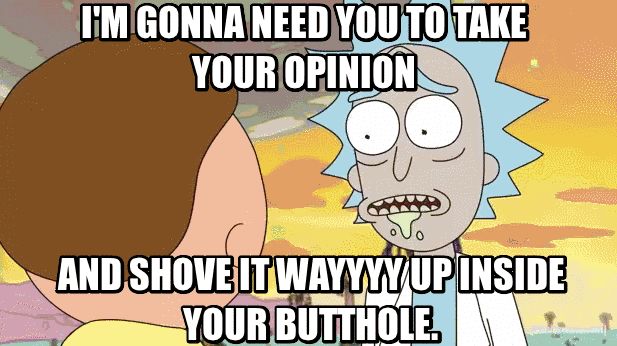 In many cases, especially in episodes like “Meseeks And Destroy” and “Ricksy Business,” the conflict is either forcibly contrived by someone or is revealed to have never been a conflict in the first place. In most cases, Rick Sanchez already knows this and usually can’t be bothered to make much of it. He’s so smart, so capable, and so devoid of ethical boundaries that there’s really no conflicts he can’t resolve with ease.

This is part of why I highlighted him as an anti-hero forged, in part, by boredom. The issue for him is that because he’s so smart, he’s aware that he’s part of a vast multi-verse filled with infinite versions of himself, his family, and everyone he’s ever dealt with. He’s even made allies and enemies with alternate versions of himself in some episodes. It basically reinforces the notion that nothing he or anyone does truly matters.

In that episode, Rick and Morty essentially destroy their entire world. Every human being gets turned into a monster and civilization collapses. Rick’s solution to this is as simple as it is pointless. He and Morty just travel to another universe where he did succeed, but died afterwards. They just go to that universe, bury their own bodies, and take their place. It might be one of the most disturbing, but telling messages of the show. While Morty is horribly traumatized, Rick just shrugs it off. One minute, he’s burying his own body. The next, he’s drinking a beer and watching TV. That’s because he understands how pointless everything is in the grand scheme of things.

In a sense, Morty’s trauma is a metaphor for the millennial mindset. Many millennials are so driven by their sense of passion, social justice, and community. When that gets shattered, it’s pretty traumatic. That’s why a lot of millennials will suffer a major meltdown at some point in their lives. I know this because I’ve had more than a few.

Conversely, Rick Sanchez is the perfect response to that mindset. He’s so smart, aware, and informed that he understands all that drive means nothing in the grand scheme of things. In world that’s so small in a universe that’s unimaginably big, all those hysterical theatrics are pointless.

It’s because Rick’s attitudes are so utterly opposed to those of millennials like Morty that it’ll strike a greater chord with Generation Z than it will with any other generation. Unlike all previous generations, this is a cohort of people that is actually over-educated and over-informed.

Yes, it is possible to be too educated and too informed. The millennials, the most educated generation of all time, have already begun crossing that line. They helped forge a society that has unlimited access to information and is more socially accessible than any generation before it.

However, in recent years, all that information and education has unveiled a problem that only someone like Rick Sanchez could’ve foreseen. Given the sheer breadth of information, as well as the inherent chaos that comes with people in general, it’s impossible to know what’s real, what’s fake, and what’s just plain stupid.

Most of Generation Z isn’t even old enough to drive, but they’ll be entering a world where known falsehoods are alternative facts, all news is fake, everybody lies, and nobody can be trusted. The implications are unavoidable. If everyone is special, then nobody is special. If nobody is right, then it doesn’t matter how wrong everyone is.

That’s not to say there’s no meaning, whatsoever. Even Rick Sanchez shows throughout “Rick and Morty” that he is driven by something. It’s just not the same crap that drove millennials, Baby Boomers, or Generation X. In a sense, everything that drives Rick is more petty and personal.

Rick uses people, selfishly indulges in self-destructive vices, and crosses any line he has to, even before he knows its there. He does all of this because while he understands that there is no meaning to what he does, he still challenges himself. Sometimes it’s just because he can. Sometimes it’s because he really likes a certain flavor of dipping sauce. 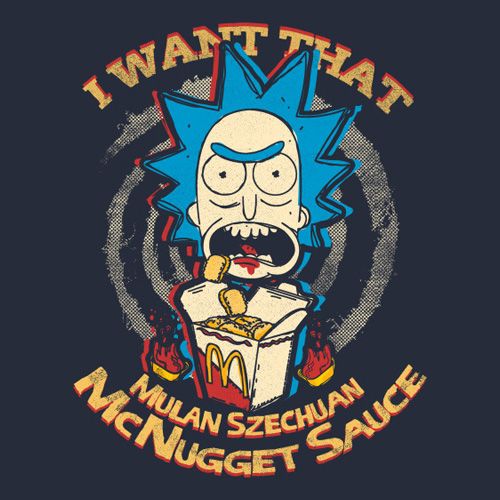 Rick Sanchez doesn’t just understand this. He basically lives it in every episode and he’s fine with that. He doesn’t try to prove himself to anyone, even other versions of himself. He doesn’t bother virtue signaling or making excuses. He just does what he does, understands it’s meaningless, and enjoys himself along the way.

That, more than anything, is what will resonate with Generation Z. They’re inheriting a world where uncertainty is the only certainty. Their millennial parents whined and protested about it. They just accept it, shrug it off, and watch TV like Rick. That’s what will make him a true voice for a burgeoning generation.