Excuse Banking: What It Is, How It Effects Us, And Why It Matters

A big part of what inspired me to explore this topic is a new book I’m reading called “Think Like A Freak.” It’s a book by Stephen Levitt and Stephen Dubner, the two authors behind the best-selling “Freakanomics” books that I’ve enjoyed so much in the past.

There’s a lot to digest in this book and I’m still not done reading it yet, but the primary takeaway is fairly simple. It teaches you to step back from a situation, look at all the complex incentives and motivations surrounding it, and think in new, unorthodox ways to further your understanding. These posts on reasons and excuses are an exercise, of sorts, in understanding things from a new perspective.

I’ve already explored the basics of reasons and excuses. Now, I’d like to expand on those basics and create a new concept of sorts, one not unlike the idea of “caveman logic,” which I’ve cited so often on this blog. Please don’t mistake this for a real scientific concept. I’m as much a scientist as I am an astronaut ninja. This is just me, an aspiring erotica/romance writer, creating a term to encompass a larger concept.

With that said, ladies, gentlemen, and those of unspecified gender, I introduce to you the concept of “Excuse Banking.” It’s not in a dictionary. You won’t find it in any textbooks or erotica/romance stories yet, but it’s an idea that has affected us all to some extent.

Again, this is a term I’m inventing right now with no expertise and nothing but a blog to explore it. I understand that’s like a hobo walking into MIT and trying to build a star ship, but I want use this term to explore the more intimate aspect of reasons and excuses. As anyone who has read my books knows, I’m all for more intimacy.

First off, here’s a quick and dirty definition of what excuse banking is:

In reading over these definitions, it should be easy to recall situations where excuse banking applies to you or someone you know on some level. Have you ever loaned someone money? Have you ever helped them with a chore? Have you ever done a favor and asked for nothing in return?

Well, in doing so, you’re effectively making deposits into the excuse bank that you can use as currency, so to speak. Sometimes those deposits gain interest over time. Sometimes they depreciate. In either case, we use this currency to either garner favors through reciprocity or mitigate stressful, demanding situations we may have at a later time.

Much like caveman logic, the idea of excuse banking reflects the understanding that our brains are wired a certain way. That wiring, unfortunately, is akin to an operating system that never gets upgraded. As far as our brain wiring is concerned, we’re still cavemen living in hunter/gatherer tribes in the African savanna.

Like every other cognitive function, our social behavior does have a basis in neurobiology. That behavior helps guide what we do and why we do it. The behavior, and the wiring behind it, have two primary imperatives that take priority over pretty much everything else. Those priorities are, once again, survival and reproduction.

Nature may be blunt, imperfect, and messy at times, but you can never accuse it of misplacing priorities. When it comes to helping a species thrive, survival and reproduction have to be major priorities. Whether it involves surviving a bear attack or successfully making love to one hundred beautiful cavewomen, those priorities guide a significant part of our thoughts and actions.

It’s for that reason, as I stated in a previous post, that our process for making decisions is so different compared to what we believe. We like to think we’re rational creatures, assessing a situation logically like Spock or Dr. House, and then acting in accord with the utmost reason and morality. That’s the ideal and the basis of multiple superheroes, TV doctors, and scientists.

However, due to that pesky biological wiring that hasn’t been upgraded since the stone age, we do it ass-backwards. We first make a decision, often based on emotion and instinct, and then look for ways to justify it. It’s a good way to ensure we survive bear attacks long enough to get laid. It’s not a good way to promote rational decisions, much to the chagrin of Dr. House. 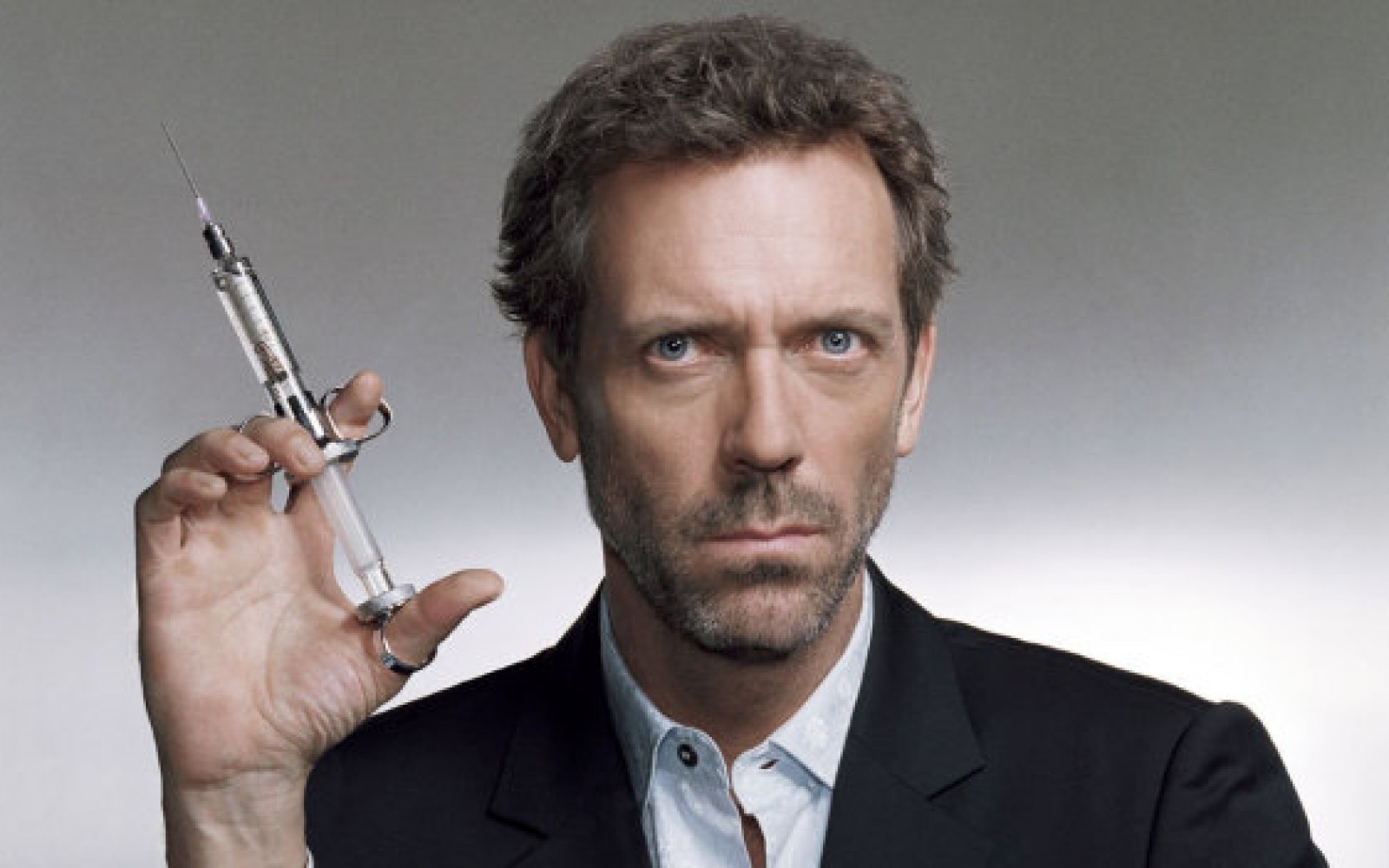 This is the domain in which excuse banking manifests. Regardless of whether or not we believe that this is how we make our decisions, excuse banking ensures we have a way to justify our actions and decisions, especially if they cause us physical or emotional distress.

We do this because there’s a 100-percent chance that at some point in our lives, we’re going to face a difficult decision. Maybe we have to decide whether to lie to a girl to get her attention. Maybe we have to decide whether or not we should trust the guy who claims to be a Nigerian prince wanting to help us collect an unclaimed lottery place. At some point, we will confront these decisions. It’s an inevitable fact of life.

Excuse banking is a way of hedging our bets, so to speak. It encompasses the actions, beliefs, and social connections we make prior to these decisions. We may have different reasons for seeking these connections, but they have the same secondary function. They help deposit excuses that we might be able to use in future situations.

The process of banking excuses is almost always secondary, in that sense. Nobody goes out of their way to do or believe something because they want an excuse to justify their actions. Nobody overtly think, “I’m going to work at this soup kitchen and provide medicine to sick orphans so I don’t feel as guilty when I strangle puppies with my bare hands.” Those that do are probably sociopaths or reality TV hosts.

Like real banking, sometimes the excuses we bank generate interest. This is especially true when actions involve forming a strong social network of people who support you, even when you screw up. They act as a safety net and over time, that net can become reinforced.

Also, like real banking, banked excuses require fees of sorts. You have to pay a price in order to bank a certain excuse. It can be the time and energy we put into crafting social networks. It can be the resources we expend to join a group, mold an identity, or sell our skills. Some fees are small. Some are much larger, but tend to be more flexible.

That’s where excuse banking starts to diverge from actual banking. Unlike hard currency, excuses can be malleable to a certain extent. You can turn past favors, past charity work, and all that money you gave to PETA into excuses you can use in multiple situations.

This is especially true of excuses built around beliefs. Since beliefs are intangible, unmeasurable, and unverifiable, they are extremely malleable. Take circumcision, a topic I’ve covered before, sometimes to an exceedingly personal degree. Absent a tangible medical condition, there’s no logical reason as to why we would cut off part of an infant’s penis.

However, if you inject a sincerely held belief that your particular religion has a tradition regarding circumcision, then that requires a hefty withdraw from the excuse bank. That excuse better be malleable and low cost as well. When it comes to beliefs, though, the cost is usually close to zero and it’s hard to beat that.

Now that’s not to disparage anyone’s sincerely held religious beliefs. I’m not saying that all religions exist as systematic forms of excuse banking. Human beings just aren’t that simple. If they were, then erotica/romance writers like me would have little to work with. Excuse banking is just one of those understated, unseen processes that emerges from our faulty brain wiring.

When put into a proper context, excuse banking can help make sense of an inherently irrational world populated by very crazy people, some of which have their own radio shows. At a time like this, when the concept of “alternative facts” is a thing, we need every tool we can get.

29 responses to “Excuse Banking: What It Is, How It Effects Us, And Why It Matters”