How To Break A Taboo (Or Stop It From Becoming One)

It’s not easy talking about taboos, sexual or otherwise. It’s kind of in the definition. Taboos, by default, are hard to talk about and hard to make sense of. Some don’t even make sense indirectly. If you’ve seen more than two seasons of “South Park,” you understand that.

In talking about weird taboos and the quasi-logic behind them, I try my best to make sense of them. We all have to do that to some extent over the course of our lives. I just try to do it in a way that’s sexy and could potentially lead to sexy stories that I can turn into novels.

There’s no doubt that we’ll be dealing with taboos for as long as we’re a bunch of cavemen running around with smartphones and nuclear weapons. That may change when we get around to upgrading our brains, but even that may inspire a whole host of taboos that we can’t begin to imagine, although I did try.

For now, there aren’t many ways to break a taboo or stop something from becoming taboo. In some cases, it’s downright impossible. No matter what you do, people are going to get weird around certain proclivities, some of which involve some pretty kinky fetishes. Look up something called “cake farts” and try to find a way to not make that weird. 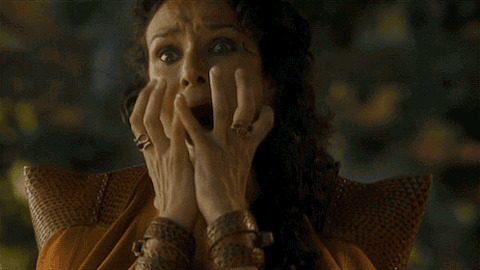 While there may not be a way to completely eliminate some taboos from our society, there are some ways to confront them. It is possible to break certain taboos and/or avoid them from becoming one altogether. Now, that’s not to say it can be done overnight or with a few strategic tweets. People are really stubborn when it comes to taboos, but they will come around if the conditions are right.

With that in mind, here are some of my tips on breaking and/or circumventing taboos. A lot of these tactics can apply to the sexy kind of taboos, but they also apply to others, many of which involve poor people and minorities. Again, don’t take this as a magic pill or something. Breaking taboos is hard and for good reason. We’re a petty species, but we can be reasonable if the conditions are right. That’s a big if though.

This probably won’t surprise anyone who tips generously and has never found used bubblegum wrappers on their pizza. Money talks. It talks a lot. It also influences, more so than we’re comfortable admitting. It can, and often is, a source of corruption. In some parts of the world, that corruption is a big part of the economy. When there’s money to be made by politicians and business people, it can get messy.

No matter how regressive or uptight people may be, when there’s money to be made, people generally follow the money. A taboo that makes nobody any money is easy to clamp down on. A taboo that generates billions of dollars and significant tax revenue is a lot harder to fight.

While I don’t agree with Gordon Gekko’s famous quote about greed, it can sometimes work to others’ advantage. When it comes to legitimizing a taboo, being profitable and taxable on some level really goes a long way. At some point, the money just overpowers the weirdness.

This is more a preventative than confrontational measure. After a taboo becomes entrenched, it can usually find ways to endure any number of expensive lawsuits and litigation. Just look at the Church of Scientology. Truly robust taboos will find ways of exploiting the legal system to their advantage.

If you have a chance to be proactive, though, the legal system can work for you. It’s not too hard to sue for discrimination or harassment, these days. If you’re a minority, it’s even easier and you may end up on the news with Bernie Sanders. They key here is to focus more on the bigger picture, though. One lawsuit alone isn’t going to break a taboo. Many lawsuits, however, will make it impossible to maintain.

This is how a lot of our modern anti-discrimination laws emerged, using a series of successive lawsuits that made preserving old taboos too damn expensive. People may be stubborn, but when it comes to getting their lawyer’s bill, they will eventually grit their teeth and change their perspective. Even if they have the money to pay the lawyers, you can’t always put a price on frustration.

This is one of those uncomfortable, if not infuriating, aspects of taboos and social norms. There are usually a disproportionate number of them that are directly effected, or in some cases imposed, by the rich and powerful. Taboos can be a form of excuse banking, helping rich people justify their treatment of the poor and minorities.

That’s how many people justified segregation, slavery, and feudalism. The system was such that any changes would’ve grossly inconvenienced the rich and powerful. In some cases, it might have completely ruined them.

Say what you will about rich people. They can afford to accept such criticism. They, like any other rational human being, seek to preserve their resources and their power. That’s the entire theme of the “Star Wars” movies. If giving minorities equal rights or allowing women to show their tits in public somehow undermines profits or power, then you can bet they’ll fight it with every ounce of their considerable resources.

Conversely, the act of frustrating the rich can help break taboos and even end them. Rich people want more money. Powerful people want more power. One of the major problems with segregation, among many, is that it effectively cut off an entire customer base. Once minorities could work and earn money, they wanted to do what everyone else does and spend it. The desire to spend money knows no race or gender.

Eventually, rich companies will want that money. At the same time, powerful people will want those votes and support. At that point, a taboo’s days are numbered. Being a racist asshole may be fun for some people, but it gets old fast once it starts costing money.

I’ve spoken before about the power of boredom. It can create super-villains and drive teenagers to cold-blooded murder. It is a powerful force, one that’s plenty powerful to break a taboo.

It’s not easy, though. In fact, I would argue that this is probably the hardest tactic to use if you’re trying to combat a taboo. Taboos usually emerge because something gets a rise out of people, often revulsion or outrage. It’s hard to temper that sort of thing. However, it can be done.

It’s happening right now with taboos surrounding marijuana. When I was growing up, the mere mention of marijuana conjured fear and horror. These days, it mostly conjures scenes from Seth Rogen movies. You could make the argument that public attitudes changed because of growing awareness of the effects of marijuana compared to alcohol. I would argue that the debate just got too boring.

Now that marijuana is becoming a full-fledged industry, there’s a financial incentive to break the taboo. However, it’s the lack of horror and outrage that comes with smoking a joint these days that really undermines the taboo. Say what you will about Seth Rogen. The man isn’t exactly scary. Without that fear, boredom usually follows.

Tip #5: Give A Taboo Political Connections

This is another aspect of making a taboo too expensive to preserve. Sometimes, it’s just not enough that taboos cost businesses money, as racial segregation often does. Even when the economics are on your side, you still need powerful allies when combatting or preventing a taboo.

This is where it pays to have powerful friends who owe you money and/or favors. You don’t always need compromising pictures of them either, but that can help. This is a big part of how the gay rights movement got off the ground. They had the support of billionaires and well-connected individuals who could influence people in power. Money talks, but sometimes political connections shout.

Again, it can cut both ways. There are billion-dollar organizations that fight to preserve taboos, but at least it’s a level playing field. Unlike the working poor, some taboos have billionaires who spend time, money, and favors to fight them. That’s a big part of how same-sex marriage became legal.

So as a rule-of-thumb, it helps to have both rich people and powerful connections in fighting a taboo. Granted, those same taboos could use similar tactics, but they’re at the mercy of the same limits. That means that if, despite the battles between billionaires and power brokers, a taboo simply doesn’t jive with our caveman brains, then it’s going to fail in the long run.

Tip #6: When In Doubt, Turn A Taboo Into A Party

This tactic is probably the most enjoyable, as well as the most satisfying. We humans love to party. We’ll look for any excuse to throw a party, have some fun, and take our clothes off without public shame. Taboos can be serious, scary, and depressing. Parties are the exact opposite of that.

Fighting a taboo with a party is like fighting fire with a waterfall. It’s using a diametrically opposing force to combat something. Mix in music, dancing, alcohol, festivities, exposed body parts, and an excuse to leave work early and you have the perfect antidote to a taboo.

This is what Mardi Gras does once a year. This is what Brazil does with Carnival. Taboos, reservations, anxieties, and fears all melt away in the spirit of having fun and enjoying yourself. This is especially potent for sexual taboos. These taboos, and the social norms built around them, tend to be frustrating and difficult for those who preserve them. A party is like a release, one that’s easy and enjoyable for all those involved.

So if you want to start the ball rolling on breaking a taboo, don’t hire a lawyer or make friends with a billionaire. Start by throwing a party. Make it fun, festive, and happy for all those involve. No taboo will stand a chance.

There are probably more tips and tricks for beating taboos that I didn’t list. There are likely a lot more that I didn’t even think of. Again, I’m not an expert. I’m an aspiring erotica/romance writer who tends to overthink certain subjects more than most, be they comic books or sleeping naked.

While I don’t expect these methods to spare us from a future of censor bars and blurred tits, I hope it makes people aware of the mechanisms behind taboos. They’re rarely logical and they tend to reflect certain proclivities in our society that we’d rather ignore. If we’re to make progress as a species, though, we should confront them and, if necessary, kick them in the ass.