The following is a video from my YouTube channel, Jack’s World. This video is my first attempt at a fan theory. For this theory, I attempt to surmise a way for Marvel Studios to integrate mutants into the Marvel Cinematic Universe. We already know they’re coming. Kevin Feige has announced it. A variant of Charles Xavier showed up in Multiverse of Madness. And mutation was directly referenced in the finale of Ms. Marvel.

But even though we know mutants are set to enter the MCU, there remains a number of pressing questions.

Where have they been all this time?

Why did mutants never show up during major events like Infinity War?

This theory, which I call the Onslaught Theory, attempts to answer that with a hypothetical scenario that builds directly on recent events. Please note this is just my personal theory. It may or may not get debunked in the near future.

Some movies just never get a fair chance to succeed. It’s sad, but unavoidable sometimes. There are just too many forces working against certain movies and too many people have already primed themselves to hate it before they ever see it.

Sometimes, those movies go onto become cult classics. It just takes time for people to rediscover the movie and appreciate it for what it achieved. That is my sincere hope for “Dark Phoenix,” a movie I’ve praised before and even done YouTube videos about. I genuinely believe that this is a movie that fans will appreciate more as time goes on.

It had so many things working against it. It just never got a fair chance because of the pending Disney/Fox merger. I feel like it got critically panned for reasons that had nothing to do with the actual quality of the movie. Fans and critics alike just decided to hate this movie because it was part of a dead cinematic universe and it wasn’t in the MCU.

That’s a bullshit reason to hate a movie and most reasonable people understand that.

Now, I believe the time is right for “Dark Phoenix” to get another shot. That’s because today, “Dark Phoenix” has officially arrived on Disney+ and anyone who never gave it a chance when it came out can truly judge for themselves.

If you have a Disney+ subscription, I highly recommend adding this movie to your queue. Forget everything you’ve heard from the critics. Forget the popular perceptions surrounding this movie. Just check it out and see for yourselves.

I believe that this movie’s worth will reveal to a new audience. I also believe the time is right because we haven’t had much news about the future of the X-Men movies in the Marvel Cinematic Universe. We know they’re coming. We just don’t know when or what form it’ll take.

Since it’ll likely be a while before we see any mutants show up in the MCU, the time is right to appreciate what the Fox movies gave us. Many of those movies are already on Disney+ and I think “Dark Phoenix” is the hidden gem the franchise needs right now.

Again, just give it a chance. You might be surprised by how much you enjoy it.

Inhumans vs. X-Men: Anatomy of a Misguided (and Dumb) Rivalry

The following is a video/mini-documentary that I made for my YouTube channel, Jack’s World. I’ve actually been working on this video for quite some time now. I feel it’s finally ready for release. It’s a grand overview, as well as my own personal take, on the brief, but impactful rivalry between the Inhumans and the X-Men. It’s also me making the case that this was a case study in how not to develop a rivalry.

Please note that, while I tried to be fair and objective, I couldn’t help but go off-script in a few areas. Trust me. You’ll know it when you see it. I still try to tell the story of this rivalry in as fair a way I could. Enjoy!

The following is a video from my YouTube channel, Jack’s World. It covers some recent rumors that have been circulating about the future of the X-Men in the MCU. Please note that these rumors are not substantiated. There is no inside source at work here. Most of this information comes from the site, BGR. So, please take them with a grain of salt.

That disclaimer aside, I made this video as a general reaction of sorts. This is also the first time I used my new video editing software. Please let me know if you can see a difference in the overall quality. Enjoy!

Jack’s World: My Theory About “WandaVision” And Mutants In The MCU

I had a plan in place for my next video for my YouTube channel, Jack’s World. It was a good plan. Then, I saw Episode 5 of “WandaVision” and I just had to change it. If you’ve been following this show, you probably know why. There have been a lot of strong reactions to it, as well as new fan theories.

Now, I was going to wait until the end in order to formulate my own theories and do a proper review. I just can’t wait that long. I’m sorry. I’m weak, in that respect. This video was a bit rushed, but it’s my own quick reaction to what’s been going on in “WandaVision” and the possible implications for mutants in the MCU. Enjoy!

“Deadpool 3” Is Official! What Now?

Marvel Studios, the alpha and omega of superhero movies, is going to produce “Deadpool 3” and it will be R-Rated, just like its predecessors. I think I speak for all fans who saw the first two Deadpool movies multiple times when I say we’re both excited and relieved.

That said, this wasn’t exactly a long shot. Marvel Studios making “Deadpool 3” was very likely to begin with. The first two movies made a combined $1.5 billion on a total budget of $268 million. That’s a damn good return on investment and after 2020, Disney needs that badly. That may mean doing some R-Rated things that Disney isn’t used to, but when they’re badly in need of cash, they won’t dare change the winning formula.

Even if it was inevitable, it’s still always comforting to get confirmation. We can finally stop speculating. Marvel Studios’ big boss, Kevin Feige, confirmed it with his own words.

Marvel Studios president Kevin Feige has said that the next Deadpool movie will be R-rated, and be part of the MCU – with Ryan Reynolds working on a script right now.Speaking to Collider during a WandaVision press event, Feige went into a little more detail about the project:

“It will be rated R and we are working on a script right now, and Ryan [Reynolds is] overseeing a script right now… It will not be [filming] this year. Ryan is a very busy, very successful actor. We’ve got a number of things we’ve already announced that we now have to make, but it’s exciting for it to have begun. Again, a very different type of character in the MCU, and Ryan is a force of nature, which is just awesome to see him bring that character to life.”

This is all great news for me. I love every word of this. I’m already very excited to see the X-Men join the Marvel Cinematic Universe at some point. The prospect of seeing Deadpool in the same world that Kevin Feige so masterfully created over the course of a decade is just too awesome for words.

Rest assured, I’ll be first in line to see “Deadpool 3” in its R-Rated glory. I sincerely hope it includes plenty of quirky references about the MCU, other Marvel characters, and the kind of crude humor that makes Deadpool and actor Ryan Reynolds so inherently lovable.

As excited as I am, I do have some burning questions that I’d like to put out there. I imagine my fellow Deadpool fans are asking these questions as well. Most of them boil down to this.

What does an R-Rated Deadpool movie produced by Disney even look like?

It’s not an unreasonable question. Let’s not forget that the first two Deadpool movies contained content that never would’ve been authorized by Disney.

There were multiple F-Bombs and plenty of poop jokes.

There was gratuitous, blood-soaked violence that involved guns, katanas, and even a Zamboni.

This is all par for the course with Deadpool. What we saw in the movies is not that different from what regularly happens in the comics. This is stuff that does not at all jive with Disney’s family friendly, princess loving image. The Marvel movies in the MCU are great, but they have strict PG-13 lines that they’ve never dared cross.

This is what Ryan Reynolds had to say.

It’s adorable, but it still leaves the question unanswered. We probably won’t know for sure until more details come out, which could take years. In the meantime, I’ll continue to wait and agonize over this issue. If nothing else, I take comfort in the knowledge that Disney badly needs another billion-dollar blockbuster and if that means dropping some F-Bombs, I think they’re willing to pay that price.

Deadpool is worth it.

Jack’s World: The X-Men Joining The MCU: What I Hope Vs. What I Expect

The following is a video from my YouTube channel, Jack’s World. It’s a video essay in which I reveal my hopes for the X-Men whenever they join the Marvel Cinematic Universe. I’ve written about it before, but I added a bit more speculation and expectation here. I also got a chance to use a new mic and sound editing software. Hope it makes a difference. Enjoy!

The following is a video for my YouTube channel, Jack’s World. It’s a bit of a shift from my previous videos. In this, I try to dissect certain TV tropes from some of my favorite shows. For this video, I’m breaking down how capitalism manifests in two distinct characters, namely Montgomery Burns from “The Simpsons” and Bob Belcher from “Bob’s Burgers.”

I’m very curious to see what kind of response I get here. If you like what you see with this video and want to see more like it, please let me know. Thanks and enjoy!

The following is my first video movie review for my YouTube channel, Jack’s World. After a summer being locked down due to a global pandemic, movie theaters in my area finally re-opened. Fittingly enough, the first movie I checked out was the frequently delayed “New Mutants.” Was it worth the wait? Well, see for yourself! 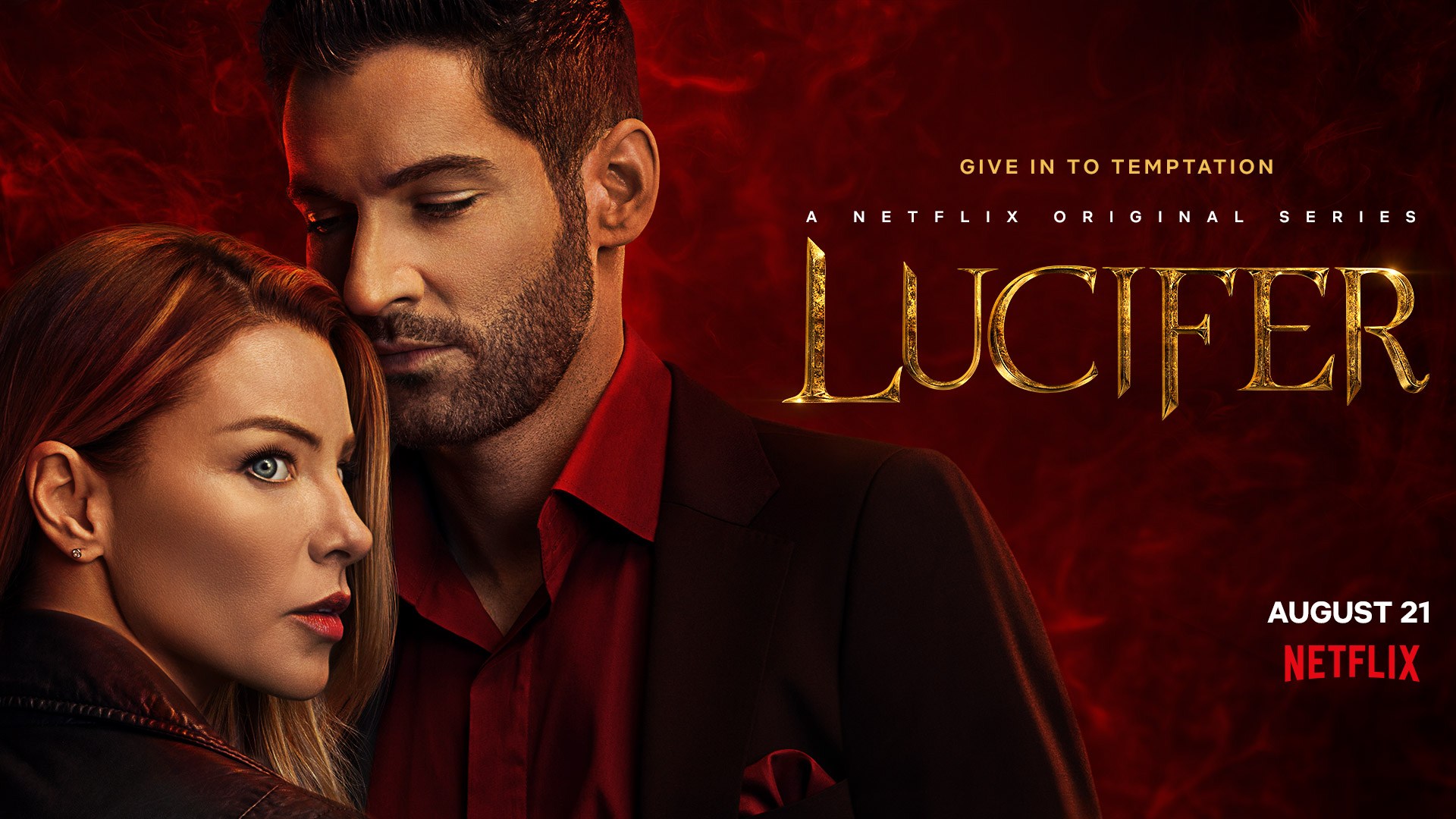