Five Reasons Why Marvel SHOULD Make An Avengers vs. X-Men Movie 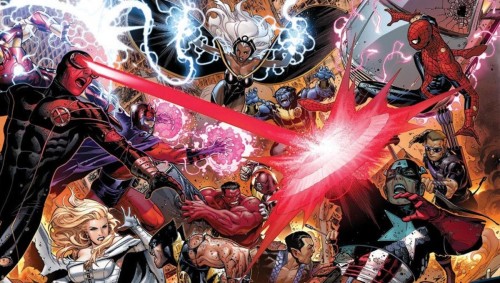 What can be said about the Marvel Cinematic Universe that hasn’t already been said, affirmed, or celebrated? I know I’ve said plenty about it, both in glowing terms and with real concern. Being a fan of superhero comics and the superhero genre, in general, I don’t think I can add much more to the near-cosmic status of this cinematic achievement.

The support of the fans and the billions made at the box office speaks for itself. Say what you will about Disney’s desire to exploit fandoms out of their money. They know how to give the people what they want. Between the recent success of “Captain Marvel” and the insane expectations surrounding “Avengers Endgame,” it’s hard to imagine this decade-spanning franchise ascending to greater heights.

I believe it will, though. I also believe that part of that ascension will involve pitting the Avengers against the X-Men in a clash that is sure to rock the foundations of the MCU. I know that’s somewhat of a reversal of my previous opinions, but recent events have led me to reconsider my position on the Avengers fighting the X-Men. 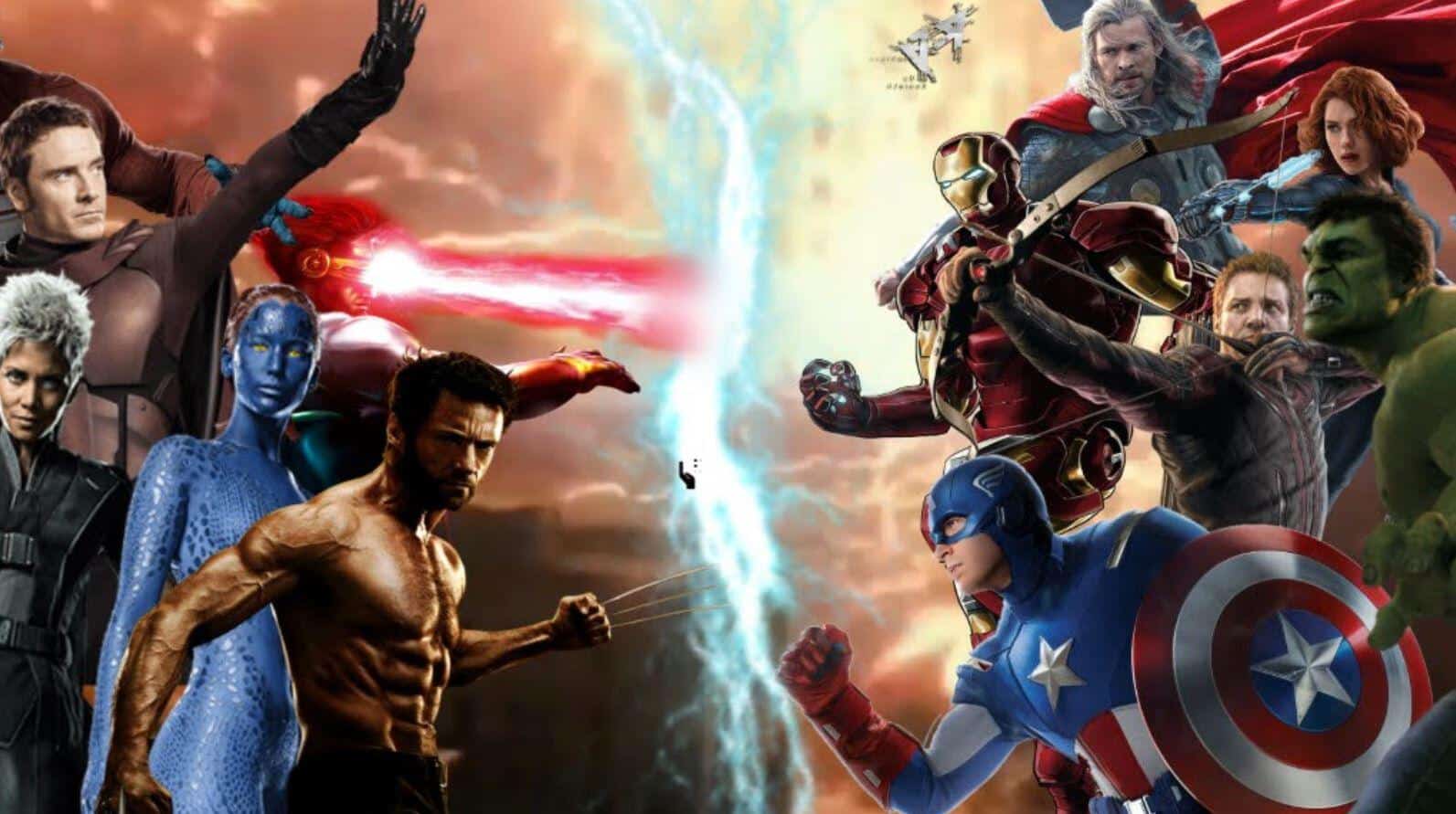 This isn’t just me, a passionate fan, speculating on what I think will happen once “Avengers Endgame” and the Disney/Fox merger is final. We already know that the X-Men and Fantastic Four are scheduled to arrive in the MCU at some point. It’s the impact they’ll have that’ll set the tone for the future of the MCU and there are already rumors about that impact swirling.

Now, all internet rumors should be taken with the smallest grains of salt, but according to We Got This Covered, a site with a mixed reputation at best, the top brass at Marvel Studios are already plotting a future Avengers vs. X-Men movie. If true, in whole or in part, it would be a bold move, even by the lofty standards of Marvel and their Disney overlords.

It would definitely be a gamble, that’s for sure. That’s because the Avengers and X-Men have clashed in the comics before. There was even a major crossover event entitled “Avengers vs. X-Men” back in 2012. While I won’t get into the specifics surrounding that event, I will go on record as saying that it’s not one of those iconic Marvel stories that fans hold dear. 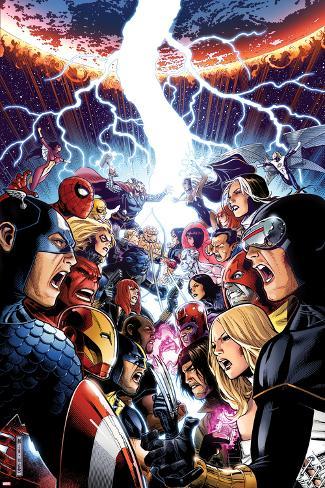 In fact, “Avengers vs. X-Men” is probably the most controversial and divisive story Marvel has told in the past 15 years. It’s not just because it pitted two iconic superhero teams against one another for reasons that weren’t properly fleshed out. It marked the point where heroes fighting other heroes officially got old.

It doesn’t help that the MCU already had a major clash like that with “Captain America: Civil War.” It helps even less that “Batman v. Superman: Dawn of Justice” burned fans out even more on the topic. However, by the time Marvel and Disney get around to making an Avengers vs. X-Men movie, I believe the time will be right to tell this story.

Right now, the MCU is in a bit of a transition. “Avengers Endgame” is set to conclude the story that began with “Iron Man” back in 2008. The arrival of the X-Men and the Fantastic Four in the MCU hasn’t even begun yet and the powerful voices at Marvel Studios have already indicated that they’ll be starting from scratch.

Whatever form their arrival takes, it’s sure to take the MCU in new directions. However, I believe an Avengers vs. X-Men movie would unite the new aspects of the franchise with the old. It would act as a catalyst, of sorts, to connect the stories of the present to those in the past. If done right, it could carry the MCU to heights that Thanos himself couldn’t have achieved.

While I am not a fan of how the conflict played out in the comics, I believe the likes of Kevin Feige and Laura Shuler Donner could craft a superhero battle for the ages that will leave fans like me excited for another decade. What follows are my top five reasons why I believe Marvel and Disney should pursue Avengers vs. X-Men movie.

I concede there are many who don’t share my sentiments. I welcome any comments arguing to the contrary. For now, though, this is why I believe such a movie would fit perfectly into the cinematic marvel that is the MCU.

Reason #1: It Would Highlight (And Confront) The Discrepancies On How The World Approaches Superpowers 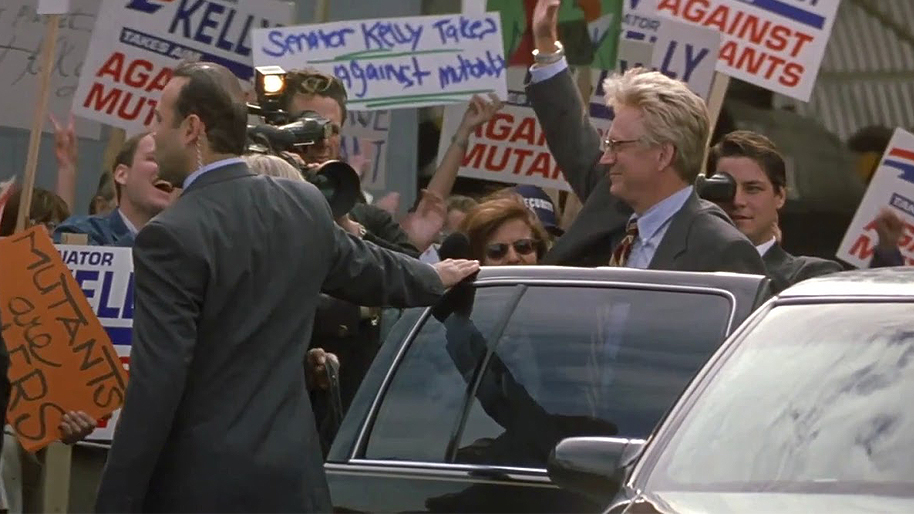 As soon as the X-Men arrive in the MCU, they’ll be faced with a frustrating double standard. Spider-Man has superpowers that he uses to swing around New York City, fight bad guys, and save the day. In general, he’s celebrated as a hero, along with most of the Avengers. The X-Men use their superpowers to do the same, but are labeled dangerous threats. What gives?

There are a lot of political and logistical reasons for this. Unlike other heroes, the X-Men are mutants. They were born with their powers. They’re part of an emerging sub-species that may or may not render homo sapiens extinct. That scares ordinary people more than some kid who just got superpowers in a random accident. How does society and established superhero teams deal with that?

It’s a relevant question and one the Inhumans failed miserably at addressing. Part of what made “Captain America: Civil War” such a compelling movie was that it didn’t avoid the complexities of this issue, acknowledging how difficult it is to hold people with superpowers accountable. That conflict was never fully resolved. In an Avengers vs. X-Men movie, the stakes would be even higher.

Unlike “Captain America: Civil War,” however, neither side can leave the conflict unresolved. Mutants will still emerge. People will superpowers will continue to exist. It puts iconic heroes in difficult positions that they can’t punch, stab, or smash their way out of and that often brings out the best and worst in these iconic characters.

Reason #2: It Would Raise The Stakes Surrounding Mutants In The MCU 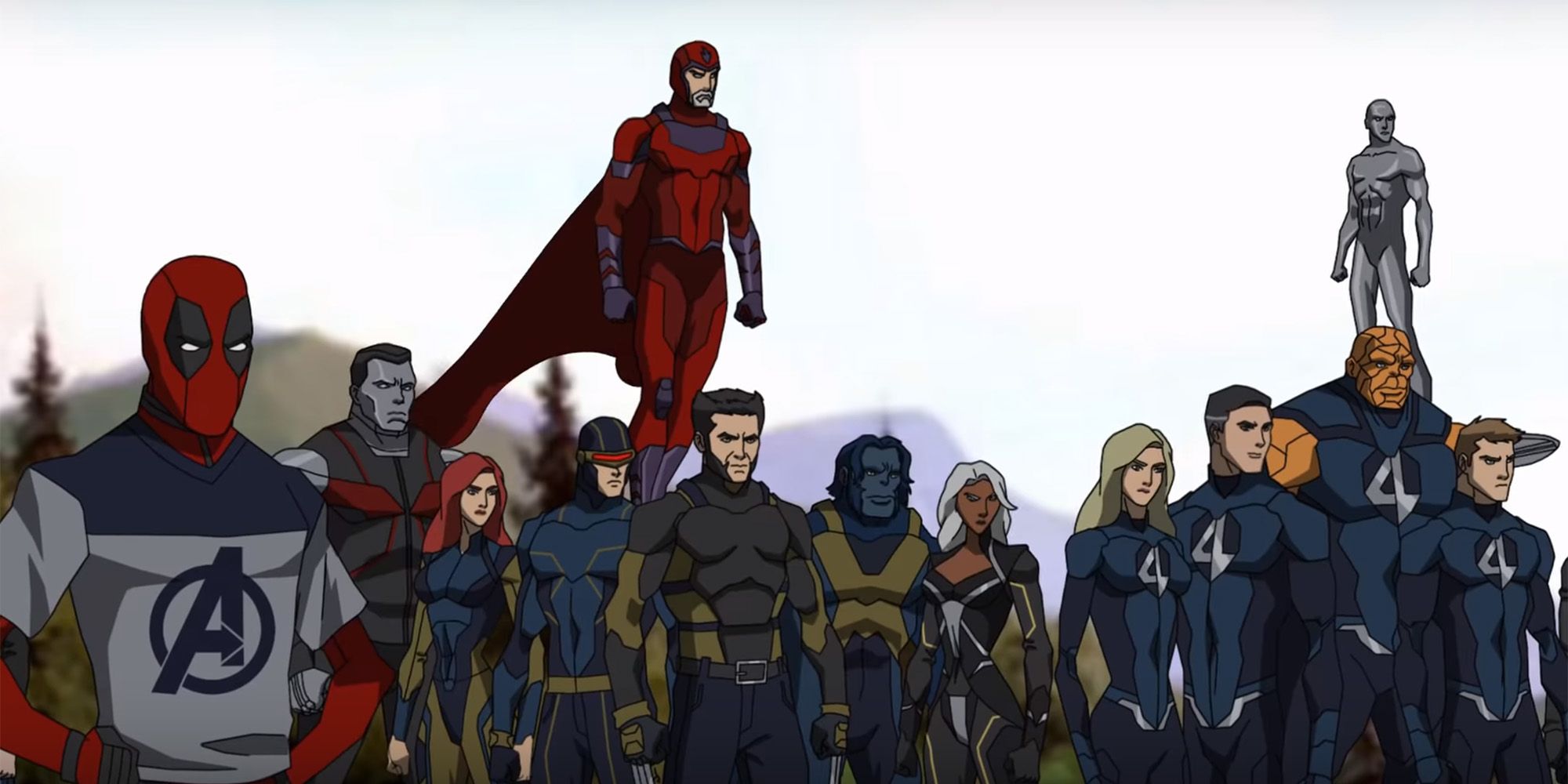 In many ways, a clash with the Avengers would be the best way to show just how big an impact they’ve had on the MCU. Once the Avengers take notice, there’s no ignoring it anymore. Neither mutants nor the X-men would be able to operate in their own little niche of the MCU. They would have to play a larger part in a world that has already incurred a lot of damage from super-powered beings.

This sort of step is necessary in the overall narrative surrounding mutants in the MCU. It would be their coming out party, so to speak. It would show how far they’ve come and how much farther they have to go in terms of gaining legitimacy in the MCU. The X-Men, especially, have a lot to gain and a lot more to lose.

Unlike the Avengers, they can’t fall back on their reputation of having saved the world from Ultron or a Chitari invasion. They’ll be this upstart superhero team fighting to protect a group of vulnerable minorities who may or may not present a clear danger to those around them. It’ll be their chance to show that they belong on the same stage as the Avengers and the MCU will be better because of it.

Reason #3: It Would Intensify Rivalries And Ruin Friendships 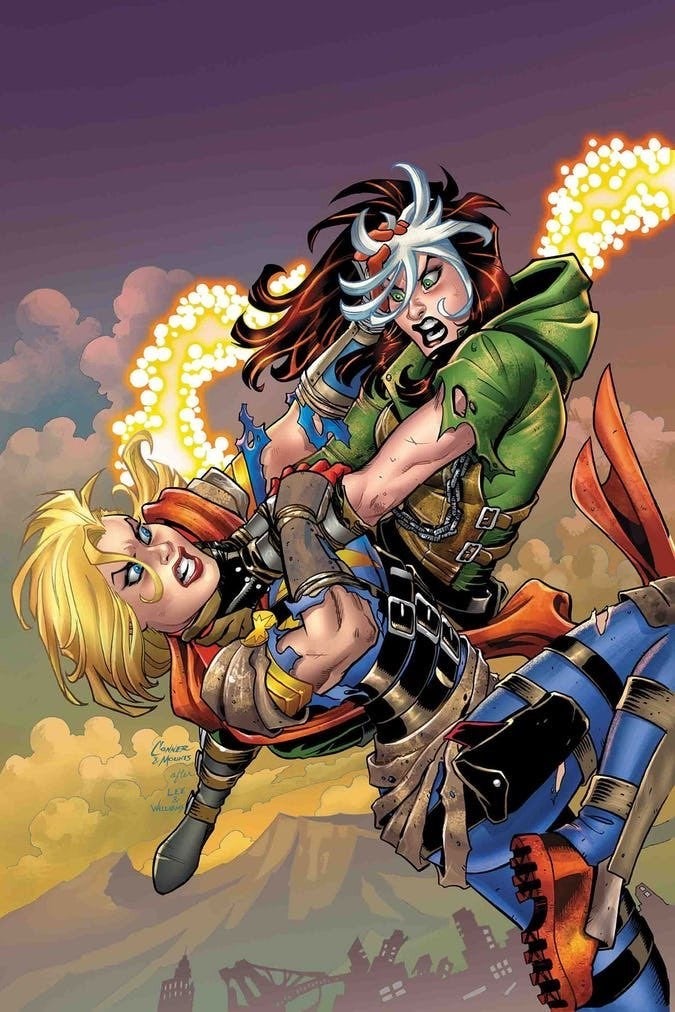 There are plenty of rivalries in the comics that haven’t yet made their way into the MCU. Some are more prominent than others. The recent arrival of Captain Marvel lays the foundation for an especially big rivalry between her and Rogue, which would certainly add more personal stakes to an Avengers vs. X-men movie.

Beyond rivalries, the comics are full of friendships and connections that run quite deep. Wolverine had close personal ties to both Captain America and Black Widow in the comics. Storm has an extensive, albeit flawed, relationship with Black Panther. A number of X-Men have even been Avengers at some point.

Any clash between the Avengers and X-Men is sure to complicate every friendship and rivalry the two teams may have. Some of those connections will take time to develop. It’s very likely that the next phase of the MCU will probably focus on that in addition to integrating mutants into the MCU. An Avengers vs. X-men movie could simply act as a boiling point where it all comes to a head.

Reason #4: It Would Complicate What It Means To Be A Superhero (In A Good Way) 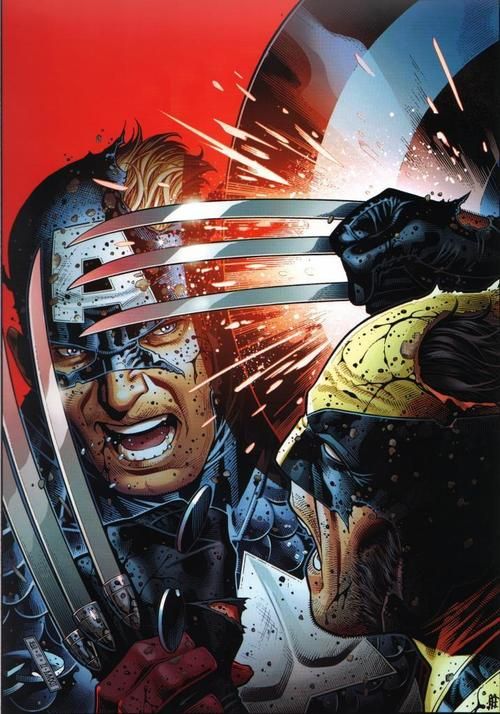 To some extent, the Avengers were lucky that Marvel Studios couldn’t use the X-Men in the early days of the MCU. In a world without mutants, being a superhero was less complicated. They just needed to use their powers and abilities in a heroic way. Then, they had to assemble and show that they could win wars against invading aliens.

The presence of an entire race of super-powered people, many of which are not inclined to be superheroes, adds a huge complication to the path towards heroism. The fact that mutants have powers presents them and non-mutant heroes with a conundrum.

Are mutants who don’t use their powers to be heroes irresponsible?

Are mutants who choose to use their powers for heroics on the same level as those who got their powers through another means?

These questions don’t have clear-cut answers. In a world where superpowers exist, mutants are a huge complication and the X-Men are on the front lines of it all. They try to inspire other mutants to do what they do while protecting those who choose a different path. They do so knowing that it only takes one mutant using their powers irresponsibility to do a lot of damage.

In an Avengers vs. X-Men movie, the very merits of being a superhero will suddenly be up for debate. That debate won’t likely be resolved with civil conversation and intelligent discourse. Whenever someone like Wolverine and the Hulk are involved, it’s a given there’s bound to be plenty of stabbing and smashing.

Reason #5: It Would Create New Opportunities For Better Villains (With Better Motivations) 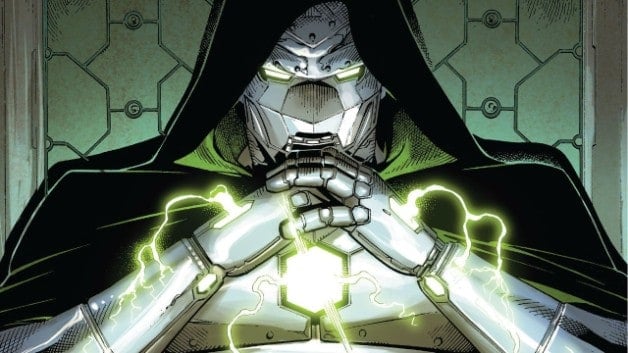 Every clash between superheroes comes with a cost. “Captain America: Civil War” effectively divided the superhero community, which made them ill-prepared when Thanos arrived in “Avengers: Infinity War.” The comics followed a similar theme. After the original Civil War event, the entire world became vulnerable to a Skrull invasion.

A battle between the Avengers and X-Men will create a new host of vulnerabilities. For villains, it’s a golden opportunity to establish themselves in a world that is suddenly crowded with superheroes. While Thanos, Loki, and Killmonger all raised the bar for villainy, they couldn’t have emerged without the right opportunity.

With mutants, there aren’t just new opportunities. There are entirely new dynamics at work. It’s no longer a world in which superpowers are just complicated accidents. They can happen in individuals simply by being born. Within those dynamics, new kinds of villains with entirely new motivations can emerge.

Good villains are every bit as critical as good heroes, more so today than in previous eras. If the MCU is to continue to dominate, it needs to nurture the development of those villains while also creating vulnerabilities for them to exploit among heroes. An Avengers vs. X-Men movie would accomplish both.

There are probably other reasons I could list as to why I feel Marvel Studios should make this movie. There are probably plenty of other reasons why they shouldn’t. With the future of the MCU once again set to change after “Avengers Endgame,” the possibilities are vast. With the inclusion of the X-Men, and all the complications that come with them, it’s poised to evolve in bold new ways.

4 responses to “Five Reasons Why Marvel SHOULD Make An Avengers vs. X-Men Movie”