Soaring to new heights, venturing into uncharted territory, and achieving greater things always requires a great deal of risk. If you do what you’ve always done, you’ll only get what you’ve always gotten and that’s just not enough for some people. For Marvel Studios, the gold standard by which all other movie studios are measured, it has to take those risks in order to expand its dominance into another decade.

A movie as big as “Avengers: Infinity War” or as diverse as “Black Panther” had high stakes on top of higher aspirations. They had to keep raising the bar that Marvel Studios had already raised to unprecedented heights. Those movies both succeeded and raked in record profits, but even those movies never faced challenges like the ones faced by “Captain Marvel.”

Without a doubt, this movie will go down as one of the riskiest movies Marvel Studios has ever made, which is saying something for the same studio that made an “Ant Man” movie. It’s not just because “Captain Marvel” is Marvel’s first female-led superhero movie, nor is it because DC set a pretty high bar with “Wonder Woman.” “Captain Marvel” arrives with more baggage than any other superhero movie not associated with Joel Shumacher. In some respects, it’s coming out at the worst possible time. This is an era where gender politics are on a hair-trigger and features an actress who has been outspoken on where her political affiliations lie. It’s like bringing a tank of gasoline to a growing wildfire.

The context of this movie and its politics are already well-documented and I’ve made my opinions on it known. Beyond the politics, the heated gender debates, and coordinated efforts to tank this movie, there’s still one critical question that overrides all the baggage and burdens.

Is “Captain Marvel” a good movie?

Having seen it at a midnight showing in which the theater was quite packed, I can say in my humble opinion that yes. It is a good, entertaining movie. It doesn’t deviate too far from the Marvel Studios tradition of making superhero movies that are fun, entertaining, and heartfelt. However, “Captain Marvel” ends up achieving much more than that.

Before I go any further, I want to make a few comments about the heated politics surrounding this movie. I’m not going to focus too much on them, but I’m not going to avoid them, either. I get that some people will go into this movie with certain expectations and look for any excuse to justify those expectations. This is my response to those specific individuals.

No, this movie is not laced with radical feminist undertones.

No, this movie does not denigrate men or a specific race of men.

No, this movie does not make overtly political statements.

No, Carol Danvers is not a Mary Sue who is never allowed to fail or be wrong.

Yes, the movie is entertaining and fun in the tradition of good superhero movies.

Yes, the movie is respectful of the history and personality of the character.

Having said all that, I understand that there are a number of people who may disagree with every one of those statements. However, after seeing the movie and having time to digest all its high-flying details, I believe that doing so requires a level of outright pettiness that obscures just how good this movie is. 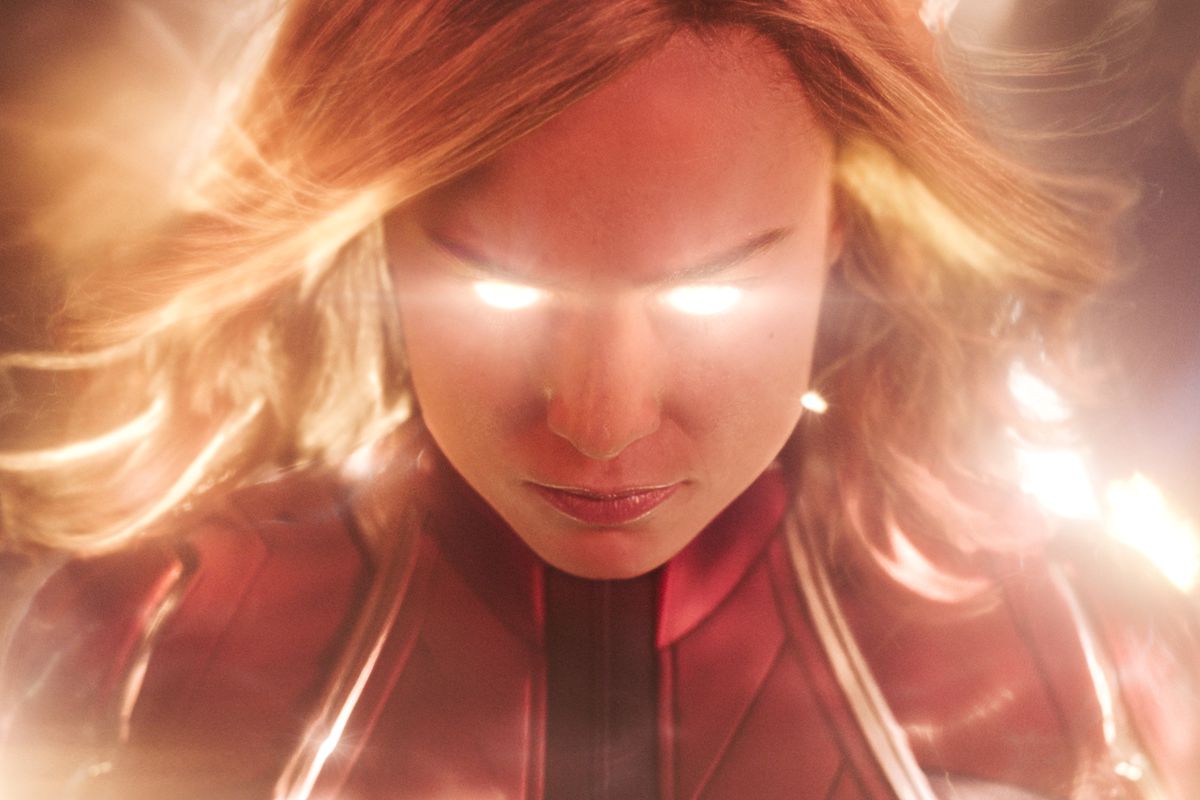 This movie does not have the luxury of expanding on a character who was previously introduced. Unlike Black Panther, Carol has nothing to build on when the movie starts. However, things move quickly once the action gets going. We find out early on that Carol is in a difficult situation, but tenuous situation. In addition, that situation helps further the world-building that is so distinct of the MCU.

We learn more about the Kree in the first 20 minutes of this movie than we have in any other Marvel movie, to date. They’ve been mentioned before in “Guardians of the Galaxy,” but who they are and what they’re like is firmly established in “Captain Marvel.” Their iconic rivals, the Skrulls, are also introduced and it’s here where the movie really shines.

If you’re not familiar with the history of comics, it’s hard to overstate how critical the Kree/Skrull war is to the cosmic side of the Marvel universe. This massive war is something that Carol finds herself in the middle of and her role in it evolves over the course of the movie. Without getting too heavy into spoiler territory, it’s safe to say that this evolution is what helps make her Captain Marvel.

Carol’s story isn’t just about her seeking to fly higher, further, and faster. Through both flashbacks to her past and struggles in the present, her journey from being a loyal Kree warrior to Captain Marvel feels personal, even as it moves the story forward. At first, it feels like the story is on a predictable path. However, that changes, thanks largely to Carol’s the supporting cast.

This is where Samuel L. Jackson’s role as Nick Fury and Ben Mendelson’s role as Talos really complements the story. Their choices and their actions put Carol in a situation where she comes to some difficult realizations and has to make difficult decisions. In doing so, she becomes the hero that she needs to be, both for this movie and for the MCU.

It’s not unlike the evolution that other characters like Tony Stark and Thor have undergone. They start off with one particular outlook on their world. Then, they find themselves in a situation that undermines and even shatters what they thought was right and true. Rather than avoid the unpleasant implications, they confront them. That’s what heroes do and that’s what Carol Danvers does. 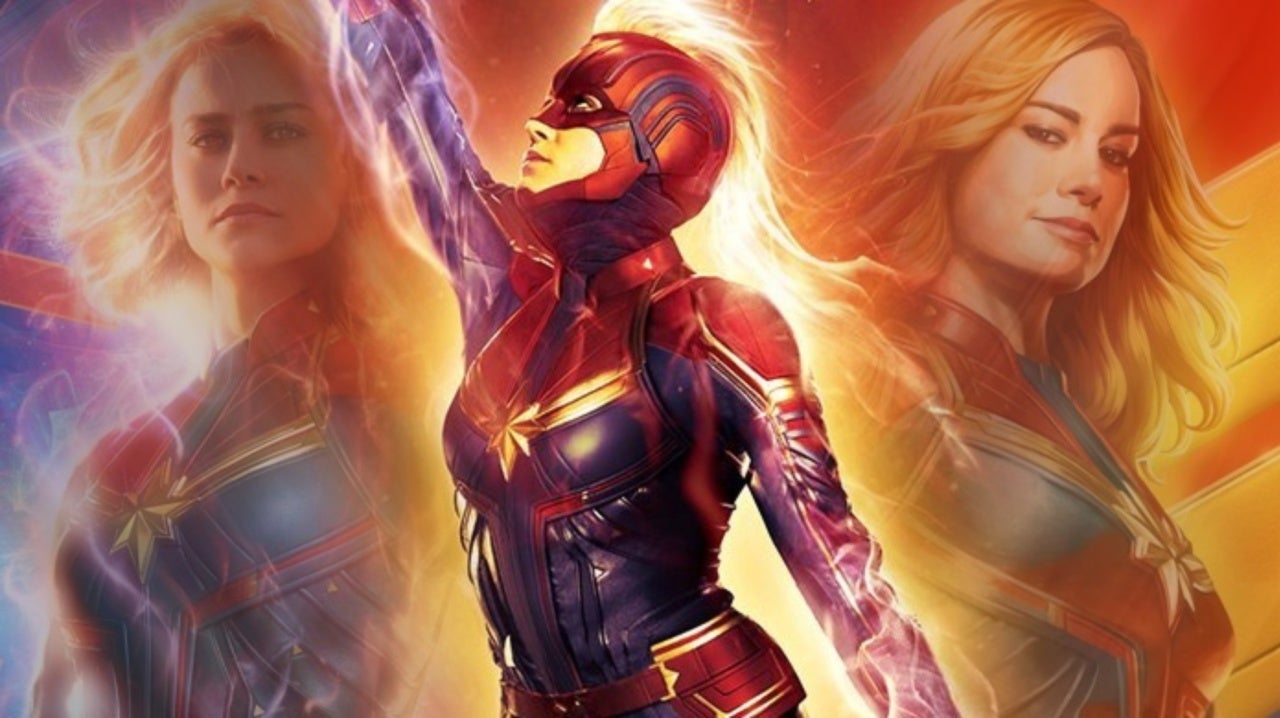 By the end of “Captain Marvel,” it’s easy to root for Carol. As she realizes her true power, she becomes the kind of hero that fits right in with the Avengers. The source of that power is not something she inherits or pursues. True to her comic book origins, her high-flying aspirations lead to an accident that comes close to destroying her. Also like the comics, it renders her vulnerable in unexpected ways.

Throughout the movie, Carol is guided and often frustrated by her limits. Some of those limits are things she puts on herself. Some are limits that others impose on her. Overcoming such limits, be they her own emotions or the actions of others, is the true strength of her character. It’s a strength that anyone, regardless of race, gender, or anything of the sort, can respect.

That’s not to say there aren’t flaws in that journey, along the way. In terms of a superhero origin movie, I would not put “Captain Marvel” above the ranks of “Batman Begins” or “Iron Man.” The movie does feel somewhat congested in several areas and the pacing, especially in the early parts of the movie, are a bit erratic.

There’s also an issue with villains in this movie, to the extent that they’re vague. Both the Skrulls and Jude Law’s, Yon-Rogg, aren’t going to give Thanos or Erik Killmonger a run for their money. Even the presence of a young Ronan the Accuser feels like a missed opportunity. While Carol has plenty of fights to pick in this movie, the lack of a major villain is somewhat glaring.

Let’s face it. Nobody was going to top THIS guy.

However, this doesn’t keep “Captain Marvel” from succeeding in the ways we’ve come to expect from Marvel Studios. The distinct bits of humor and tone are definitely there. The use of 90s nostalgia, from grunge rock to Blockbuster, works at every turn. The choice of music is spot on for every scene. Like “Captain America” and “Wonder Woman,” the time and place fits perfectly with the story.

By nearly every measure, “Captain Marvel” checks all the right boxes, in terms of a quality product from Marvel Studios. Again, it is possible for someone to single out certain scenes as proof that the movie is trying to make a political statement. However, I would argue that you could find similar scenes in movies like “Wonder Woman” and even “Deadpool.”

At the end of the day, if you’re really determined to hate this movie and label it as some sort of hit piece against a particular race or gender, you’ll find multiple excuses. However, it still requires a level of pettiness that requires someone to actively look for a reason to be offended and there’s already too much of that in this world.

If you watch “Captain Marvel” with the sole desire to be entertained and see the MCU evolve before your eyes, this movie will deliver in all the right ways. If I had to score this movie, I would give it a 4 out of 5. It’s a fun ride with a few bumps along the way, but is ultimately satisfying by the end. On top of that, the post-credits scene help further build the excitement for “Avengers: Endgame.”

Also, no matter your politics, the Stan Lee tribute at the beginning of the movie is beautiful.

One response to “Higher, Further, Faster, And Fun: A (Spoiler-Free) Review Of “Captain Marvel””