The Law Of Proportional Backlash And The Anti-Harassment Movement

There comes a point in every social movement where the momentum seems unstoppable. Whether it’s same-sex marriage, racial equality, or finally having a female Dr. Who, there’s a sentiment that certain trends are just going to play out and there’s nothing anyone can do about it.

That’s a false impression, by the way. Human beings are complex, erratic, and fickle creatures. I’ve touched on this before and will likely bring it up again because human beings are just that interesting. That said, they can also be quite frustrating.

When it comes to highlighting those qualities in the midst of an ongoing controversy, though, I have to be careful because I don’t want my points to get lost in the anger. I know as well as anyone else with an internet connection that digital outrage has a nasty habit of undermining meaningful dialog. I want to avoid that as much as possible cause this is one point I feel is worth making.

As I write this, the latest major social movement to combat sexism and sexual misconduct is close to that point I mentioned earlier. It’s still a very hot-button issue and I’ve tried to be fair in discussing it on this blog. However, the current momentum of this movement, which has the wholly noble goal of preventing harassment, is coming up against a force that reflects the eccentricities of human nature.

That force doesn’t have an official or scientific name, but it has many familiar components. For the sake of this discussion, I’ll label it as follows:

The Law Of Proportional Backlash

I’m not claiming this law is definitive or on the same level as the laws of relativity. To make sense of what’s going on, and what often happens with these social movements, it’s just helpful to have a unifying idea to tie it all together.

The essence of this law that I just randomly coined is pretty simple. It’s the human equivalent of Newton’s Third Law, which says for every action, there is an equal and opposite reaction. When it comes to social movements, though, the reaction is more than that. It’s can also be an outright backlash.

To illustrate, you need only look at the frequency with which political parties gain and lose power. Throughout the latter part of the 20th century, as society has become more connected, open, and diverse, these tendencies have played out with stunning regularity. It often plays out like this:

“Hey! The current social order isn’t the perfect, utopian society I want. Let’s kick the people in power out of office and put in these people making impossible promises to achieve impossible things.”

“Hey! These people we put in power haven’t created the perfect, utopian society I waned either. Let’s kick them out and put in other people in power who are also making impossible promises to achieve impossible things. Moreover, let’s hate, shame, and spit on the other side for failing to do all those impossible things!”

I fully concede that’s a very basic illustration of how political power fluctuates in the modern world. I also concede there are many variations, but in terms of the big picture, this is how the Law of Proportional Backlash works.

A movement begins, be it political or social. It gains momentum. Usually, there’s some sort of event that acts as a catalyst. With racial segregation, events like the ruling in Brown v. Board of Education helped get things going. With same-sex marriage, Massachusetts being the first state to legalize it did the same. 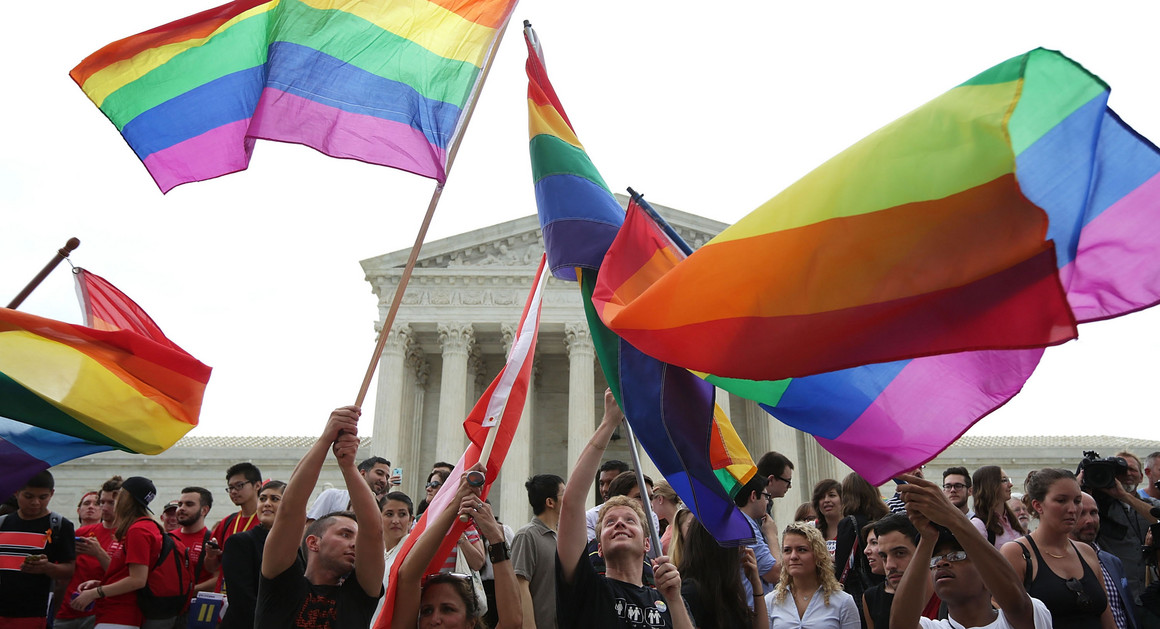 For the current movement against sexism and sexual misconduct, I think most would point to either the 2016 presidential election or the Harvey Weinstein scandal as the catalyst. I would argue it’s a combination of both, but I don’t think there’s any doubt that the movement gained a lot of momentum. If it could take down someone as powerful as Harvey Weinstein, then it’s safe to say that movement is pretty strong.

As often happens, though, the momentum provokes backlash. That happens whenever a movement fails to achieve every goal and, spoiler alert, no movement ever achieves every goal. The world is too complex and impossible problems tend to frustrate human limitations. As a result, a movement has to overreach and that will spurn a backlash.

With the movement against sexual misconduct, there are plenty of signs of overreach. There are people scorning others for making reasonable arguments about there being a spectrum of harassment. Careers are being ruined on the basis of anonymous accusations and mixed messages that are impossible to discern.

There was even a distressing article on BigThink that argued that crimes involving sexual violence should not be subject to the traditional standards of proof. The underlying reason for that is too many guilty people get away with their crimes so it’s worth the risk of punishing the innocent to remedy that issue.

It’s that kind of sentiment, one in which the proportion becomes increasingly extreme, that tends to hasten the backlash. Whenever a movement gets to a point it’s deemed appropriate to sacrifice innocent people for the sake of a cause, then that’s usually a sign that it’s reaching beyond its ideals and emboldening opponents.

There are already major news outlets reporting on that phenomenon. Publications like the New Yorker, the Washington Post, and even the liberal Huffington Post have discussed it in various forms. The reactions to those speaking out against sexual misconduct is no longer one of unity and support. Now, there’s criticism and animosity, the first signs of a real backlash.

Those behind the movement need only look at the LGBT movement to see what that backlash can entail. Even though same-sex marriage is legal, the resulting backlash triggered a surge in “religious freedom” bills that promoted a new kind of discrimination. That backlash is still ongoing. The one surrounding sexual misconduct may just be getting started.

I still don’t doubt the sincerity and ideals behind the movement against sexual misconduct. People want justice for those who have been victimized. Justice is an inherent aspect of the human condition. We’re literally wired to seek it when we feel there’s an injustice in the world.

Unfortunately, in the pursuit of that justice, anger and resentment end up clouding those ideals. We’ve seen that anger directed towards the political process that played out in 2016. We’ve seen it used to demonize and denigrate entire groups of people, including an entire gender in some cases.

When people are attacked, their first instinct isn’t to admit defeat. It’s to fight back. That’s just basic survival instinct and there’s no way any movement, be it political or social, can circumvent that. By fighting back, the backlash itself gains momentum. Sometimes that backlash gains enough momentum to become a movement in it’s own right. Then, it too may be subject to a backlash.

It seems like an never-ending cycle, one in which little is gained in the long run. While I don’t deny it can be disheartening, I believe there are gains that make many movements worthwhile in the long run. Just ask any same-sex couple who can get married now if they’re willing to risk such a backlash. They would probably do so in a heartbeat.

I don’t know how the movement against sexual misconduct is going to play out, even if the backlash it inspires ends up being minor. I hope, in the long run, it has a net-positive effect on society. It still won’t be a perfect society, but whether it’s from the movement or the backlash, even a little gain in justice and human progress can still mean a lot in the long run.