The Unpersoning Of Celebrities (And Why It’s Happening) 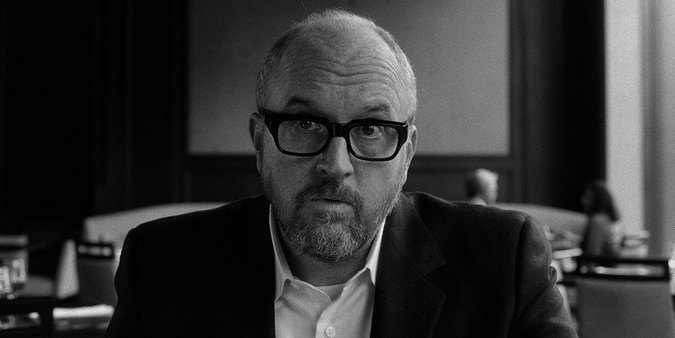 These past few weeks have been rough for celebrities, at least to the extent that anyone rich, famous, and powerful can have it rough. Between Harvey Weinstein, Kevin Spacey, and Louis CK, it has been a bad time for male celebrities who have used their fame to justify showing their dicks to women who didn’t ask for it.

I’ve already talked quite a bit about the impact of these scandals and the sexual dynamics that guide them. I don’t want to spend too much time belaboring the severity of these accusations, if they’re true. Some have already been verified. I don’t doubt that more will find their way into the headlines as we collectively agree that celebrities harassing women is not something we’ll overlook anymore.

It’s hard to say how far this probe into the sexual misconduct of powerful men will go. It may very well be the case that celebrity culture is facing an overdue purge of perverse assholes who think their fame gives them a convenient excuse to put their hands and dicks in places they don’t belong. However, it’s the way in which we go about punishing them that I find most revealing.

In George Orwell’s dystopian masterpiece, “1984,” he introduced a number of concepts that one too many authoritarian governments have taken to heart. I’ve talked about a few of them before, but one in particular that stands out is that of “unpersoning.” It’s a phenomenon that many of these accused celebrities are learning about the hard way.

In “1984,” the concept of unpersoning is as nefarious as it is pragmatic. When someone becomes a malcontent or a threat to the established order, it’s not enough to just arrest or kill them. They have to be utterly erased from history, society, and common knowledge.

It’s not just that it becomes illegal or taboo to mention a person. To unperson someone is to remove their existence from the collective consciousness of society. It’s not just that people forget about these individuals. They have to forget that they forgot so that anything this person may have said, done, or thought might as well have never happened.

While our society isn’t quite on the same level as Big Brother in “1984,” that hasn’t stopped us from making a concerted effort. Since the recent revelations, Harvey Weinstein has been ousted from the company that bears his own name. Kevin Spacey has been fired by Netflix and erased from his recent role in a Ridley Scott movie. More recently, everyone seems to be cutting ties with Louis CK.

It’s not quite the same level of unpersoning that we see in “1984,” but the concept is the same. It’s not enough to wait for the courts to sort out these accusations. Public opinion, public perception, and an increasingly low tolerance for this sort of behavior is putting once-powerful people on the wrong end of the social justice equation.

It’s still not clear just how true some of these accusations are and, as a rule, I don’t assume the worst until it is proven in a court of law. However, there sheer volume of the accusations lead me to believe that there’s some truth to the story. Despite what “Ocean’s Eleven” may have you believe, groups of people aren’t that good at subverting the law. Usually, one of them cracks under the pressure.

Even if only a fraction of the accusations turn out to be true, the unpersoning of celebrities is understandable to some extent. Please don’t take that to mean that I’m overlooking the possibility that some accusation may very well be fabricated or exaggerated. With celebrities, though, the situation is a bit different.

If an ordinary, non-celebrity person commits sexual harassment or sexual assault, it usually doesn’t make the news. Most of the time, it’s handled by the police, an HR department, or vindictive friends who put cherry bombs in the perpetrator’s toilet. That’s just basic justice for a functioning society.

The problem, for both celebrities and non-celebrities alike, however, is that proving these kinds of crimes is hard. Our justice system is built on the idea that those accused are presumed innocent until proven guilty beyond a reasonable doubt. The burden of proof is very high and it’s a big reason why people like O. J. Simpson are acquitted.

It’s for that very reason, which O. J. Simpson himself proved, that it’s even harder to convict a celebrity. Unlike most ordinary people, celebrities like Harvey Weinstein and Kevin Spacey have the power, money, and influence to hire the best legal defense that money can buy. It adds even more difficulty to securing a conviction while giving victims even fewer reasons to come forward.

That’s where unpersoning comes in. Multiple generations have watched as celebrities like O. J. Simpson get acquitted for heinous crimes because they had access to resources that most people can only dream of. As such, our collective faith in our rigid justice system is understandably low.

In a sense, social media and the internet has given people a mechanism for doing what the legal system can’t and won’t do. It gives society a way to punish those deemed guilty of crimes that their high-priced legal team and PR consultants won’t allow. In a sense, it’s the only way to ensure celebrities face some form of justice.

Unlike previous eras of Hollywood scandals, it’s not as easy to sweep an incident under the rug. If a celebrity does something horrible, it only takes a few people with functioning cell phones and social media accounts to expose those crimes. Just ask Mel Gibson how bad this can turn out.

A part of me still feels uncomfortable with this form of justice because it’s not hard for it to go too far. It’s both possible and likely that someone will get accused of sexual harassment or sexual assault who is entirely innocent. We saw it with the infamous UVA case and the Duke Lacrosse case. So long as people are willing to lie, there will be false accusations.

At the same time, though, a part of me understands why this is happening. We humans have an innate sense of justice, even as babies. When we feel there’s a serious injustice in our world, we feel compelled to right it. With celebrities, we’ve had precious few recourse that don’t involve overpriced lawyers. Now, through the use of unpersoning, we have a way.

It’s still not on the same level as Big Brother in “1984,” nor is it to an extent that a celebrity will go to prison. At the end of the day, a well-off celebrity will still have millions of dollars and mansions full of servants willing to cater to their every need. Sure, their lives and reputations will be damaged, but they won’t exactly suffer the same as an ordinary person convicted in a court of law.

It’s not perfect. It’s not even wholly consistent with all the tenants of justice. For the moment, though, unpersoning is becoming the new way in which we punish celebrities who commit injustice. Until we find a better way to deal with issues like sexual harassment, it’s the best recourse we have. Only time will tell whether it proves effective.