Biotechnology And The Future Of Gender

With each passing year, it seems gender-driven conflicts are becoming more and more heated and less and less rational. Every time I bring them up, which is distressingly often, I feel like I have to walk through a minefield while juggling chainsaws. I know it doesn’t take much to start a controversy these days and I’d rather not add fuel to that fire.

The current state of gender conflict is pretty intense. I expect it to get worse before it gets better, but I don’t want to dwell on that too much for the moment. Instead, I’d like to do what I often do when I discuss emerging technology and contemplate the future. Moreover, I want to focus on the potential for a better future between the genders.

Yes, I realize the situation is pretty hectic now. I also don’t deny that trends in feminism and the associated backlash make it difficult to be optimistic. I’m still going to try because I believe we’re getting close to a point where the barriers that hinder a truly egalitarian society will eventually fall. It’s just a matter of developing the right tools.

Chief among those tools are those emerging in the field of biotechnology. It’s a subject I’ve highlighted before, primarily in terms of its potential to treat disease and provide better contraception. Those kinds of advances are just stepping stones, though. The true potential of biotechnology goes much further.

With respect to gender, I think most won’t deny that there’s room for improvement in terms of the current dynamic. Whether you’re a man, woman, or something in between, most people don’t have to think too hard to surmise imperfections in the current system. I’ve mentioned a few, but they’re worth scrutinizing. 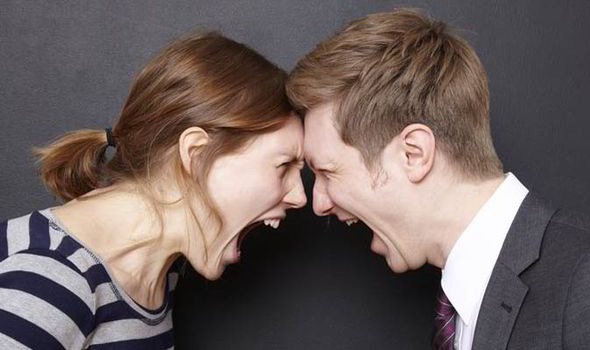 If you’re a woman, those imperfections take a fairly direct toll and not just in terms of being the gender that bears children. Beyond the burdens that facet of womanhood has incurred historical, there are still some fairly substantial gaps between women and men today. Regardless of whether or not you’re a feminist, the data is pretty clear. Women are not on a level playing field with men.

If you’re a man, that’s just as true. Men may not bear children, but they also bear plenty of burdens. They are expected to fight in bloody wars, making up 97 percent of all war deaths. They work harder, more dangerous jobs that disproportionately kill them. They’re also expected to be okay with having their genitals mutilated as babies. By those metrics, men are not on a level playing field, either. 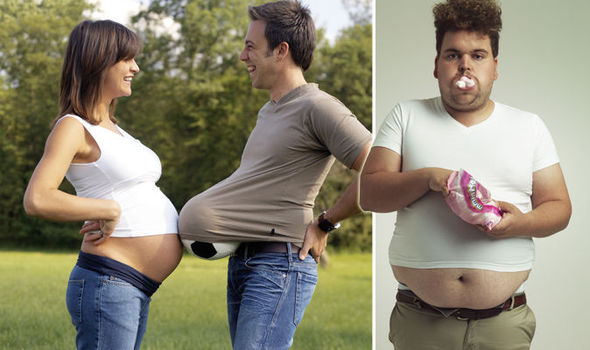 Things get even more unequal when you put transgender issues into the mix and I’m not just talking about which bathrooms they have to use. Transgender individuals face a unique brand of issues, ranging from housing discrimination to healthcare access. Regardless of how you feel about transgender issues, and some question whether it’s even real, these people are struggling under the current dynamic.

It’s a dynamic that, for most of human history, has been heavily influenced by the limits of biology. Like it or not, we’re very much at the mercy of what evolution has wrought. Even if you’re among the crowd who thinks gender is entirely socially constructed, it’s impossible to get around hard biology, at least for now.

The hard data is fairly clear. Human beings are sexually dimorphic, which means there are intrinsic physical differences between men and women. Since one gender bears children while the other doesn’t, that kind of has to be the case. Considering how well our species has thrived over the past several thousand years, you could make the case that these dynamics have worked fairly well.

However, there’s still room for improvement. In the tradition of the Doug Stanhope principle, it’s worth asking a simple question about our current gender situation. If the current dynamic didn’t exist, would you invent it that way? If you were working from scratch, would you create a species in which half the population had to bear children for nine months while the other half had part of their genitals hanging outside their bodies?

I’m not saying the human body, in its current form, isn’t a beautiful work of nature, but there’s no denying its flaws. As long as those flaws remain in place, the amount of progress we can make towards a truly egalitarian society will be limited. With the emergence of biotechnology, though, there may come a time when we may not be subject to those constraints.

When you get right down to the differences in muscle mass and endurance, much of it is driven by genetics. There’s only so much we can do with hormones and supplements, as female body builders have shown, before genetics comes into play. We’re only just starting to hack some of those genes, but there’s still room for refinement. That refinement will come as the technology matures, just as we’ve seen with refinements to in vitro fertilization and LASIK eye surgery. It won’t happen all at once, but there may come a point when we have a sufficient understanding of the human genome and how to change it at the genetic level with tools like CRISPR.

Once we have that knowledge, then there’s no reason why we couldn’t modify individual genomes to a point where men and women are completely equal in terms of strength, stamina, and overall physicality. In that situation, there’s no reason why a woman couldn’t carry out the same physically demanding tasks as men.

For the mental side, though, that may end up being trickier. There’s still a lot we don’t know about the brain in general, let alone the innate differences between men and women. Most current research seems to suggest there are some differences, but the extent of those differences aren’t really clear. There’s evidence that there could be even more differences in the brains of transgender individuals.

Even if those differences are biologically innate, they can still be manipulated with the right tool. Some of those tools are already in development in the form of brain implants, such as those being developed by Neuralink. Whether it’s problem solving or emotional intelligence, there’s no reason why any gender-based difference can’t be resolved with a properly-calibrated implant.

Put all these advances together and the future of gender may render our current conflicts obsolete. I believe that if it is the goal of society to create a truly egalitarian structure for men, women, and everything in between, then the necessary tools to do so will make that possible at some point. The only question is whether or not that will actually be the goal.

I can’t speak for everyone who has ever argued for a certain gender-based issue. Being a man, I don’t deny that my perspectives on gender are limited by my experiences. However, if we’re going by what has worked best from an evolutionary perspective, a species that can effectively cooperate, communicate, and share knowledge has a huge advantage.

Reducing gender disparity at a genetic and physical level has plenty of benefits on paper. Add artificial wombs to the mix, effectively removing the burden of child-rearing from half the population, and suddenly our entire species is on a level playing field. That opens the door to entirely new manifestations of gender, as we know it.

I can’t predict what form that will take. Once we start manipulating our genes and our looks, by default, then the line between what is feminine and what is masculine may blur. While I don’t think it will disappear entirely, I think there will be some adjustments. It may even lead to entirely new gender-driven conflicts in the short term.

In the long run, though, I think the future of gender will arc towards greater equality overall. There may come a time where every individual born has the same physical and mental potential, regardless of their gender. Women will be as physically strong as men. Men will be able to multi-task like women. They may still look distinct, but their abilities will be truly equal.

A society full of those individuals will require an entirely new dynamic, one built around a host of new tools that we’re just starting to develop. It could just as easily go in the opposite direction with various gender gaps widening as a result of those tools. However, I believe that the benefits of equality will win out, albeit for purely pragmatic reasons. A future with that level of equality will likely result in the greatest potential for everyone.

2 responses to “Biotechnology And The Future Of Gender”