Should We Marry For Love? Wait What?!?!

Should we really marry the person we love? That’s not a rhetorical question. That’s not the beginning of some elaborate joke or rant either. It’s an actual, honest question that we, as a society, stopped asking very recently in the grand scheme of things.

As an erotica/romance writer, these kinds of questions are pretty darn relevant. The way people see love, marriage, sex, and everything in between shapes the novels I write. I’ve written several books thus far, but I’ve never really dealt with this question directly. Given the rate at which the concepts of marriage and love are changing, this question is pretty important.

So why is it relevant to begin with? Why should this be a controversial issue? Well, contrary to what registered republicans and the church would have us believe, the modern concept of traditional marriage isn’t that traditional.

“One who marries for love alone will have bad days, but good nights.”

Let that sink in for a moment. Up until very recently, and by recently I mean the 17th century in Europe, people didn’t marry for love. They married because it was just part of how old, pre-industrial societies worked. From Europe to China, most marriages were arranged by families. Sometimes, the bride and groom didn’t even meet each other until their wedding day.

This was because marriage was not seen as a romantic gesture. It was seen as a cooperative partnership, of sorts, between families. You didn’t marry your spouse as much as you married into their family. It was how pre-modern societies ensured a proper exchange of property, bloodlines, and procreation.

That’s not to say love was completely absent. Ideally, the hope was that a couple would marry first and then fall in love. It may seem backwards today, but that was the ideal espoused in the past.

Why was this? Why was love divorced from marriage, if that’s not too loaded a term? Well, there is a social and political reason for that, one that a brilliant woman named Stephanie Coontz articulates far better than I ever could. She explains:

In some cultures and times, true love was actually thought to be incompatible with marriage. Plato believed love was a wonderful emotion that led men to behave honorably. But the Greek philosopher was referring not to the love of women, “such as the meaner men feel,” but to the love of one man for another.

Other societies considered it good if love developed after marriage or thought love should be factored in along with the more serious considerations involved in choosing a mate. But even when past societies did welcome or encourage married love, they kept it on a short leash. Couples were not to put their feelings for each other above more important commitments, such as their ties to parents, siblings, cousins, neighbors, or God.

In ancient India, falling in love before marriage was seen as a disruptive, almost antisocial act. The Greeks thought lovesickness was a type of insanity, a view that was adopted by medieval commentators in Europe. In the Middle Ages the French defined love as a “derangement of the mind” that could be cured by sexual intercourse, either with the loved one or with a different partner.4 This cure assumed, as Oscar Wilde once put it, that the quickest way to conquer yearning and temptation was to yield immediately and move on to more important matters.

In China, excessive love between husband and wife was seen as a threat to the solidarity of the extended family. Parents could force a son to divorce his wife if her behavior or work habits didn’t please them, whether or not he loved her. They could also require him take a concubine if his wife did not produce a son. If a son’s romantic attachment to his wife rivaled his parents’ claims on the couple’s time and labor, the parents might even send her back to her parents. In the Chinese language the term love did not traditionally apply to feelings between husband and wife. It was used to describe an illicit, socially disapproved relationship. In the 1920s a group of intellectuals invented a new word for love between spouses because they thought such a radical new idea required its own special label.

In Europe, during the twelfth and thirteenth centuries, adultery became idealized as the highest form of love among the aristocracy. According to the Countess of Champagne, it was impossible for true love to “exert its powers between two people who are married to each other.”

In twelfth-century France, Andreas Capellanus, chaplain to Countess Marie of Troyes, wrote a treatise on the principles of courtly love. The first rule was that “marriage is no real excuse for not loving.” But he meant loving someone outside the marriage. As late as the eighteenth century the French essayist Montaigne wrote that any man who was in love with his wife was a man so dull that no one else could love him.

It sounds as unromantic as it does unsexy, the idea that love is actually a liability in marriage, so much so that people in the past were shunned for loving their spouses too much. However, there is a context to consider.

These are pre-modern, pre-industrial, mostly-agrarian cultures where infant mortality is high, maternal mortality is high, and plagues are exceedingly common. Love, as anyone whoever listened to a Beatles song, is a very fickle emotion. It cannot be channeled, controlled, or changed. Some have tried, but most efforts fail. Just ask anyone who endured conversion therapy.

That kind of chaos just doesn’t fit in a society that is only one bad harvest or one nasty plague away from total collapse. These societies need to exert some level of social control in order to function. 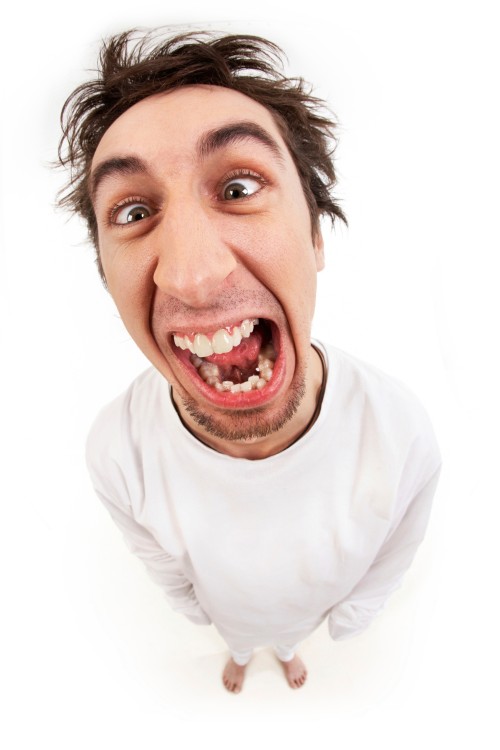 Societies still change. Civilization, as we know it, changes with it. We no longer live in a society where such social control is necessary, but there are still plenty of societies all over the world where arranged, loveless marriages are common. Some will even claim that such marriages are better than love marriages.

It may sound ridiculous to the freedom-loving west, but think about it. Why go through the trouble of finding a spouse when your parents can just do it for you? Besides, who knows you better than your parents? Wouldn’t that save everyone a lot of time, energy, and heartbreak?

That last part wasn’t entirely sarcasm, but that’s the logic behind arranged marriages. The fact it’s still so prevalent all over the world indicates the logic isn’t entirely flawed. It also acknowledges that there are some fundamental issues with marrying for love.

As many writers far more accomplished than me have said, love is a very fickle emotion. It changes on a whim more than it lingers. You could love someone for 30 years and one day find someone else you love even more. It happens. That’s what love can do. That’s why it’s so scary/amazing/powerful.

There’s no doubt that marriage, as an institution, is destined to change even more than it already has. Every church, mosque, and synagogue may fight it. Every social conservative may oppose it. That still won’t stop it. The institution will keep changing, probably in ways that nobody, especially not an aspiring erotica/romance writer, can predict.

This brings me back to my original question. Should we marry for love? Should marriage even be connected to love? It’s as serious a question as anyone can ask, regardless of time period or generation. It’s also a question that we, as a society, will have to answer at some point in our lives. Let’s hope we answer it right.