The Galbrush Paradox And The Challenge Of Female Characters 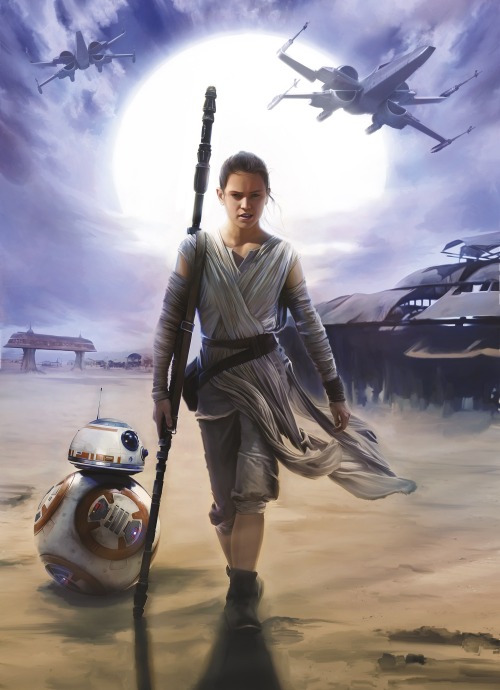 Anyone who’s written anything longer than a haiku will tell you that one of the biggest challenges is coming up with great characters. Stan Lee may make it look easy, but it’s most definitely not. Without great characters, your story might as well be a sandwich without bread. It just can’t function.

I can certainly attest to the challenge of creating great characters. In the eight novels I’ve written, I’ve tried to put as much energy and nuance as possible. Whether it’s Ben Prescott in “Skin Deep” or Mary Ann Scott in “Passion Relapse,” I make a concerted effort to help them stand out for all the right reasons.

It’s only gotten more frustrating in recent years because the demand for strong female characters has never been greater. The success of movies like “Wonder Woman” and “Mad Max: Fury Road,” as well as novels like “Harry Potter” and “Twilight,” have raised the bar. Make no mistake. There are a lot of incentives to create these characters.

I’ve talked about why characters like Wonder Woman matter now more than ever. However, there’s one caveat that I didn’t mention and for good reason. I think it’s an issue that the William Marstons and Stephanie Meyers of the world understood, albeit indirectly. When it comes to creating female characters, the margin for error is painfully small.

With female characters, it’s a lot trickier. If you don’t believe me, think back to that disturbing thought experiment I pitched a while back that reversed the genders of certain famous scenes, thereby creating a much more disturbing result. With that in mind, try to craft a story about a flawed, vulnerable character that has the potential to be interesting.

Maybe the character is a former cop who suffered a terrible injury at the hands of a deranged criminal.

Maybe the character is someone who made a huge mistake with a former lover and is haunted by it.

Maybe the character is someone who found themselves in a vulnerable state, had a few too many drinks, and had a messy one-night stand with a total stranger.

These are all fairly standard setups for typical characters. Think about those characters for a second. Chances are the character that comes to mind is a man. That’s not too surprising. That doesn’t make you a terrible sexist who deserves to lick the mud off the shoes of every radical feminist form now until the end of time. By and large, most of the iconic characters in popular culture are male.

Now, try to imagine that same character as a female. Chances are your reaction will be different. Even if it isn’t, there’s a good chance you’ll be more reluctant to develop this character because you know the kind of responses you’ll get from certain people.

Remember that cop who suffered a terrible injury? Well, if that cop is a female, then you’re a horrible misogynistic monster because you subjected that woman to violence and we can’t tolerate that.

Remember that character who made a huge mistake with a former lover? Well, if that character is a female, you’re also a horrible, misogynistic monster because you utterly failed the Bechdal Test by defining her through a relationship with a man.

Remember that character who was vulnerable and had a one-night stand? Well, guess what? You’re also a horrible, misogynistic monster because you overtly sexualized the female character in a way that propagates the idea that women are sexual objects to be used by men.

Are you seeing the pattern here? Are you getting that twinge of pain in your palms while you grind your teeth? Don’t worry. You’re not having a stroke. That’s normal. It also gives you a taste of just how hard/frustrating it is to create good female characters without making it an agenda.

That agenda didn’t used to be that big a deal. Then, in recent years, with the rise of third-wave feminism and social media scandals that have made people hyper-sensitive to sexism, the challenge got that much harder.

The problem is that when people try to create characters that aren’t princesses or Joss Whedon characters, they run into a wall, of sorts. They quickly find that creating those characters is a minefield, one where a single misstep can get you labeled a racist, misogynist, homophobe at a time when a single misworded tweet can ruin your life.

It’s such a frustrating challenge that someone gave it a name. It’s called the Galbrush Paradox and it emerged during the infamous GamerGate scandal in 2014. I won’t get into the particulars of that shit storm, if only because every discussion about that topic tends to lower people’s IQ by at least a dozen points. I’ll just focus on what the Galbrush Paradox is, as defined by its creators.

Consider Guybrush Threepwood, start of the Monkey Island series. He’s weak, socially awkward, cowardly, kind of a nerd and generally the last person you’d think of to even cabin boy on a pirate ship, let alone captain one. He is abused, verbally and physically, mistreated, shunned, hated and generally made to feel unwanted.

Now let’s say Guybrush was a girl. We’ll call her Galbrush. Galbrush is weak, socially awkward, cowardly, kind of a nerd and generally the last person you’d think of to even cabin boy on a pirate ship, let alone captain one. She is abused, verbally and physically, mistreated, shunned, hated and generally made to feel unwanted.

Now, you might notice that I’ve given the exact same description to both of these characters. But here’s where things deviate. While no one cares if Guybrush takes a pounding for being, for lack of a better term, less than ideal pirate, Galbrush will be presumed to be discriminated against because of her gender. In fact, every hardship she will endure, though exactly the same as the hardships Guybrush endured, will be considered misogyny, rather than someone being ill suited to their desired calling.

And that ending. She goes through ALL that trouble to help, let’s call him Eli Marley, escape the evil clutches of the ghost piratess Le Chuck, it turns out he didn’t even need her help and she even screwed up his plan to thwart Le Chuck. Why, it’d be a slap in the face to every woman who’s ever picked up a controller. Not only is the protagonist inept, but apparently women make lousy villains too!

It’s a fairly new concept, but a relevant one. We’ve already seen it play out in a number of ways in recent years. The best example is probably Rey from “Star Wars: The Force Awakens.”

If you’ve done any digging whatsoever into “Star Wars” beyond seeing the movie and listening to arguments about whether Han shot first, then you’ve probably seen some of the criticisms about her. She’s what some call a “Mary Sue.” 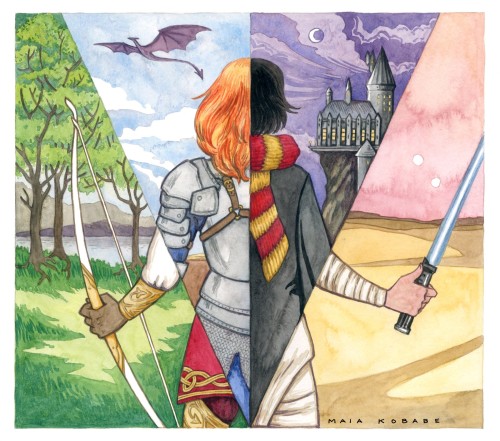 A Mary Sue is a byproduct of the Galbrush Paradox in that she’s a character who’s too perfect. While this character can be a man, it most often takes the shape of a female character who’s so skilled, so beautiful, so perfect that it’s hard to make her interesting.

Rey faced this issue, and for good reason. Throughout “Star Wars: The Force Awakens,” she was perfect at everything she did. She flew the Millennium Falcon, wielded a light sabre, and used the Force as though she’d been doing it all her life. Everything that happened to her just happened so easily. She was never allowed to struggle, suffer, or slip up too much like Finn or Poe Dameron.

I can even understand why. If she had been tortured like Poe or lied like Finn, there would be mass protests and hashtags. A very vocal contingent of fans and professional whiners with nothing better to do would’ve condemned Rey as an affront to women everywhere. Her flaws would’ve been taken as huge insults against an entire gender. If she were a man, though, nobody would’ve batted an eye.

It’s tragic, in a sense, because it shackles characters and stories. It creates self-imposed limits that don’t need to be there. It’s true that there is real sexism in the world. There’s even plenty in movies, especially slasher movies. However, nitpicking every little detail of a female character to ensure sufficient purity, so to speak, is counterproductive. All it does is discourage people from even trying to create these characters in the first place.

That’s not good for either gender because it is possible to create great female characters. From Furiosa in “Mad Max: Fury Road” to Sarah Conner in “Terminator” to Ripley in “Alien,” there are plenty of great female characters that go onto become iconic in their own right. That’s why it’s so important to avoid the pitfalls of the Galbrush Paradox, otherwise we’ll be doomed to a future of Mary Sues.