Sex Robots, The Risks, And The Impact On Our Sex Lives

Talking about fascism and repressive governments is rarely sexy. I’ve yet to meet anyone whose panties ever got wet while talking about regressive free speech policies. You know what is fun, sexy topic to talk about, though? That’s right, I’m talking about sex robots again. Can you think of a better way to lighten the mood after all this political talk?

Traditionally, I don’t need a lot of reasons to talk about sex robots on this blog. I’ve even been known to make any excuse to talk about how sex robots will effect us, whether it’s how they’ll affect the prostitution industry or how they’ll make us better people. Granted, I do want to talk about something sexier than George Orwell, but there actually is a relevant reason for bringing up this sexy topic again.

It’s relevant because it tends to happen with all new technology to some extent. When there’s a clear trend emerging, it tends to generate this wave of irrational fear regarding its impact on society. We saw that with television when people though Elvis’ hips were part of a communist conspiracy to corrupt America. It’s only a matter of time before we see that with sex robots.

As such, it should surprise precisely no one that some people are already stoking the same fears about sex robots as their parents did with Elvis’ hips. This past week, the Salvation Army actually brought up the issue of sex robots and not in a very sexy way. These were their exact words.

It believes the technology could result in more people brought into the UK illegally for sexual exploitation instead of lessening demand for sex workers, the Birmingham Mail reports.

It’s not just religion, though. Other more pragmatic organizations that don’t rely on people breeding uncontrollably expressed some concerns as well. A paper by Responsible Robotics, a non-profit that contemplates the sexy and non-sexy impact of robots on society, issued a paper called “Our Sexual Future With Robots” that expressed concerns similar to those of the Salvation Army. Here are some highlights.

“When we look at the question of whether or not sex robots could help to prevent sex crimes, there is major disagreement. On one side there are those who believe that expressing disordered or criminal sexual desires with a sex robot would satiate them to the point where they would not have the desire to harm fellow humans.”

“Many others believe that this would be an indulgence that could encourage and reinforce illicit sexual practices. This may work for a few but it is a very dangerous path to tread. It may be that allowing people to live out their darkest fantasies with sex robots could have a pernicious effect on society and societal norms and create more danger for the vulnerable.”

I can see the logic behind these fears on some levels. The idea that people who fulfill their sexual needs with robots will somehow become socially isolated makes intuitive sense. It’s easy to imagine some creepy guy spending his every waking out in a windowless basement, acting out the most nauseating fantasies ever conceived with a sex robot that is programmed to be completely obedient. 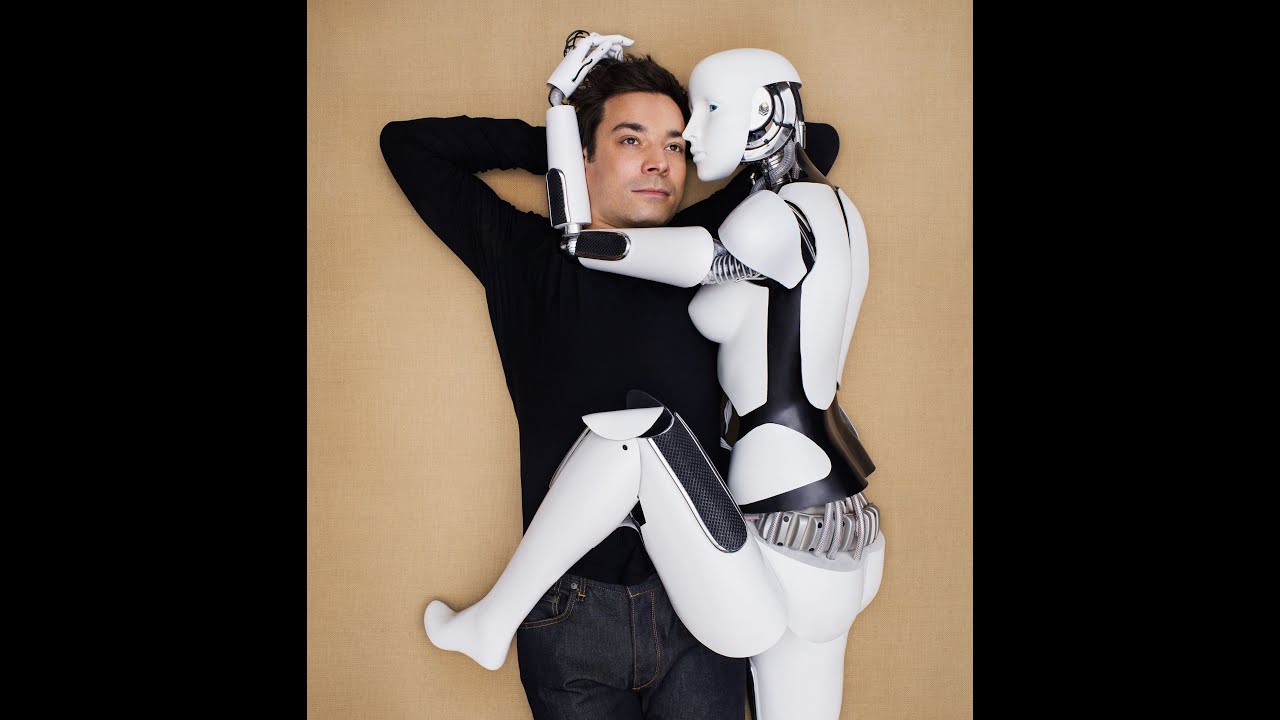 It’s easy, but as is often the case with most fear-mongering, it focuses on an incomplete picture, of sorts. It simplifies and generalizes the impact that such a profound advancement would have on society. Given the sheer breadth of human society, that’s a crude, shallow understanding of the subject at best.

New technology always negatively affects some people. The simple advance of texting generated approximately 330,000 traffic-related injuries accidents in 2010 alone. It’s hard to know how many injuries sex robots will cause, but chances are it’ll be more than zero and heavily inflated if done while driving.

Despite the clear and documented harms of texting while driving, there’s no effort to un-invent the technology. It’s already here and it’s exceedingly profitable. Since the sex industry is already worth hundreds of millions of dollars, the incentives for sex robots are just too great to ignore, no matter how much religious organizations condemn it. 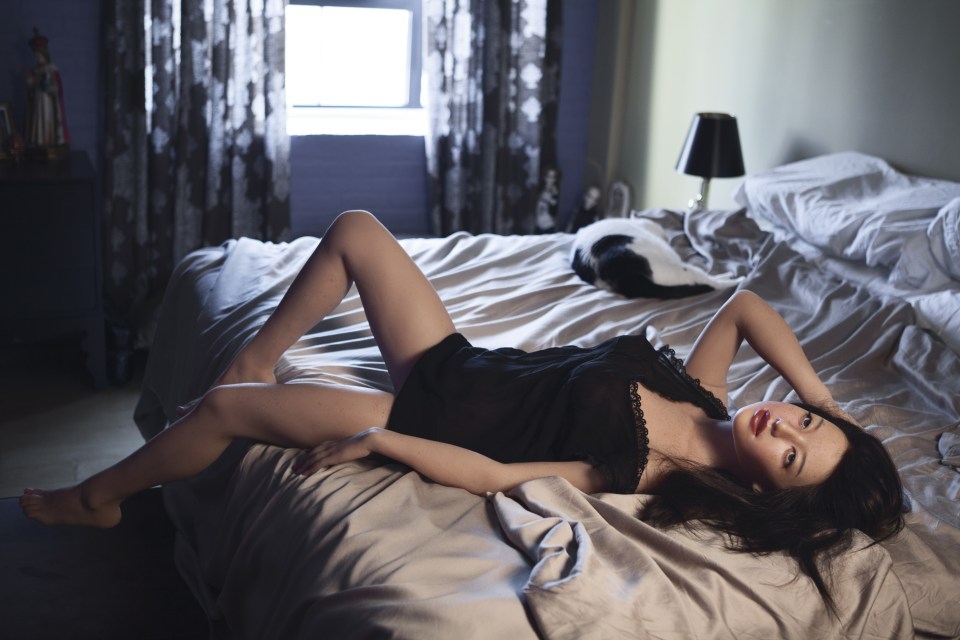 That’s not to say there won’t be issues. There are always issues with new technology. As advanced as smartphones had become, we still had faulty tech as recently as last year that caused some phones to explode. It’s terrifying enough to think about your phone exploding in your pocket. It’s hard to imagine how terrifying it would be if a sex robot malfunctioned in such a away.

Being an erotica/romance writer, I like to think I can imagine more than most. I also like to think that after hearing so many of the same arguments about video games, violent TV shows, and what not, I can sift the legitimate concerns from the agenda-driven fear-mongering.

Make no mistake. Sex robots will undermine certain peoples’ agendas. There are a lot of industries that cater to lonely, sexually frustrated men and women. It’s easier to convince a lonely, sexually frustrated person that a particular product will alleviate those feelings. Every marketing department in the world knows things get tougher when customers are happy, content, and satisfied.

There will also be cases of people who are already unhinged to begin with becoming even more unhinged due to sex robots. The rock band, Judas Priest, found that out the hard way in 1985 when two depressed teenagers listened to their music and committed suicide. While the band was found not liable for the deaths, it was still one case too many for the fear-mongers.

As soon as sex robots become more mainstream and more affordable, there will likely be a similar incident. Some poor loner will seek an outlet with a sex robot and somehow that will exacerbate, if that’s not too loaded a word, issues that are already festering inside his brain.

It could lead to people who become so isolated, they never leave their home again and end up dead.

It could lead to people who are so socially awkward that just being in public triggers a panic attack.

It could lead to people who can only have a functioning sexual relationship with a robot they can control and not a human being.

These are all possibilities and if I had to bet money on it, I’d say there will be at least one such case. Like the Judas Priest controversy, though, it’ll only take one to justify ramping up the fear-mongering. We may very well see governments and advocacy groups seeking to ban sex robots altogether or at least regulate them.

Seeing as how there’s too much money to be made in sex robots, it’s unlikely they’ll be banned. Chances are there will be some form of regulation or standards. Since the government is so uptight when it comes to regulating sexual matters, it’s more likely that the industry itself will try to regulate its own affairs. The last thing the industry needs is prudish bureaucrats telling sex doll manufacturers how big a pair of breasts can be.

It’s hard to say just how the sex robot industry will manifest. Unlike smartphones and TV, there’s far less precedent. While we do have sex dolls that are extremely realistic, we’ve yet to produce a sex robot that’s truly indistinguishable from the real thing and has a comparable measure of intelligence.

20 responses to “Sex Robots, The Risks, And The Impact On Our Sex Lives”