It feels like I joke about sex robots every chance I get on this blog. In my defense, this is a blog that sells sexy stories, promotes steamy romance, and dares to imagine a future with bionic genitalia. Make no mistake, though. sex robots are a serious issue.

Sure, they’re easy to make light of when they still look like over-sized blow-up dolls with tits, but they are steadily becoming more advanced. They’re already entering the sex industry, albeit in a limited capacity. There are actual companies working on them, as we speak, and for good reason. The demand for sex is like the demand for water. It’s a market that can always be counted on and one Amazon hasn’t monopolized yet.

I’ve talked a bit about how sex robots might impact us, but I always assume that impact will be far greater than anything an aspiring erotica/romance writer can imagine. Hell, I doubt even movies can imagine it, although some like “Ex Machina” make a concerted effort.

Sure, there will always be truly deranged people who will become more deranged by presence and use of sex robots. Those people are always a minority, though. Like Charles Manson, they’re the disturbing exceptions that make the news, but not the norm.

Beyond the extremes, though, there’s another aspect of sex robots that I think warrants discussion and one that actually builds on other issues I’ve brought up on this blog, primarily those involving the challenges most people face in forging a healthy sex life in the modern era. If the failure of celebrity couples are any indication, then those challenges are more daunting than we think.

To illustrate the extent of those issues, take a moment to think about the number of people you know who have sought therapy or counseling in some form. Chances are you know more than one. I certainly do. Hell, I challenge anyone to find someone who doesn’t know anyone who has sought therapy.

According to the American Psychological Association, approximately half of American households had someone who’d sought therapy in some form or another. That data was gathered in 2004, though, and pointed out that some couldn’t even seek therapy, due to a lack of insurance. That’s a lot of therapy and a lot of people who need it that aren’t getting it. Now, take a moment to consider how much of that therapy involved someone’s sex life. While I doubt it applied to every case, I imagine there’s a significant portion of psychological issues that are tied to sex. The fact that sexual dysfunction is so prevalent leads me to believe that more than a few psychological issues are at work here.

Hell, it’s practically part of our popular culture. Watch any sitcom, any movie that doesn’t involve talking animals, or any novel that involves a Biff Tannen/Regina George knock-off and you’ll see it. A man or a woman has an unsatisfying, frustrating, or non-existent sex life. It is the source of a lot of problems, plots, jokes, gags, and obstacles.

Enter the intelligent, interactive, fully-functional sex robot. What does that do to therapy and the reasons we seek it? I’m not just asking that because I want you to picture a world full of advanced sex robots that look and function like Jenna Jameson and Channing Tatum on crack. Granted, I always want people thinking those kinds of sexy thoughts on this blog, but I want people to keep their panties on and look at the bigger picture.

It can and does take a psychological and physical toll on people. If the documented health benefits of orgasms are any indication, then nature wants us to have plenty of sex. Not getting it is like denying the body and mind key nutrients. Without it, there will be issues that go beyond bad moods and morning wood.

At the moment, it’s not easy for a lot of people to explore their sexuality and actually engage in meaningful sexual exchanges. Between uptight religious attitudes, rampant slut shaming, and woefully unequal gender dynamics, finding an adequate sexual outlet is not like going to the grocery store to buy some snacks when you’re hungry. It also comes with all sorts of risks, including disease, pregnancy, and toxic relationships.

The sheer breadth of this difficulty is a major driving force behind the sexual frustrations of many men and women, alike. It’s hard enough just articulating those desires, even to a therapist that is legally obligated to never tell another living soul about your clown fetish. Actually exploring those feelings and achieving some level of sexual gratification is more difficult.

Sex robots don’t just change that situation. They don’t just rewrite the rules of the sexual playbook. They throw the playbook out, shoot the people who wrote it, and use their notes as toilet paper. Sex robots are destined to upend the sex industry and already are in some parts of the world. The impact they’ll have on therapy, though, may be just as great, if not underrated.

Picture a scenario, if you can, of a young man or women going into a therapist’s office in the not-so-distant future. In that future, sex robots are a mature technology in the sense that robots are nearly indistinguishable from humans. They look, feel, and sound real. They have a measure of intelligence, but it’s not much greater than that of the virtual assistants we already use today.

Knowing this, the therapist sits the man or woman down and talks to them. They find out quickly that this person is dealing with depression, anxiety, stress, and loneliness on a level that’s beyond that of most people. As part of the treatment, the therapist provides them with a specially-programmed sex robot. It’s here where the implications become both daunting and seamy.

Second, the robot is programmed with a specific personality profile that takes into account the patient’s mental issues. It won’t be enough to just get them off. They’ll need to create an emotional bond with them so that they can help them cope with those issues. 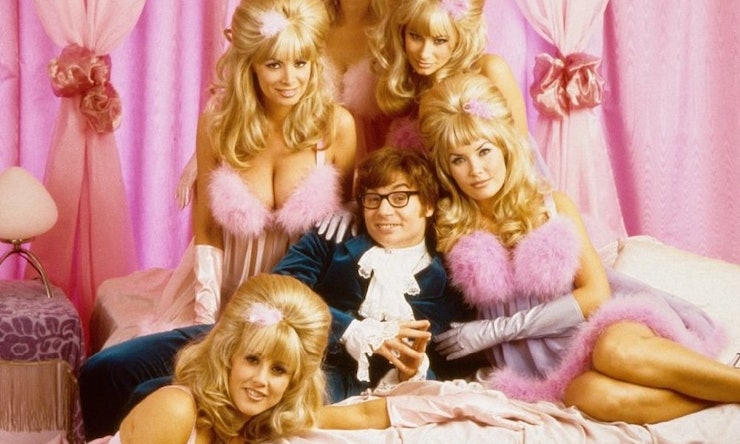 That process may not always include kinky sex. The sex robot may just be programmed to provide some sort of emotional intimacy that the person lacks or can’t find with another person. They could even be programmed to satisfy those who suffer from physical deformities, paralysis, or chronic disease. Thanks to these robots, everyone can have a physically and emotionally satisfying sexual experienced.

The possibilities are limited only by the extent to which a sex robot can be programmed for a specific purpose. Given how good we are at customizing our phones, cars, and even weapons, it’s very likely that we’ll do the same with sex robots for therapeutic and non-therapeutic use. On the therapy side, though, those possibilities have the greatest implications. It’s one thing for normal, healthy people to enjoy regular, satisfying sex with a robot. It’s quite another when people who would otherwise be crippled or hindered by mental illness are suddenly able to function again and achieve some measure of happiness.

Think, for a moment, what that means for society. It elevates sex robots beyond a mere novelty or kink. Suddenly, they become a means to treat people who never would’ve gotten treatment otherwise. In addition, those who’ve lost loved ones, become ill, or just can’t attract those cute cheerleader types that gets their blood flowing can enjoy intimate, satisfying experiences.

In terms of quality of life, it’s a huge boost. In terms of how we approach our sex lives and sexuality, in general, that’s a bit harder to quantify, even for a mind as lurid as mine. Having a society where everyone, man and woman alike, is sexually satisfied is kind of unprecedented.

It’s really hard to know just how such a society functions or even if it can function. Throughout history, our species has struggled to channel and manage our sex drive. The extent to which we have so many sexual taboos and asinine double standards just proves that the struggle is still ongoing.

Sex robots could very well be the most critical tool society creates in helping people achieve a level of emotional, physical, and mental satisfaction. In a world where everyone is that satisfied, how will we conduct ourselves? How will we interact with each other? It’s impossible to say, but if writing sexy novels has taught me anything, it’s that few things are more therapeutic than a satisfying sex life.