Masculinity, Mourning, And My Recent Loss

How is a man supposed to mourn when he’s lost someone he really cares about? That’s not a rhetorical question. I’m asking because it’s a question I wish I could answer. It’s also a question that I’ve been struggling with over the past week or so.

Recently, I got the sad news from my father that my grandmother had passed away. I’ve been debating on whether or not I should talk about it on this site. I know people don’t come here to hear about my personal crap. They would much rather talk about upcoming superhero movies, sex robots, and double standards.

However, I’ve since concluded that this is something I need to share, if only to help me cope. Without getting too much into the personal details, this loss really hurt. I was very close to my grandmother. She was a big part of my life for as long as I can remember and just referring to her in the past tense is a strange and distressing feeling, but one I knew I would have to face eventually.

I even knew it was coming sooner rather than later. My grandmother’s death did not catch anyone by surprise. She was in her late 90s and had been dealing with a lot of health problems over the past four years. The past several months have been especially bad, but I still visited her regularly, hoping to boost her spirits.

Now, the idea that I can’t visit her ever again is really hard to process. My grandmother was one of those special individuals whose presence just made everything inherently better. Even with her declining health, she never lost that amazing spirit. She lit up the room and she enriched my life in ways I can never put into words.

Mourning her has proven to be one of the biggest challenges of my adult life. I understand that this is the natural order of things. I know that loved ones eventually die, especially those who lived long, fruitful lives like my grandmother. That doesn’t make it any less painful.

In dealing with it, though, I find myself contemplating things about mourning that I didn’t expect. Some of it involves my own personal issues. Others involve a bigger issue that I feel is worth exploring, even as my current emotional state is so raw.

There are a lot of things I didn’t learn from school, parents, siblings, or peers that I wish I had while growing up. Chief among those things is coping with loss. It’s not that nobody tried to teach me those skills. It’s not like there was a course in it, either. I just never made much effort to learn them. In fact, I feel as though I avoided them outright.

Some of that might just be a result of me being more reserved. Most people who know me can attest that I tend to swallow certain feelings more than others, especially when those feelings come from real emotional anguish. I’ll sob, I’ll shed tears, and I’ll let my voice crack under the strain. I’ll try not to let it go beyond that, though.

It’s not something my family and friends pressure me to do. However, there are times I feel as though that’s what a man is supposed to do. While I don’t like attributing things to gender stereotypes, especially when double standards are involved, this is one instance where I fall right into a specific masculine archetype.

I freely admit that I don’t always express my emotions very well. I’m more inclined to hide them and hold them in. I even try to avoid them, hoping they just go away with time. That may work for some minor emotional upheavals. It doesn’t work quite as well when you’re dealing with a heavy personal loss.

That limited ability to express emotions very well has been really glaring since I got the news. I remember not reacting too strongly, but wishing I could. I remember being at a total loss, but wishing I weren’t. There were so many things I wanted to express and articulate, but couldn’t. I can honestly say that I’ve never been at such a loss before. 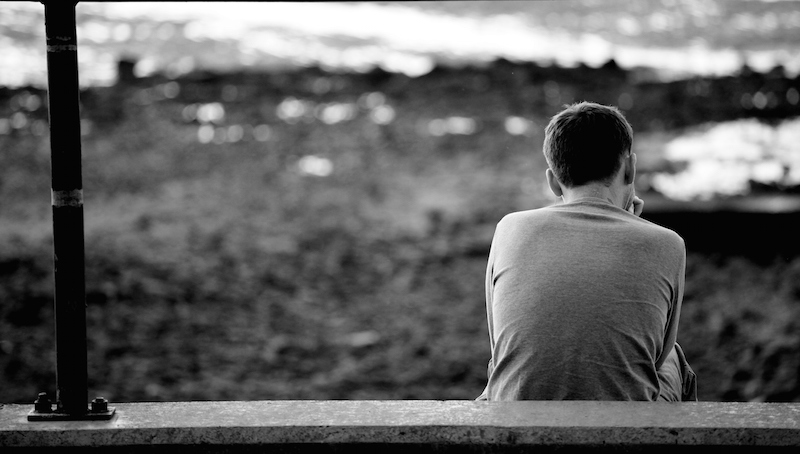 At that moment, being a man felt like being shackled to something. It was like trying to cross a river with heavy weights on my ankles. Even when sitting alone in my room with no one to judge me for how much emotion I showed, I still found myself at a loss. I knew I was feeling something hard, but I just didn’t know how to express it.

I’m not saying that inability is entirely attributed to me being a man. I can’t speak for all men, but I can attest on a personal level that I do feel pressure to put on a tough face when confronted with painful emotions. To do otherwise just seems contrary to what it means to be a man and maintain a masculine demeanor.

I know that sounds like I’m blaming my gender for my shortcomings, and maybe I am to some degree, but I find myself wishing that the processing of painful emotions didn’t carry these gender-based standards. Yes, there are some men who are every bit as emotionally expressive as most women, but those kinds of tendencies aren’t encouraged or celebrated. In some cases, they’re scorned.

I don’t blame women or women for that stigma. I get the sense we’re all responsible for propagating those standards, albeit indirectly. The idea that showing certain emotions isn’t manly while not showing enough isn’t womanly feels like an unnecessary burden that we place on ourselves, one I just learned is heavier than most.

While I don’t feel like men are mocked as much for showing their emotions as they were in the past, I still find myself struggling. It’s as though I had the opportunity learn how to deal with these painful feelings when I was growing up, but was pressured to not take advantage of them because doing so would reveal a personal weakness.

As misguided as that sentiment might have been, I’m still responsible for making those choices. I don’t deny that when it comes to knowing how to deal with losses on this level, I’m behind the curve. I’m very lucky that I have so many wonderful family, friends, and relatives who have been there for me every step of the way during this process. I don’t think I could’ve handled this as well as I have without them.

I just wish being a man didn’t make it inherently more difficult. Again, this is just my own experience and I can’t speak for all men. Maybe mine is an anomaly and my limited coping skills have more to do with my own personal issues than my gender. Whatever the case, this loss has revealed a lot about being a man and dealing with emotions.

I’m really going to miss my grandmother. I loved her a great deal and the idea of living life without her in it is still hard to wrap my head around. I intend to push forward, though. I know that’s what she would want. That’s what all our loved ones ultimately want once they’re gone.

Even if they can’t be in our lives anymore, we can still move forward with the strength their love gave us. To all those out there who have suffered a loss, I encourage you to take comfort in that strength. To my grandmother, who I’ll miss dearly, I thank you for showing me just how much strength there is in love. 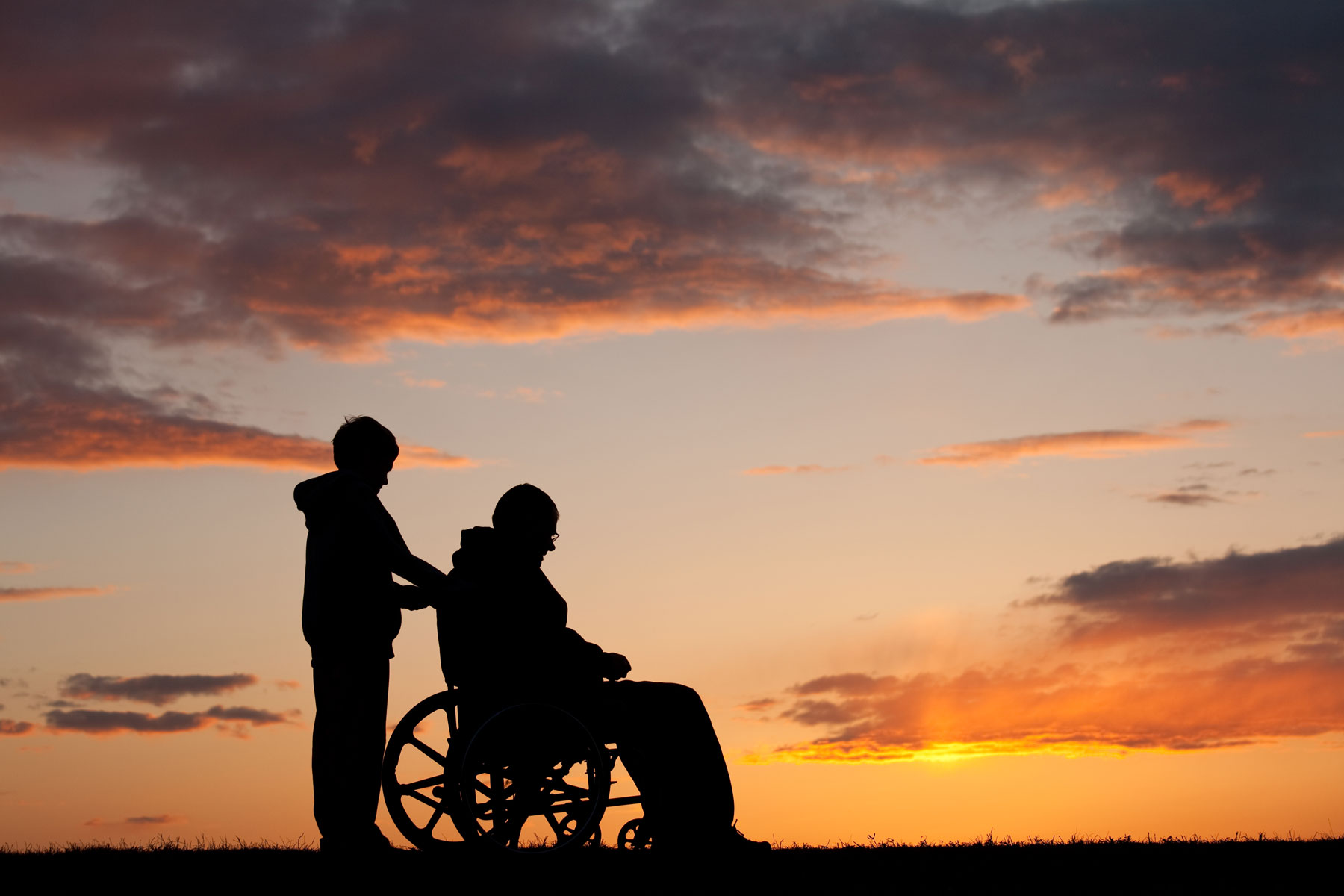 12 responses to “Masculinity, Mourning, And My Recent Loss”