The (Possible) Timeline For Human/Robot Marriage

It wasn’t that long ago when the idea that same-sex marriage would be legal in all 50 states and over two dozen countries around the world seemed outrageous. In fact, you’d only have to go back 25 years to be in a world where no state or country recognized same-sex marriage as a legitimate marriage.

That kind of societal shift is pretty remarkable. Considering how long it took for women to get the right to vote and for racial segregation to dissolve, the legalization of same-sex marriage felt downright sudden. It didn’t just reflect changing attitudes towards homosexuality and sexual minorities, in general. It showed that society was capable of expanding its idea of love, romance, sex, and family.

Granted, that did plenty to upset the regressive, ultra-conservative crowd. Some are making a concerted effort to re-institute bans same-sex marriage and there are still plenty of anti-LGBT organizations out there who work to undermine marriage equality, even at this late stage. As it stands, though, their fighting a losing battle, both in terms of ideology and in terms of shifting demographics. At this point, it’s fair to say that they’ve lost and same-sex marriage is here to say. However, there may be another marriage-related issue brewing and it might be even more of a game-changer than same-sex marriage. That’s because this issue involves sex robots.

I’ve already done plenty of speculation about how robots may affect our sex lives, our emotional health, and even our concept of family. However, I’ve yet to take a step back and assess the implications of sex robots on a larger societal level. That impact is difficult to predict, if only because human society is so unpredictable.

Few could’ve predicted the rapid adoption of same-sex marriage. I imagine it’ll be even harder to predict the impact of sex robots, if only because there’s no precedent. Humans have never lived in a world where functional, intelligent sex robots are part of society. Sure, some eccentric person will try to marry a sex doll every now and then, but that’s a novelty and not a legal, recognized trend.

Difficult or not, I am willing to make one prediction that I’m fairly confident will happen. Save this page, mark this date, and carve it in bedrock because I strongly believe that this will be a real controversy that plays out at some point in my lifetime.

Marriage between humans and robots WILL happen and it WILL be legalized at some point in the future.

To be fair, I am not the first person to make this prediction. People much smarter and more informed than I am have made similar predictions. The general consensus is that by the year 2050, human/robot marriage will be a legally recognized union. It won’t just be some eccentric oddity reserved for the socially awkward. It’ll carry the same legal, social, and emotional weight as any marriage today.

I’m willing to be a bit bolder with my prediction, though. I’ll go so far as to say that human/robot marriage will occur far sooner than 2050. I’m not ready to put a date on it, but I do see it happening sooner than most expect. I also expect there to be plenty of controversy. It’ll likely be more heated than the one surrounding same-sex marriage.

I’ll give a moment for social conservatives and extreme reactionaries to stop shuddering in horror. Take all the time you need. To that crowd and anyone else concerned/scared of this possibility, I can offer at least some solace in the sense that this isn’t going to happen overnight. However, the factors for it to eventually happen are already manifesting.

Step 1: Robot intelligence must advance to a point where they have a sense of self and identity.

Step 2: Robots must gain some level of citizenship status within a society, which must also happen in conjunction with a change in what constitutes identity in a non-human context.

Step 3: Robots and humans must start forming intimate personal relationships, romantic and platonic, that closely mirror those between other humans.

Step 4: The relationships between humans and robots must gain some level of acceptance as a legitimate, non-taboo kind of relationship.

There are probably more detailed steps in between, but I would identify these steps as the most critical. So far, none of them have been achieved. While I’m aware that Saudi Arabia recognized its first robot citizen in 2017, I see that as more of a symbolic gesture cloaked as a PR stunt.

The robot they recognized, Sophia, is not the kind of robot people will marry in the future. This robot, which is pretty advanced by most standards, doesn’t quite meet the criteria necessary for sentience. It’s unlikely that she would be able to pass the Turing Test consistently or carry out the personal, physical, and emotional attributes of a spouse.

At the moment, human-level intelligence in a robot has not been achieved, let alone the kind of intelligence necessary to have a sense of self and will. We’re still quite a way from a robot that will one day ask whether or not it has a soul, which may end up being the moment we find out whether artificial intelligence becomes an existential crisis.

In the human/robot marriage timeline, though, we work under the assumption that the robots we create for uses beyond sex or labor will share a desire to form intimate connections. Granted, that’s a pretty lofty assumption, but one I think is already manifesting with the rise of the sex robot industry. 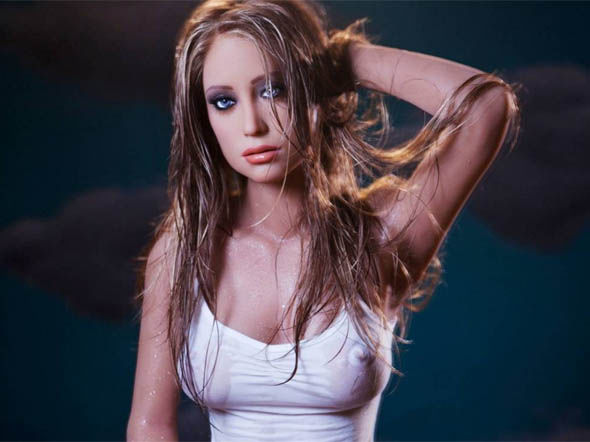 The fact sex robots are a growing industry and a growing controversy already reveals a desire, at least from the human part, to form an intimate connection with machines. If that desire finds its way into robots and artificial intelligent systems, then it’s likely those machines will seek connections too.

I believe that, as soon as there’s a robot or an intelligence that has such desires, the first and most critical step in the human/robot marriage timeline will be fulfilled. After that, it may only be a decade before humans start marrying robots. It may happen even sooner than that simply because digital evolution is so much faster than biological evolution.

It’s hard to say how close we are to creating that kind of intelligence. Even the most advanced sex robots today and the most advanced AIs aren’t quite at a level where they gain a sense of identity, but I believe we’re closer to that point than most realize. There are some who say robots will never advance beyond a certain point, but there are others who say it might reach that point by 2029 at the earliest.

If history is any guide, those who tend to claim a technological feat is impossible are usually proven wrong and look downright stupid through the lens of history. Those who are insanely optimistic about also get proven wrong too. For the most part, the achievement happens somewhere in the middle.

I won’t predict when robots are capable of human-level intelligence, but I believe it will happen before 2050 and it probably won’t happen all at once. Technology never does. At some point, though, we will find ourselves living in a world where non-human intelligence is part of our lives and it won’t seem like a novelty. It’ll be our new normal.

As happened with other minority struggles, it’ll take a while for robots to gain the kind of legal status necessary for a legitimate marriage. It’ll be controversial and probably end up being a major political issue. However, given the economics of robotics along with the intimate connections we’ve already forged, I believe robot citizenship will eventually happen and must faster than we expect.

Once that intelligence finds its way into a body or form with which humans can share intimate relationships, then human/robot marriage doesn’t just become possible. It becomes inevitable. We’ve already had people marry their phones. Is it really such a stretch to imagine that they’ll marry an intelligent robot capable of forming intimate, loving connections? I think it’s not just possible. It’s inevitable.

Filed under futurism, Marriage and Relationships, sex in society, sexuality

2 responses to “The (Possible) Timeline For Human/Robot Marriage”