I was going to talk about a more pressing topic today. Then, some news and tidbits about the upcoming “X-men: Dark Phoenix” movie hit the web and I immediately updated my priorities.

For those of you who rely on this blog for sexy thoughts and updates on bionic penises, I ask that you sit tight. Also, I’m not apologizing because I think I’ve made it pretty clear that I’m a huge comic book fan and an ardent X-men fan. When there’s big news about both, it’s going to get my attention and I’m going to talk about it. That’s all there is to it.

At this very moment, “X-men: Dark Phoenix” is beginning production. The first images from the movie set have leaked and James McAvoy, who plays Charles Xavier, has teased the prospect of shaving his head again. As a comic book fan and a Marvel fan, I couldn’t be more excited about this without Jennifer Lawrence begin naked. Then again, with the X-men movies, that may be a moot point.

As excited as I am to see this movie come to life without someone going on a cocaine bender, there has been some recent news that’s worth mentioning and it does have some important implications for “X-men: Dark Phoenix” and the future of the X-men a movie franchise.

I’ll probably end up saying this more than a few times between now and next year, but “X-men: Dark Phoenix” is the most important X-men movie ever made. It’s not just that Fox has to keep making X-men movies in order to keep the movie rights from reverting back to Marvel/Disney, which happened with Daredevil. This movie is both a foundation for the future of the X-men, as well as an act of redemption.

That leads me to the first major bit of news that came out recently. Unlike “X-men: Apocalypse,” Bryan Singer won’t be directing this movie. Instead, “X-men: Dark Phoenix” will be directed by long-time X-men producer, Simon Kinberg. 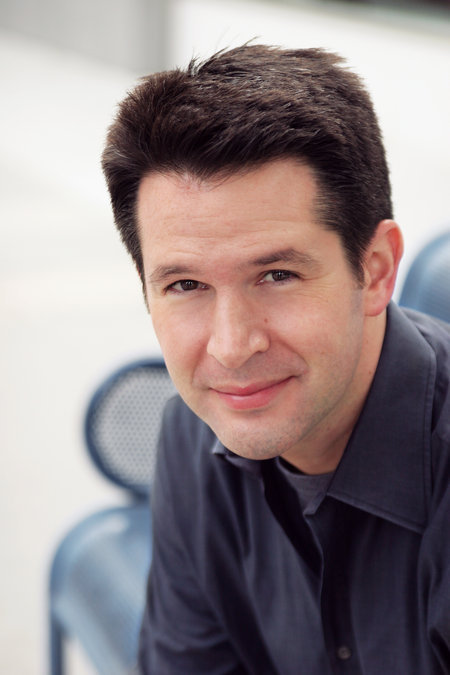 This is already a big deal for anyone who had their heart, soul, and balls crushed by the massive wet fart that was “X-men: The Last Stand.” That movie was mired in controversy before it even began production because Bryan Singer left the franchise to direct “Superman Returns.” That move left X-men fans with Brett “Rush Hour” Ratner. In hindsight, nobody won that exchange.

There’s another important element to highlight with Simon Kinberg directing this movie. As I pointed out in my instructions on how to not to screw up “X-men: Dark Phoenix,” Kinberg showed a bit of humility that’s rare for Hollywood these days. He apologized for the role he played in “X-men: The Last Stand” and vowed to do better if he got a second chance.

Well, that chance has arrived for Mr. Kinberg. On paper, he’s the best man for the job because he has a huge personal investment in this movie. He understands that he botched the Phoenix Saga when he tried to force it into “X-men: The Last Stand” as half-baked side-plot. He also understands why that was a big problem and a huge taint on his credibility with X-men fans.

As director of “X-men: Dark Phoenix,” he can do more than just get the Phoenix Saga right the second time around. He can be more than the man who not just atoned for the cinematic migraine that was “X-men: The Last Stand.” He can be the man who brought the greatest X-men story of all time to life and made it awesome. That’s a hell of a legacy, one that will surely get him laid by X-men fans for the rest of his life.

He has no excuses and all the resources. Unlike the last craptacular attempt in “X-men: The Last Stand,” this movie has every cast member returning, including Jennifer Lawrence and Michael Fassbender. The younger cast, led by Sophie Turner’s Jean Grey and Tye Sherridan’s Cyclops, is all under contract. None has jumped ship for a DC movie. If you don’t think that’s a big deal, just look up James Mardsen.

Mr. Kinberg may even be getting an extra boost with that cast because another bit of important news dropped recently. According to Deadline, Jessica Chastain is in talks to join the cast of the movie. Other than her inherent sex appeal, her role actually has some vital implications for this movie, as well as some uneasy concerns.

That’s because Ms. Chastain is in line to play a well-known X-men character named Lilandra. In the context of the Phoenix Saga, as well as the X-men as a movie franchise, that’s a big deal because Lilandra isn’t just any ordinary supporting character for the X-men. She’s the empress of a race of warring, bird-like race of aliens called the Shi’ar.

If that sounds like a lot of WTF to inject into a movie franchise that already has problems staying grounded, thanks largely to conflicting timelines, then calm down. There is at least some method to the madness and trust me, there’s still plenty of WTF to go around.

The casting of Lilandra is huge for the X-men franchise and for “X-men: Dark Phoenix” because in the original comics, she plays a critical role. In fact, it’s not unreasonable to say that she’s a big reason why the original Phoenix Saga became the dramatic, heart-wrenching story that still gives X-men fans wet panties to this day.

The Phoenix Force, at least in the comics, has a very cosmic origin. It has roots in an elaborate space mythos that would make the Church of Scientology envious. “X-men: The Last Stand” captured precisely none of that. Instead, it built the Phoenix around the idea of Jean Grey going crazy and Famke Janssen looking deadpanned every other frame. It’s even less exciting than it sounds.

This development with Lilandra is big because it means “X-men: Dark Phoenix” is going to try to follow the comics a bit closer. It also means that the X-men may have a very different enemy to face this time. After over a half-dozen movies of clashing with Magneto, it’s something the X-men movies need.

In fact, when I made my list of ways to not screw up “X-men: Dark Phoenix,” I highlighted the need for better enemies as one of the critical reasons. I cited a character named Mr. Sinister in that article. While he would be a huge draw in any X-men movie, especially if Bryan Cranston played him, he does have one shortcoming. He played no significant role in the Phoenix Saga.

With the casting of Lilandra, “X-men: Dark Phoenix” checks more than a few boxes and I’m not just talking about those involving X-men fans. Lilandra may have been a quasi-villain in the original Phoenix Saga, but she’s no Rita Repulsa. She’s no Disney Princess either.

She’s a tough, driven, hard-nosed ruler who will make hard decisions and not shed a goddamn tear about it. At a time when Wonder Woman has proven that there’s a market for badass female heroes, Lilandra can show that there’s also a market for complex female villains.

That’s a big deal in an era where Hollywood is trying to cater to more than just young men with a functioning penis. Everyone is trying, and failing at times, to create strong female characters. They’ve finally got a major success with “Wonder Woman.” Lilandra can be a success on the other end of that equation, but as a villain. Having a character like Lilandra, along with the star power of Jessica Chastain, can break new ground for the X-men movies and for female characters in movies as a whole. However, with such a small margin for error, there is a distinct possibility that messing up this part will derail the movie.

Keep in mind, this is also a movie that has Sophie “Sansa Stark” Turner front and center. Her profile is rising fast and catching up to Jennifer Lawrence, probably more so than she’d ever admit. As Jean Grey, one of the founding members of the X-men and one of the most powerful female heroes in Marvel, there will be a lot of girl power in “X-men: Dark Phoenix.”

If it works, then it’ll be a boon for female superheroes on par with “Wonder Woman.” If not, we may end up with another “Catwoman” scenario that sets both the X-men franchise and the genre of superhero movies back another decade. As an X-men fan, I don’t want to see neither.

While I’m thrilled that Mr. Kinberg is going out of his way to capture the core elements of the Phoenix Saga for “X-men: Dark Phoenix,” I’m also worried that he’s not giving this movie a lot of flexibility. Just having great female characters and a great female villain just isn’t enough. Just ask “Power Rangers.” The story and drama has to work.

The cost of failure will be even higher this time around and not just for Mr. Kinberg. Failing to do justice on the most iconic X-men story of all time won’t just put him on the same level as Joel Shumacher. He’ll be responsible for failing to do justice to a strong female character in Jean Grey who, until “X-men: Apocalypse,” was nothing more than a pretty face for Wolverine to whine about.

I want to believe that Mr. Kinberg learned his lessons after “X-men: The Last Stand,” but that might not be enough for this movie. The cast is already pretty bloated and will likely juggle a lot of side-plots, which was one of the criticisms of “X-men: Apocalypse.” Adding aliens and cosmic forces to the mix is sure to complicate that.

Even with complications, “X-men: Dark Phoenix” has the potential to lay the foundation for the X-men franchise for the decade. By opening up the X-men’s more cosmic side, which includes space pirates and terrifying alien bugs that would give Ridley Scott nightmares, there could be a whole host of new movies for the X-men to pursue.

Again, a lot of that hinges on the success or non-total failure of “X-men: Dark Phoenix.” One movie can kill a franchise. Just ask the Fantastic Four. Mr. Kinberg was involved in that, which is another major concern, but he was not nearly as much at fault for that bombastic failure as he was “X-men: The Last Stand.” Despite this, I’m sure he’d like to make “X-men: Dark Phoenix” a high point for his career.

For now, these are my primary concerns and while some may end up being alleviated, others might emerge. Whatever the case, expect me to keep a close eye on developments involving “X-men: Dark Phoenix.” Between the stakes for X-men fans and the future of female characters, this movie is a huge deal in more ways than even Mr. Kinberg probably thinks.

In the meantime, I’ll keep myself busy with sexy stories and news about sex robots. For other X-men fans, here’s a fan trailer of the Dark Phoenix Saga using clips from the classic X-men 90s cartoon. It’s not much, but it should tide X-men fans over until the first trailer comes out.