What Radical Feminists and Incel Men Have In Common

Since I’ve been browsing the internet, I’ve tried to keep up with its assorted jargon, slang, and euphemisms. Given the rapid pace of technology and the uneven pace at which society adapts, it can be pretty daunting. There are times I feel like I have fallen behind. I still remember feeling foolish when I asked someone what a hashtag was.

While I make an effort to keep up, there are certain parts of net-based sub-culture that I prefer to avoid. I’m not just talking about Twilight message boards. I’m talking about the kind of domains on the internet where people who have genuine, in-need-of-help problems congregate to whine, complain, and otherwise compound their problems.

One such sub-culture that I’ve avoided talking about on this site or in general is that of the so-called incel community. For those of you who haven’t heard of it, and I envy those who had avoided it thus far, incel stands for “involuntary celibate.” In essence, they identify themselves as men who would like to have sex, but cannot because women and society at large has prevented this. It’s as crass as it sounds, but it gets much worse. I would’ve been content to never even mention the incel community on this site. Then, a self-identified incel carried out a deadly attack in Toronto that killed 10 people and suddenly incels weren’t just in the news. They were a genuine danger. Since I try to discuss relevant topics on this site, be they sex robots or superhero movies, I’m going to grit my teeth and talk about this frustrating phenomenon.

Yes, I know that sounds counter-intuitive. I also imagine there are some self-identified feminists out there who want to punch me through their computer screen. To those individuals, I ask that you restrain yourself for just a moment so I can explain. 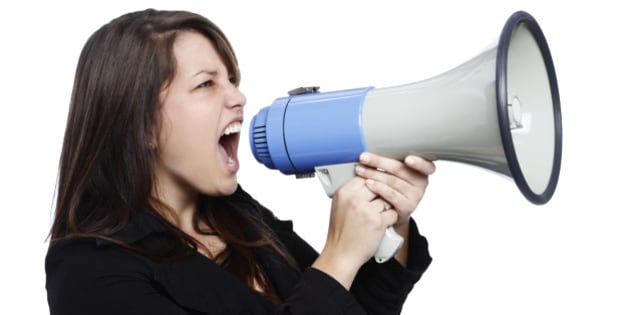 Before I go any further, I want to make one thing clear. I do not associate radical feminism with more mainstream brands of feminism that, for the most part, are fairly reasonable in their rhetoric and sincere in their efforts. I also want to make clear that I do not associate the incel community with men’s rights activists, who are every bit as reasonable and sincere.

The incel community and radical feminists are extremists, plain and simple. They don’t even try to be reasonable. Like the extremists of a religion or political ideology, they cannot and will not be dissuaded. Their attitudes and conduct are built on a foundation of unceasing, uncompromising outrage.

This is where, ironically and fittingly, both incels and radical feminists intersect. They are, to a large extent, defined by their outrage. They despise a world that they feel has deprived them of something they deserve. They carry themselves as perpetual victims, trapped in a society that actively plots against them to keep them miserable.

You don’t have to look too far to see the similarities here. The incel community doesn’t even try to hide its blatant misogyny, just as radical feminists don’t even try to hide their overt man-hating. The targets of their hate are different, but the intent behind it is the same.

The hatred is a catalyst and a rallying point for those inclined to embrace more extreme forms of ideology. That hatred simplifies complex issues, allows them generalize large swaths of people, and believe without question that there’s a cabal of evil bullies actively plotting against them. They are basically the Alex Jones of gender conflicts.

It’s for that reason that few take them seriously, even within feminist and men’s rights communities. Even when a radical feminist claims all heterosexual sex is rape or an incel man claims that all women are sluts, they’re either ignored or written off as trolls. However, in wake of recent events, that’s getting somewhat harder.

Between the attacks in Toronto and the growing spread of outrage culture, both radical feminism and the incel community have many ways of making their voices louder and spreading their hatred. Like any extreme within an ideology, they will complicate or outright corrupt reasonable debate on reasonable issues involving gender.

I believe those issues should be discussed and I’ve tried to approach them on this site in as balanced a way I can, at least to the extent I can as a man and an aspiring erotica/romance writer. However, in the same way creationism obscures science, radical gender ideology obscures real gender issues.

It even goes beyond derailing otherwise important debates about relevant issues. In the one area where both incel men and radical feminists are most alike goes back to their attitudes. Beyond the hate and trolling, there’s one other trait that binds them. They embrace and cling to the idea of perpetual victim-hood.

Incel men believe they are victims of greedy, selfish women who refuse to give them the sex and intimacy they want. Radical Feminsts believe they are victims of a greedy, oppressive patriarchy that only exists to bully them and hold them back. In that context, they are always victims. They never have to claim a shred of responsibility. They can just blame their perceived oppressors.

That’s not just insulting to real victims. It’s flat out lazy. Incel men and radical feminists carry themselves as though other people must go out of their way to give them something, be it sex, justice, or reparations of some sort. They, themselves, don’t have to do anything. They just whine, complain, and shame others to get what they want.

I would call that approach childish, but that would be insulting to children. The absurdity of that mentality is impossible to overstate. However, and I think reasonable feminists and men’s right activists would agree, there are a few basic truths that we all must accept, regardless of our gender.

The universe is not fair.

Some people are born with more advantages than others.

Nobody owes you anything, be it sex or preferential treatment.

Respect, achievement, and merit must be earned and not given.

These are the simple, inescapable facts of life. We learn them at some point in our lives. Some take longer than others, though. What makes incels and radical feminists so similar, and so unworthy of respect, is how they utterly refuse to learn those lessons. As a result, they’re just setting themselves up for more frustration.