Breaking Down The Breakup Between Anna Faris And Chris Pratt

The life of a celebrity compared to the life of a non-celebrity couldn’t be more different without involving aliens, unicorns, and pet monkeys. That’s also a major reason why we’re so fascinated by celebrity culture. Say what you will about the crazy headlines of the glorified toilet paper known as tabloids. They still get our attention and, as I’ve pointed out before, that’s the most valuable currency in our economy.

As such, a high-profile celebrity couple breaking up is a big deal. From a celebrity culture and deranged tabloid perspective, it’s like crack mixed with meth mixed with heroin. It’s as addictive as it is debilitating. It crushes whatever fairy tale narrative we had playing out in our collective psyches and making us question whether love is truly real.

Now, I don’t doubt the allure of celebrity romances. These are people with a lot money and power at their fingertips. These are people who could ask a random stranger to smear pudding on their chest and have a hungry loin lick it up and they’ll do it with a smile.

They have every conceivable resource to make their relationships the sort of thing that Disney movies are built on. How is it that they keep failing? That’s not just a perception thing either. In terms of raw numbers, celebrity marriages fail at nearly twice the rate of non-celebrity marriages. With all that money and power, how is that even possible?

Well, last week we were reminded that no matter how many fairy tales fever dreams a celebrity romance may inspire, it can still fail. The latest involves Chris Pratt and Anna Faris, one of Hollywood’s highest profile celebrity couples. After an eight-year marriage, they’ve announced that they’re legally separating.

Even I admit, this one caught me by surprise. I’ve been a fan of Chris Pratt since his day as the chubby dork, Andy Dwyer, on “Parks and Recreation.” I’ve also had a soft spot for Anna Faris since her colorful performance in the horror spoof, “Scary Movie.” The fact that those two got together and stayed married for nearly a decade was just a nice bonus.

However, much like the end of Brad Pitt and Angelina Jolie, the high-profile nature of the marriage always made it subject to scrutiny. Most recently, there had been rumors that Pratt had cheated on Faris with Jennifer Lawrence, his co-star in their movie, “Passengers.” 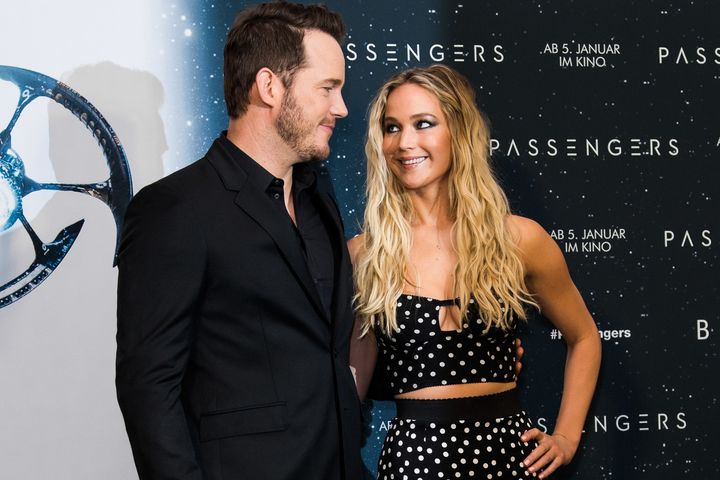 I tend not to give much weight to such rumors, even when Jennifer Lawrence is involved. That hasn’t stopped some people from blaming Ms. Lawrence for the breakup, but that’s to be expected. Brad Pitt had been subject to similar rumors before his breakup with Angelina Jolie.

In general, it’s fairly safe to assume that, unless there’s high-definition sex tape, those rumors are only partially true at most. Since nobody other than Pratt and Faris know the full story behind their breakup, I’m not going to assume that cheating or infidelity was involved. According to Pratt’s own statement, the breakup was mutual.

“Anna and I are sad to announce we are legally separating. We tried hard for a long time, and we’re really disappointed. Our son has two parents who love him very much and for his sake we want to keep this situation as private as possible moving forward.”

For now, I’m going to take Mr. Pratt at is word, but assume there were other dynamics at work that neither he nor Faris care to share with an unforgiving public. I’m not even going to speculate on what those dynamics can be. Instead, I’m going to step back and look at the bigger picture here. If nothing else, I’d like to give think fans of both Pratt and Faris, as well as fans of any celebrity couple, a sense of perspective.

Much of that perspective boils down to one inescapable truth. Celebrities live crazy lives, work crazy jobs, and deal with crazy stresses that no ordinary person can hope to understand, let alone deal with. The fact that any celebrity romance succeeds in the long run is nothing short of a miracle.

These are not people with normal or even semi-normal experiences. These are people doing things few people can do, achieving success that most people never achieve, and struggling to manage it all without going insane. So whenever a celebrity does have a very public breakdown, of sorts, it really shouldn’t surprise anyone.

On top of that, celebrities often work jobs that keep them busy for insane hours and requires them to spend a good chunk of their time traveling. Even if they have their own private jet and a support staff who effectively manages every minor detail of their lives, right down to the brand of toilet paper they buy, they’re still always busy. In a sense, being a celebrity is as close to a full-time job as anyone can have.

How can you make a relationship work in those circumstances? That’s not a rhetorical question. That’s an ongoing issue that many celebrities struggle to solve. Pratt and Faris thought they had the answer. I’m sure Pitt and Jolie felt the same way. In the end, they were wrong. It’s tragic, but it shows just how hard it is to answer that question.

That’s not to say it’s impossible. Some celebrity couples find a way to make it work. They are, however, the exceptions and not the norms. Realistically speaking, the circumstances of a celebrity romance are a checklist of how not to structure a relationship. For the sake of context, here are just some of them.

Just dealing with a few of these issues is stressful enough on any relationship. That’s why occupations like bartender, massage therapist, or police officer have a markedly high divorce rate. With celebrities, though, the challenges are even greater because it’s not just one or two issues. It all of them.

At the end of the day, no matter what Tom Cruise may think, we’re all human. We all have human brains that are stuck with caveman settings. Those brains aren’t equipped to deal with the rigors of a celebrity life. Hell, it’s barely equipped to handle our current ideals of romance.

Chris Pratt and Anna Faris had the odds stacked against them from the beginning. They clearly loved each other. They made that abundantly clear in their announcement. However, their brains have the same limits as ours. Those brains compel us to form the kinds of intimate, close connections that are easily strained by stressful jobs, constant travel, and an excess of beautiful people willing to sleep with you.

Most relationships, in general, struggle to function in those conditions, as evidenced by the non-celebrity divorce rate. Pratt and Faris tried to beat those odds, on top of all the forces working against them, and did a lot better than most. Just ask anyone Taylor Swift ever dated.

At the end of the day, though, the mechanics of a celebrity romance are just too daunting, even for those who genuinely love each other. It’s part of why people root for celebrity romances . The idea that two people can overcome those daunting obstacles nourishes our ideals about love and marriage. When that fails, it hits those ideals pretty hard, as evidenced by the Twitter reaction to the Pratt/Faris breakup.

Waking up the the news that Chris Pratt and Anna Faris are separating and that love is officially dead. pic.twitter.com/g1JZbUpfGD

If you or anyone you know has been affected by Chris Pratt and Anna Faris' divorce, please know you are not alone.

While it is disappointing, especially for a relationship that seemed more healthy than most, it still shouldn’t be surprising. We, the non-celebrities of the world, can’t forget that people like Chris Pratt and Anna Faris live such crazy lives that are wholly unconducive to our romantic ideals.

Some of that is our fault. Some of that is the fault of biology with the way our brains are wired. Even so, it shouldn’t destroy our concept of love. If nothing else, it should remind us that making a relationship work is hard, but the fact that celebrities try as hard as they do is proof that the work is worth it.