Neuralink: How Brain Enhancement Will Make Us Sexier (And More Loving)

At the beginning of every year, millions people stand in front of the mirror, look at all the weight they’ve gained since Christmas, and promise to themselves that they’ll eat healthier and exercise more for the coming year. It’s an entirely noble promise, seeking greater health. It’s also a promise that most are destined to break.

Any effort to better ourselves, no matter how healthy or noble, is an uphill battle. That’s why the vast majority of diets do not work on a long-term basis. You can lose a little weight here and there, but it almost always comes back. Then, you hate yourself a little more, look for excuses, and go back to drowning your sorrows in a tub of ice cream.

However, it’s not entirely your fault that you broke that promise to yourself at the beginning of the year. It’s not even the fault of bullying, the media, or even food companies that insist on making unhealthy food that tastes too damn good. No, it’s the fault of one organ in your body. No, I’m not talking about your stomach either. It’s your brain.

Naturally, this does affect our sex lives, our love lives, and everything in between. When we’re unhealthy, it makes it damn hard to get in the mood, sustain the mood, and make that mood meaningful. How can we when we’re craving sugar cookies, beer, and Netflix? Again, it’s our brains. It’s the reason why we can’t live healthier, sexier lives.

That brings me back to Neuralink. Yes, I’m not quite ready to shut up about it yet. There’s just so much to talk about and so many implications, some sexier than others. I’ve been talking largely about the big picture and the pragmatics of brain implants and brain enhancement so far. Now, I’d like to get to the sexy stuff.

Last year, I talked a bit about how I essentially shamed myself into adopting a healthier lifestyle. I went from a cookie-eating, soda-drinking couch potato to a guy who exercises almost every day and tries not to gorge on donuts every day. It shows in my health and my sex appeal. I can take my shirt off at the beach and be fairly certain that the women who see me won’t be disgusted.

That process of getting healthier was hard. My brain was my biggest enemy in that it fought me every step of the way. That’s because the human brain isn’t necessarily wired for a healthy lifestyle in an era where there are no famines and no hungry bears trying to eat us. It’s wired to basically do what makes it and the body happy.

Unfortunately, that often means eating copious amounts of the fattening sugar that used to be such a rarity in the natural world before modern sugar processing. Again, you can blame big corporations as much as the kale-eating hippies of the world, but the issue isn’t capitalism. It’s our faulty brain wiring that hasn’t been updated in 200,000 years.

Our brain is wired to value sugary, tasty foods that give us a quick dopamine rush. It’s also wired to maintain existing habits and mentalities over creating new ones because change is a stressful process. Being the crude piece of hardware that it is, the brain generally tries to avoid stress.

Naturally, this unhealthy brain wiring affects our sex lives as well. While we are a very social species, our brain often struggles between selfish and affectionate tendencies. That means that once the brain gets its dopamine rush from the sex and love we make, it’s generally pretty selfish about it.

That’s why we have men who will do a few casual humps, blow their load, and then look for an excuse to turn on Sportscenter. That’s why we have women who will just lie there, bark orders, and expect their partner to do all the work. That’s why we find ourselves in relationships where two lovers just aren’t on the same page, get bored with each other, and look for the next dopamine rush, whether it’s the pool guy or the babysitter.

It’s a sad and unpleasant byproduct of a brain that has been stuck on the same settings since the stone age and is at the mercy of crude, unguided chemistry. There are those who can overcome it to lose a lot of weight and form marriages that last more than half-a-century. Unfortunately, that’s the exception and not the norm.

That’s where Neuralink comes in. It’s doing what no diet pill, self-help book, or talk show host ever dared to do. It’s getting right to the root of these problems, which is in our brains. Tweak the wiring and suddenly, every weight loss guru is out of a job.

How would that work? Well, keep in mind that Neuralink‘s stated goal is to integrate computer technology directly into our brains to improve various brain functions. Well, that improvement part isn’t just limited to basic math and keeping up with the latest season of Scandal.

Picture the brain of someone who is insanely fit, like the Rock or Kate Hudson. How is their brain wired? How do they get themselves to do what they do? Well, we already know how to scan brains. It wouldn’t be easy to decipher the particulars of that wiring, but it’s not impossible. A neural implant would simply mimic that wiring, setting our brains up so that we have the right mindset for being healthy. 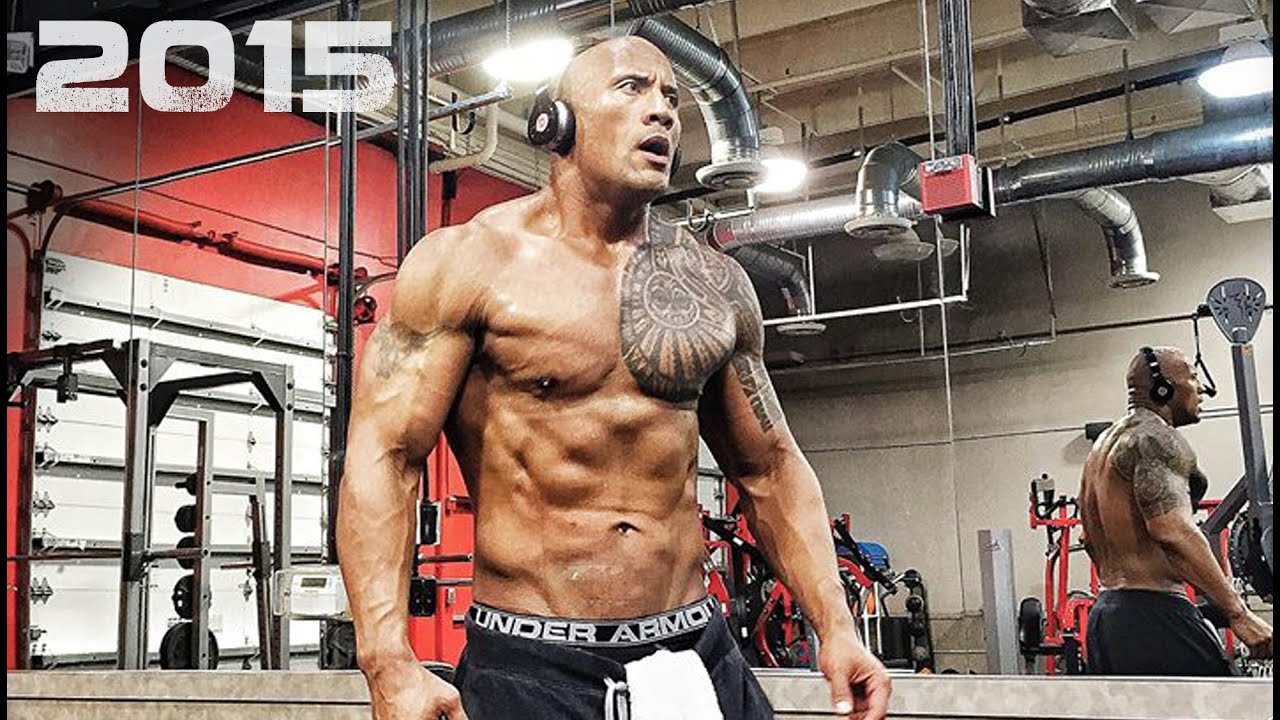 It goes even farther than that though. A neural implant means we’re not restricted to the brain’s traditional limits. That means it could, in theory, wire our brain in a way that makes us less hungry. We would no longer succumb to that powerful impulse to buy a dozen donuts every time we walk by a Krispe Kreme.

Beyond mitigating hunger, an implant could also wire our brains in a way that makes us feel an extra rush of dopamine when we exercise. Remember that so-called “coregasm” I mentioned when I talked about different kinds of orgasms? Well what if doing 100 sit-ups or 100 push ups gave us the kind of orgasm usually reserved for three-ways with cheerleaders and Hugh Jackman? You’d become a fitness junkie overnight. 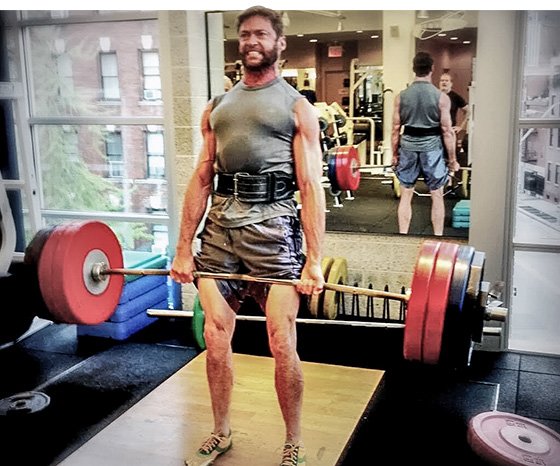 The same extends to food. One of the reasons why we can’t stop eating all the unhealthy shit we eat is because it tastes so damn good. It tastes good because our brains make us believe it tastes good. Well what if a neural implant could make it so a bowl of kale tastes like a slice of chocolate cake dipped in bacon grease? Suddenly, eating healthy isn’t just practical. It’s a goddamn party.

So a neural implant can wire your brain in a way that makes you eat better, exercise more, and feel healthier. That’s all well and good, but looks alone aren’t going to make you sexier. You can look like an Olympic athlete, but if you’re an amateur once the panties come off, then you might as well be Al Bundy.

A neural implant with just the right settings can change that. Ladies, have you ever had a man just hump you for a few minutes, blow his load, and then roll over and fall asleep before you even had a chance to get wet? Well, it’s not entirely his fault. He’s still an inconsiderate asshole, but there is a biological reason for it.

In the brain, there’s this chemical called prolactin. It has a lot of complex impacts on the brain, but it’s what keeps a man from going more than a few rounds between the sheets. When his brain is full of this chemical, his soldier will not be saluting you for a while. Add the shot of endorphins that comes with a typical male orgasm and he might as well have a tranquilizer dart in his head.

Now tweak that brain chemistry a bit. Make it so a man’s brain isn’t wired so he’s “one and done,” so to speak. Ladies, you now have a lover who can hang in there for multiple rounds, keep the mood sexy, and ensure you that special trip to O-Town you crave. That’s what a neural implant could do.

It’s not just for the men either. Guys, have you ever had one of those ladies who, despite your best efforts, can’t seem to make it all the way to O-Town? Well, there are any number of reasons why that could be and not all of them are your fault. Many, in fact, are in the woman’s brain.

Using the same approach, adjusting the wiring for female settings, a neural implant could install the mental equivalent of an express lane to O-Town. That means that men can feel like Brad Pitt on crack when they’re making love, sharing multiple round-trip vacations to that special place of sensual bliss. How much better would your sex life be if your brains were wired like that?

Go even farther than that. Go beyond having the kind of hot sex that sets bed sheets ablaze. Get a little romantic and suddenly, brain implants become the most romantic thing that doesn’t involve diamonds and Hugh Grant.

It’s true. Love also has a powerful basis in the brain. There even this chemical called Oxytocin, also known as the “cuddle hormone.” It’s basically your brain’s way of creating bonds and enhancing intimacy. It’s what helps mothers bond with children, husbands bond with wives, and children with dolls. It is basically the chocolate frosting of brain chemicals.

Normally, hormones like oxytocin are secreted erratically and chaotically in the brain. It’ll emerge whether you’re making love to your spouse on your anniversary or banging your tennis instructor. Nature is just too crude and too immature to wire the brain in a way that really makes those lasting bonds stick.

Add a neural implant to the mix and suddenly, you can channel oxytocin like a biological smart bomb. You want to be more intimate with your partner? Well, you don’t need to go on vacation or buy an expensive diamond. Just adjust the settings of your implant and just like that, you’ve got more love in your heart than every Barry White song ever made. Are you excited/horny yet about Neuralink‘s full potential? Does the idea of getting a neural implant now feel like the equivalent of a VIP pass to the Playboy Mansion? I think I’ve done enough to pain a very rosy, very sexy picture of the future. Now there will be risks, as there are with all new technologies, but I honestly can’t think of a risk that’s more worth it.

If we have a way to fix our inherently flawed brains, then we won’t just be healthier and happier. We’ll be able to love, make love, and share love on a level that no human has ever experienced before. Sure, it’s still a ways off, but with Elon Musk at the helm and Neuralink providing the platform, that future is within our grasp. I say it’s worth embracing.

15 responses to “Neuralink: How Brain Enhancement Will Make Us Sexier (And More Loving)”