A Second Sexual Revolution: The Potential (And Inevitable) Backlash

Think back to brief, but memorable time between elementary and middle school where kids are still kids for the most part. It’s the time before you develop concerns about things like acne and hiding awkward boners during gym class. It’s a time before the girls start wearing thongs or hiding bra straps. For some, those times have fond memories.

Often, during these times, you’ll encounter one of those annoying little shits who likes to think of him or herself as the class clown. You know how they operate. They’re loud, annoying, obnoxious, arrogant, and will set their own hair on fire if it gets attention. They might have been funny the first few times, but it doesn’t take long for them to be a walking source of frustration.

Teachers, parents, and counselors do anything and everything they can to get the kid to shut up, but nothing works. Every time they push him, he just pushes back harder. Every time they react to his antics, he reacts even more. Since he’s a kid, he can sort of get away with it. 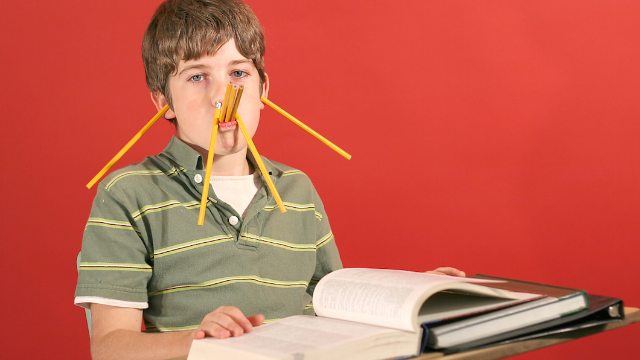 What I just described is a testament to how kids can be annoying little shits and what happens when our efforts to fix a situation ends up causing a backlash. It’s one of those things that happens almost as much in real life as it does in bad sitcoms. For every time Peter Griffin’s antics in “Family Guy” backfires horribly, there’s a real-life class clown in a public school ensuring everything around him backfires just as badly.

We don’t just see it in elementary school classrooms and Seth MacFarlane shows either. Throughout history, backlashes have shaped the course of events, from the ancient world to modern presidents who think randomly invading a Middle Eastern country won’t cause any geopolitical problems.

It’s not unreasonable to say that many events and cultural movements are very much a backlash at those that preceded it. It’s how dynasties rise and fall. It’s how religious and cultural movements morph into cults and denominations. It’s even how some successful TV shows inspire spin-offs. Not all of these backlashes result in improvements, but they are very much a part of how people, cultures, and nations evolve.

This brings me back to the prospect of a second sexual revolution. Admit it, you knew I was going to get to this. It was only a matter of time before I tied the concept of a backlash into something sexy. I would’ve gotten to it sooner, but I wanted to establish a context. It’s necessary because in every cultural upheaval, it’s easy to lose perspective.

When we look at the context of the sexual revolution in the 60s, we can see how backlash shaped its promising beginnings and how it got blackout drunk towards the end. I’ve mentioned how technology like antibiotics and contraception reshaped sexuality by effectively removing some of the consequences and barriers to sexual expression. There are other, less tangible factors in play as well.

In both cases, one backlash incurred another. One extreme led to another. Even today, we may be seeing another backlash from a general loosening of sexual freedom again, but it’s just taking the form of political correctness and reactionary outrage over issues as trivial as a swimsuit ad.

Every trend, especially the sexy kinds, seem unstoppable at first. That’s why it’s become popular to urge others to be “on the right side of history.” That’s an exceedingly vague excuse, as is often the case with excuses in general, but it lays the foundation for a future backlash.

I’d say any second sexual revolution should take that into account, but I know that would just be empty rhetoric. Backlash is something that no revolution, movement, or reformation can truly take into account. Being flawed humans with flawed brains, we tend to overestimate the staying power of any trend. Just ask anyone who was ever part of a boy band not named Justin Timberlake.

A second sexual revolution, like the one that occurred in the 60s, will likely shock, horrify, and excite. Those are the key ingredients of every revolution or movement. They’re so different. They get peoples’ attention because it doesn’t fit with their idea of normal and, much like our annual failure to keep our New Years Resolution, people cling desperately to their sense of normal and resist change at every turn.

There are all sorts of ways that a second sexual revolution can manifest. I don’t want to make too many predictions. I’d rather save those sexy contemplations for one of my future novels. I will, however, throw in one last complications that may make the next revolution unique from every other revolution in human history.

Advances in biotechnology and brain enhancement, such as that being planned by Neuralink, may completely change the dynamics of human thought and society. The same forces that incurred backlashes in the past might not be a factor anymore. People may very well be an entirely new way of dealing with a new sexual revolution.

Again, it’s impossible to predict. As soon as we start tweaking our brains and upgrading our biology, all bets are off. History and hindsight are no longer accurate guides with which to understand the course of society. The potential of another sexual revolution is vast, but the potential for backlash is every bit as big.

2 responses to “A Second Sexual Revolution: The Potential (And Inevitable) Backlash”