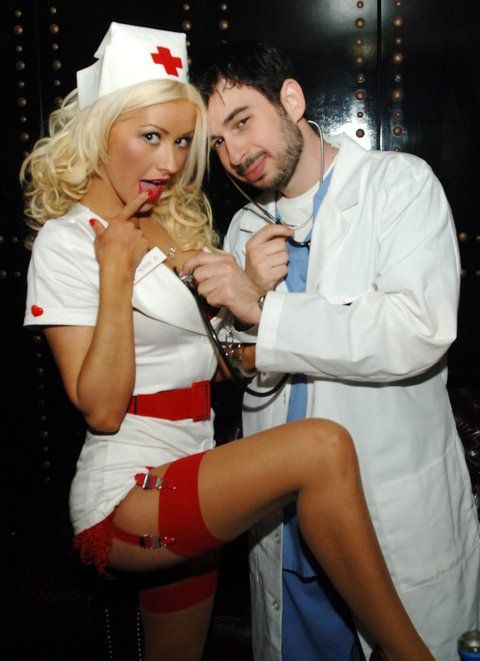 It helps that more than a few of those adults will be seeking to dress as something overtly sexy. Sexy costumed versions of things have always existed, but it feels like they’ve become more mainstream in recent years. As a fan of looking sexy and dressing sexy, I’m all for it. I know it pisses off some people who are eager to get outraged over certain costumes, but those people don’t deserve our attention or sympathy.

For me, sexy costumes are even more relevant and not just because Halloween is coming soon. I just got back from another amazing day at New York Comic Con. Like in years past, I dressed up to share the experience with plenty of fellow cos-players. While my costume wasn’t that sexy, there were plenty of others who dare to push the envelope.

Sexy costumes aren’t specific to one time of the year. There’s really nothing from stopping anyone from wearing a sexy costume. When you have a lover who responds to it, then you have even more incentive. It’s fun. It’s playful. It can even be downright romantic. Between this, the Halloween spirit, and the New York Comic Con, sexy costumes are more than worthy of a Daily Sexy Musing. Enjoy!

We style our hair.

We put on a mask.

We smother ourselves with makeup, jewelry, and accessories.

We become someone else entirely.

It’s both liberating and refreshing, inhabiting the form of another. Whether born of fiction, history, or lore, we exchange our regular persona for something wildly different. Instead of blending in, we stand out. Nobody else looks, acts, and conducts themselves as we do. Our attire and demeanor is an aberration, but that’s exactly what makes it exciting.

In this new form, I feel a unique energy. Like tapping into a new source of power, I channel an outside spirit. This new persona dares to do things that I wouldn’t in my usual attire. I’ll cast you a deviant glance, implying deviant activities that you and I only contemplated in jest. Now, it’s serious. We’re not the same mundane lovers we once were.

We are superheroes saving the day.

We are monsters wreaking havoc.

We are villains causing chaos.

We are mythical figures come to life.

Filled with this energy and spirit, our love manifests in entirely new ways. I dare to be bolder, speaking in a voice that is not my own. You dare to match me every step of the way, sharing an intensity that gets my heart racing. It sends our passions into overdrive. The line between one persona and the other blurs.

Our new identities take over.

Our new passions are unleashed.

These costumes become more than elaborate attire. They are a new conduit for new passions. In this form, our love manifests in a very different way. It’s overwhelming, exhilarating, and even a little deviant. We know each other so well, but in these costumes, we realize just how much more there is to learn.