The first few days of 2020 have gone by quickly. We’ve still got plenty more to go and for those still serious about their New Years Resolution, I applaud and encourage you. Anyone who has given up on theirs by now was probably not serious about them in the first place.

Since one of the most common resolutions is to get in shape, I thought I’d touch on that again. A few days ago, I wrote about how certain people at the gym I go to didn’t seem to be taking that effort very seriously. I tried to be fair and offer advice for those who genuinely want to improve their health, fitness, and overall well-being. In hindsight, I think I might have been a bit harsh.

If you want to do something that’ll make exercise feel less tedious, a good playlist is a great way to achieve that. What constitutes a “good playlist” varies from person to person. Not everyone has the same tastes. I know people who can work out listening to classical, jazz, country, and rap music. There’s nothing wrong with any genre. As long as it helps get you in the right mindset, then it can only help.

I have a lot of music on my phone, but I have a special playlist that I call my “Workout Mix” that I listen to whenever I’m at the gym. Whether I’m lifting weights or running on a treadmill, I just put the list on shuffle and have at it. Before long, I’m rocking out and working out. It’s win-win.

If you intend to get into shape in 2020, I highly recommend putting together a workout mix. If it helps, I’ll share mine. Please note that mine is tailored to my tastes. Yours are likely different. Pick the music that works best for you. This just happens to work best for me.

The Beastie Boys – Fight For Your Right (To Party) 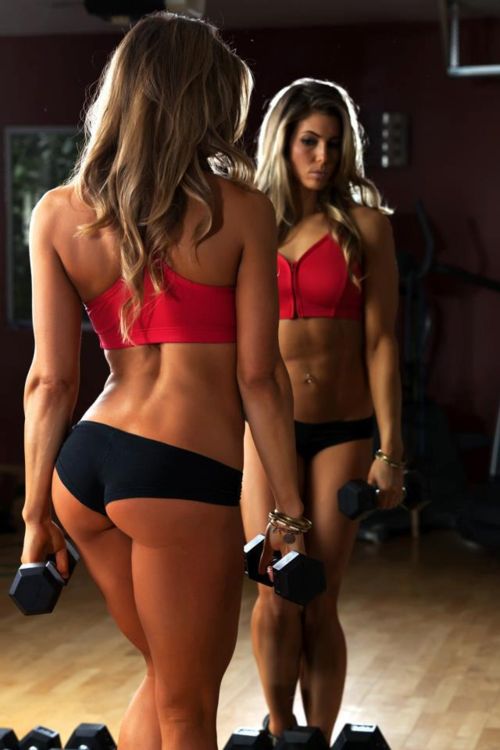 About nine years ago, I finally came to the realization that I was not as healthy, attractive, or fit as I wanted to be. I was weak, undersized, unassuming, and got winded just by walking around the block a few times. I had next to no sex appeal and hesitated to remove my shirt at the beach. Sadly, it wasn’t until five years ago that I got serious about getting healthy.

Why did it take so long for me to get my act together? It’s simple. That kind of health and sex appeal takes work. It takes a lot of work. To look like I do now, I go running for at least a half hour, six times a week. I go to the gym and lift weights at least twice a week. I also try to limit my sugar intake and drink plenty of water.

While the results have done wonders for my confidence and my sex appeal, it still took a lot of work. Most people, especially those who were die-hard couch potatoes like I was, are reluctant to do that kind of work. It’s strenuous, inconvenient, and downright uncomfortable at times. Go try running four miles in 102 degree weather to see why. Yes, I’ve done that. No, it’s not the most pleasant feeling in the world.

It’s a big reason why most diet and weight loss efforts fail. It’s also why most people tend to break their New Years Resolution to get healthy. Given the extent of the obesity epidemic, it shouldn’t take that much to motivate people into being healthier. However, the work it takes to get that kind of sex appeal is pretty significant, especially when you lack the genetics of a supermodel.

This is now the part where I get peoples’ hopes up about a sexier future, but have to temper them because we’re not quite there yet. However, in reflecting on how hard I worked to reach my current level of health and sex appeal, I think this is something that should give hope those who have given up at becoming sexy something.

For years, diet companies and bad infomercials have been looking for that magic diet pill. You’ve probably heard and/or fantasized about it to some extent. It’s that special pill that you take one a day, change nothing about your lifestyle, and still lose weight. It’s magic because, by and large, that’s literally what such a pill requires in order to work.

Many people claim to have discovered it. Dr. Oz has discovered it no fewer than 16 times. The fact that obesity is still a problem and people still need to exercise in order to lose weight and gain sex appeal shows just how bogus these products are. If you’re depressed now, please bear with me because there is some good news here.

That magic pill that Dr. Oz keeps failing to find might actually be possible, minus the magic. According to research conducted at Leiden University, in the Netherlands, it is possible for a pill that will not only help them lose weight, but mimic the effects of exercise. It basically means that you can get the equivalent of a two-hour workout and never leave your couch. It’s a lazy person’s ultimate dream.

How is that possible, though? How can it not rely on magic? Well, if you’ve been reading this blog for any amount of time, you already know how much I belabor the inherent flaws in the human body. The human body, despite its beauty and sexiness, is kind of crude. It can easily be tricked, hacked, and hijacked like an old computer running Windows 95. According to the research, the miracle drug involved, unoriginally called GW501516, basically tricks the body into doing the same thing it does when you actually exercise. As it turns out, there are all sorts of basic, but varied process that happen when you work out. Your heart rate goes up, your metabolism spikes, and your body basically stresses itself into burning energy, becoming fitter and sexier in the process.

Those same processes are, like I said, fairly crude. Exercise is just the reaction your body has. If a pill can induce that same reaction, then your body won’t know the difference. It doesn’t have to do the same workout as Dwayne “The Rock” Johnson. It just has to react as though it did.

If it sounds like cheating, that’s because it is, from a biological perspective. Unlike professional athletes and certain World of Warcraft players, the only consequence is washboard abs, toned arms, and legs that can kick a soccer ball across the field. Biology is pretty lousy at punishing cheaters, especially when it helps them look sexier and survive.

Now, if you’re wondering why this miracle drug isn’t already making billions turning everyone into fitness models, there’s a damn good reason. The drug, in its current state, has some nasty side-effects, one of which is cancer. No matter how much you want those washboard abs, cancer isn’t worth paying that kind of price.

However, the fact that pill worked is a proof of concept. Finding ways to mitigate those side-effects, or remove them entirely, is simply a matter of refinement, research, and testing. Given that the weight loss market it worth $66 billion, rest assured there are plenty of incentives to get this drug right.

It’s promising, but still a ways off, as many of the other advancements I’ve mentioned tend to be. However, unlike major breakthroughs such as smart blood, this one is probably closer than most. Given the incentives and the scale of the obesity epidemic, it’s only a matter of time before someone turns this into a true magic bullet for obesity.

It also means that, when that time comes, it’ll be possible for more people to get in shape, get sexier, and stay that way without maintaining a ridiculous workout routine. I’m not going to lie. If I could just take a pill instead of running 15 miles a week, I’d do it in a heartbeat. Who among us wouldn’t?

It might very well make the very concept of exercise obsolete. Who would want to go to the gym or run every day if they didn’t have to? While that may upset gym owners, I think a fitter, healthier, sexier population is a price worth paying.