Multiverses, Mutants, And The (Uncanny) Implications Of “Spider-Man: Far From Home”

Anyone who has read more than a few comics, seen a few movies, or consumed more than a little sci-fi knows what often happens when multiple universes enter the picture. First, the overall story becomes bigger in scope, scale, and complexity. Second, a host of major complications emerge. Third, when done poorly, it becomes next to impossible to follow.

In terms of a larger narrative, it’s a huge gamble. It’s one of those plot points that is easy to mess up, not unlike time travel, wizards, or clones. Very few franchises, be they movies, comics, or TV shows, can make that gamble pay off. If ever there was a franchise that could make it work, it’s the Marvel Cinematic Universe. 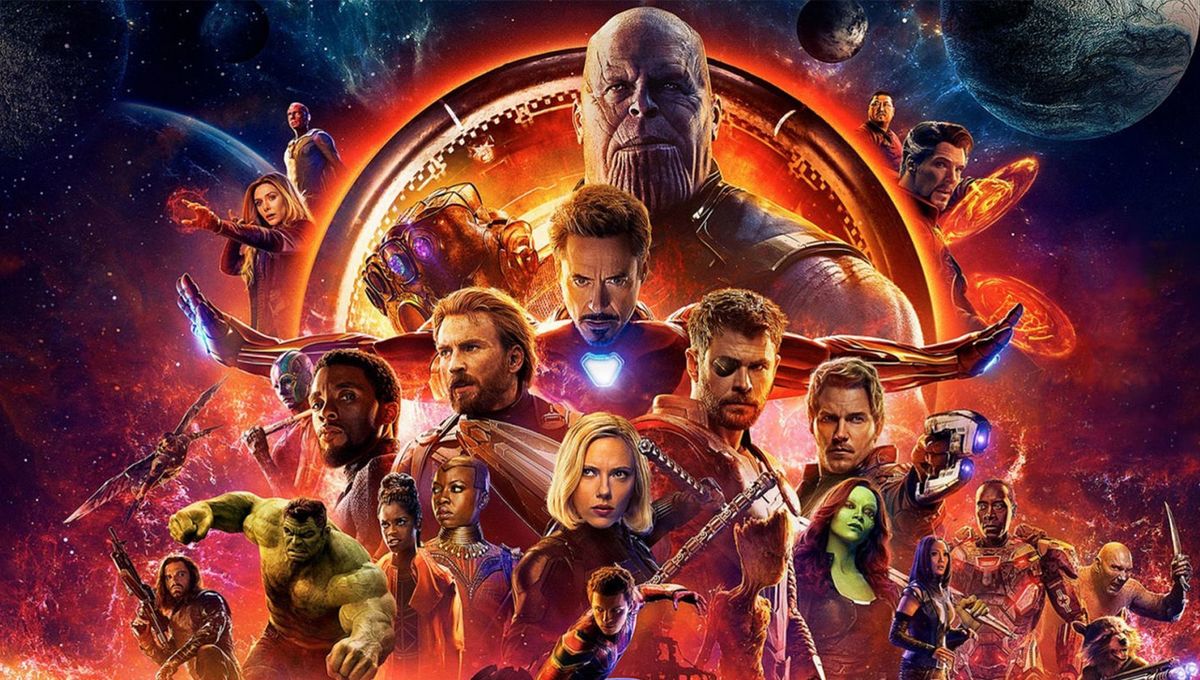 Between the record-breaking box office of “Avengers Endgame” and the adulation of countless fans, including myself, Marvel Studios is uniquely equipped to make the concept of a multiverse work within its over-arching story. To some extent, it has to. The finality of “Avengers Endgame” means it will have to find some way to grow without the iconic characters that helped make it.

The stage has already been set for a larger multiverse to emerge within the MCU. Just as fans like me are finally recovering from the emotional upheaval we experienced in “Avengers Endgame,” the second trailer for “Spider-Man: Far From Home” dropped and, beyond dropping some heavy spoilers, it revealed that the multiverse is officially a thing in this world.

There are a lot of implications for this, many of which go beyond Spider-Man’s story in the MCU. As the trailer reveals, the universe-altering events of “Avengers Endgame” opened a literal and proverbial door to new conflicts within the MCU. These conflicts offer many opportunities for some of Marvel’s many cosmic characters, but I believe the biggest opportunity is for the X-Men.

I say that not just as a huge X-Men fan who has already written extensively about their potential in the MCU. I believe that Marvel Studios could reinvent the X-Men and the entire concept of mutants in a way that’s fresh, engaging, and very relevant to events unfolding in the real world.

Marvel and their Disney overlords have already reported that the X-Men will be rebooted into the MCU in the coming years under the skilled hand of Kevin Feige. However, the method and details of that plan have yet to emerge and chances are, it’ll be several years before we see that full-on reboot that X-Men fans have been pining for since Hugh Jackman hung up his claws.

Even for Marvel Studios, it’s going to be a challenge. How do you introduce mutants, an entire race of super-powered beings, into a world in which they’ve never been mentioned? In fact, thanks to conflicts over movie rights, nobody in the MCU could even utter the word “mutant” without incurring the wrath of Fox’s lawyers.

That’s a problem because in over 10 years of movies, TV shows, and tie-ins, the Marvel Cinematic Universe has become populated with many super-powered beings that include gods, super soldiers, and teenagers armed with spider powers. On top of that, they already have a race of genetically modified people called the Inhumans, who basically acted as a stand-in for mutants at one point.

This complicates the whole premise of the X-Men. A big part of their story and their appeal is the parallels between mutants and real-world minorities. The X-Men emerged during the time of the Civil Rights Movement in the United States and have since come to represent oppressed minorities from many eras, from racial minorities to the LGBTQ community.

That’s a tougher parallel to establish in the MCU because how can mutants be hated and feared in a world where Asgardians, super soldiers, and talking raccoons exist? Granted, mutants have a unique aura of unpredictability in that anyone could potentially be a mutant. Unlike the Inhumans, there’s no catalyst or radioactive spider necessary to activate their powers. They need only survive to puberty.

It’s still a stretch because the hate and fear of the 1960s is very different from that of the early 2000s century. It’s one thing to just be afraid and hateful of mutants. It’s quite another to craft killer robots to hunt them while ignoring entire populations of similar super-beings.

This is where the multiverse could enter the equation. With the proper sci-fi machinations, it could both bring the X-Men into the MCU while framing mutants in a context that makes them very relevant to contemporary issues. The key is linking the struggle with mutants with that of refugees. Whereas discussions over minority issues have become somewhat predictable in recent years, debates about refugees have been much more heated. It has triggered protests, empowered populist uprisings, and caused a rise in xenophobia that far exceeds the old-school racism of the mid-20th century. These are the kinds of heated politics in which the X-Men thrive.

The “Spider-Man: Far From Home” trailer establishes that something happened in the battle against Thanos that opened the door to the multiverse. It’s easy to envision a scenario in which a population from a more hostile universe seeks refuge in one that is already used to super-powered beings.

It’s not difficult to imagine things getting that bad for the X-Men or mutants. Both “X-Men: Days of Future Past” and “The Gifted” explored a world where mutants where hunted, imprisoned, and outright murdered. The comics also have a lengthy history of dystopian futures in which the X-Men could not stop humanity from hating and fearing their kind.

Then, just as things look hopeless, a doorway to another universe unexpectedly opens. Mutants suddenly have a chance to escape their rapidly-decaying world and start anew. It’s an opportunity many desperate and traumatized refugees seek in the real world. Their stories are full of horror and atrocity. It’s a story that resonates beyond the superhero genre.

In addition to providing a mechanism for entering the MCU, it also solves another critical issue with respect to narrative. It gives the X-Men a new type of story that hasn’t been told before in the movies. For the past 19 years, almost every X-Men movie has followed a similar formula.

Mutants are hated and feared.

The X-Men try to combat that fear.

Someone, often Magneto, tries to provoke a war between humans and mutants.

The X-Men stop that war from occurring.

It’s a story that has played out many times. Sometimes, it has been great. Other times, it has been god-awful. Just telling that same story again in the MCU won’t be enough. By making mutants refugees, the entire dynamics change in a way that could cause all sorts of upheavals that could impact many other MCU franchises. 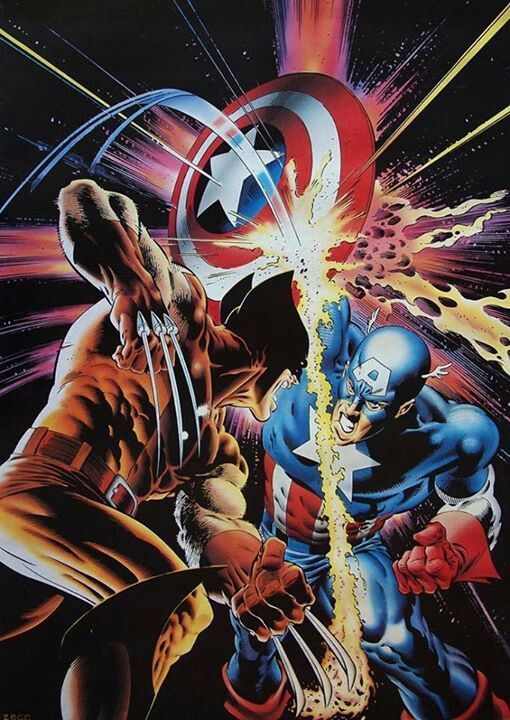 Like real-life refugees, they come to a new world out of desperation, escaping horrors that they had no part in creating. The world they enter is inherently suspicious of them. They see them as strange, dangerous outsiders who could bring their problems to their homes. These are real concerns from people other than the reactionary radicals who often preach hate.

It’s one of those issues that has no good resolution. These people are victims of a war that they want to escape. They flee to wherever they feel they’ll be safe. Often, their options are limited and when an opportunity comes along, they have to pursue or die. If the events of “Avengers Endgame” somehow create such an opportunity, then why wouldn’t someone take a chance?

It would put mutants and the X-Men at odds with everyone in the MCU, from the Avengers to SHIELD to the average person still recovering from invading aliens in New York. It would also establish a clear divide that could one day manifest in a full-blown “Avengers Vs. X-Men” movie, which has already been teased.

All that being said, the powers that be at Marvel Studios may opt for an entirely different approach. In that case, everything I just described may be a moot point. This is just one approach that I found myself contemplating after seeing the “Spider-Man: Far From Home.” It’ll probably be a while before we know the full implications, both for the multiverse and for mutants in the MCU.