Dangerous Double Standards And The Distressing Stories They Tell

When it comes to conveying complex ideas in an understandable way, I don’t consider myself exceptionally skilled. When it comes to telling a story, though, that’s a skill I know I have and not just because I aced every essay question in college.

Sometimes, a story is the best way to convey an idea and the emotional weight it carries. Anyone can list the details of complex issues like gun control, abortion rights, or net neutrality. Some, like John Oliver, can even make it funny or entertaining. However, explaining what an issue is doesn’t necessarily convey why it matters.

Whenever I talk about gender double standards, be it uncomfortable thought experiments or imbalances in our sexual attitudes, I try to do so in a way that highlights the larger implications. Those implications, I believe, are part of the reason why there’s so much hostility on issues like the anti-harassment movement, representation in popular culture, and fair treatment under the law.

I don’t want to belabor the points I’ve made on that topic in the past. Instead, I want to tell a quick story that I thought about turning into a short novel. Then, something happened in the process that struck me on a personal level. Read the following story and see if you can tell where the process broke down.

An average man, single and living alone, is walking down the street on a Saturday evening. It’s cold and rainy. Not many people are out in these conditions.

Then, as he passes by the dumpster near his home, he sees a girl who can’t be older than 10-years-old huddling under some dirty boxes. She’s wearing dirty clothes, she’s shivering, and is clearly in a bad situation.

The man feels sorrow and concern for the girl. He asks her where her parents are. He learns that the girl has run away. Her mother was abusive, even showing him some scars she had from when her mother cut her with a fork. Horrified, the man offers to help the girl. She eagerly accepts.

The man takes the girl home, gives her some badly-needed food, lets her take a hot bath, and lets her sleep in his bed while he sleeps on the couch. The next morning, he calls social services and finds out the girl’s mother is nowhere to be found. Overwhelmed and under-staffed, they are unable to find any relatives to take care of her.

Having grown fond of her company, he offers to look after her. The girl eagerly accepts. The man spends the next several weeks caring for her, getting her new clothes and introducing her to his family. At first, his parents and siblings are uncertain about him taking care of a kid. When they meet her and see how much she loves him, their worries quickly fade.

As time goes on, the girl comes to love the man as a father. She starts calling him daddy. At first, he keeps reminding her that he’s not her real father. Soon, he stops and just smiles. The girl enriches his life in ways he never imagined. He wants to be a father to this girl who isn’t his. He wants to love her in the way she deserves.

Then, one day, a woman arrives at his door. She’s angry, disheveled, and badly dressed. She claims to be the girl’s mother. When the girl sees her, she’s terrified and hides behind the man in fear. The man demands that she leave, but she refuses to leave without her daughter. He threatens to call the police, but she threatens to do the same.

She then takes a step closer, revealing bad teeth, foul breath, and loveless eyes, and presents him with an ultimatum. If he doesn’t hand over the girl, she’ll call social services, the police, and the local news crew and tell him that he’s a sick pervert who took a girl off the streets just so he could groom her to be his personal slave.

It doesn’t stop there. She points out that he’s single, unmarried, and living by himself. Conversely, she’s just a poor woman who got taken advantage of by the girl’s biological father, fled out of fear for their safety, and got tragically separated in the process. All she wants to do is get her daughter back and away from a sadistic pervert. She even says she’ll claim he gave her all the girl’s scars.

In that story, he won’t be the man who took a poor little girl under his care and loved her like a father. He’ll become a disgusting pervert, his reputation destroyed and his life ruined. The fact the girls loves him will just be proof of how much he’s groomed her to be his slave.

The man is horrified. The girl says her mother is a liar and a monster. The woman just laughs before asking one more time for the man to hand over the girl. The man, seeing the terrified look in the girl’s eyes, doesn’t want to see her suffer. He then gets up in her face and tells her this.

“You stay the hell away from her! She belongs with me! Lie all you want. I know the truth and so does she.”

The woman just shakes her head and laughs again.

“It doesn’t matter what the truth is. Everyone will believe me at my worst before they believe you at your best.”

This is as far as I could take the story. At this point, the creative process broke down for me. For someone like me who loves telling stories, sexy or otherwise, that’s akin to tripping over my own feet in the middle of a race. It usually takes a lot for me to throw my hands up and give up on a story. This was one of them.

That’s because when I imagined that final confrontation, I could not come up with a way to see it through. I can easily see the man fighting the woman’s accusations and winning out in the end. I can also see the woman winning out and the man having his life ruined, all because he showed compassion for a little girl.

The fact that I can see both outcomes as equally possible really bothers me and not just because I found myself unable to finish the story. In telling that story, I touched on a disturbing implication of double standards and the assumptions we have about men, women, and how they treat one another.

The story was partially inspired by an incident in the UK where a man, who happens to be a widower, took his teenage daughter on a vacation. When they checked into a motel, though, the staff got suspicious that an older man was traveling with a teenage girl. They called the police on him, suspecting that he might be a pedophile. 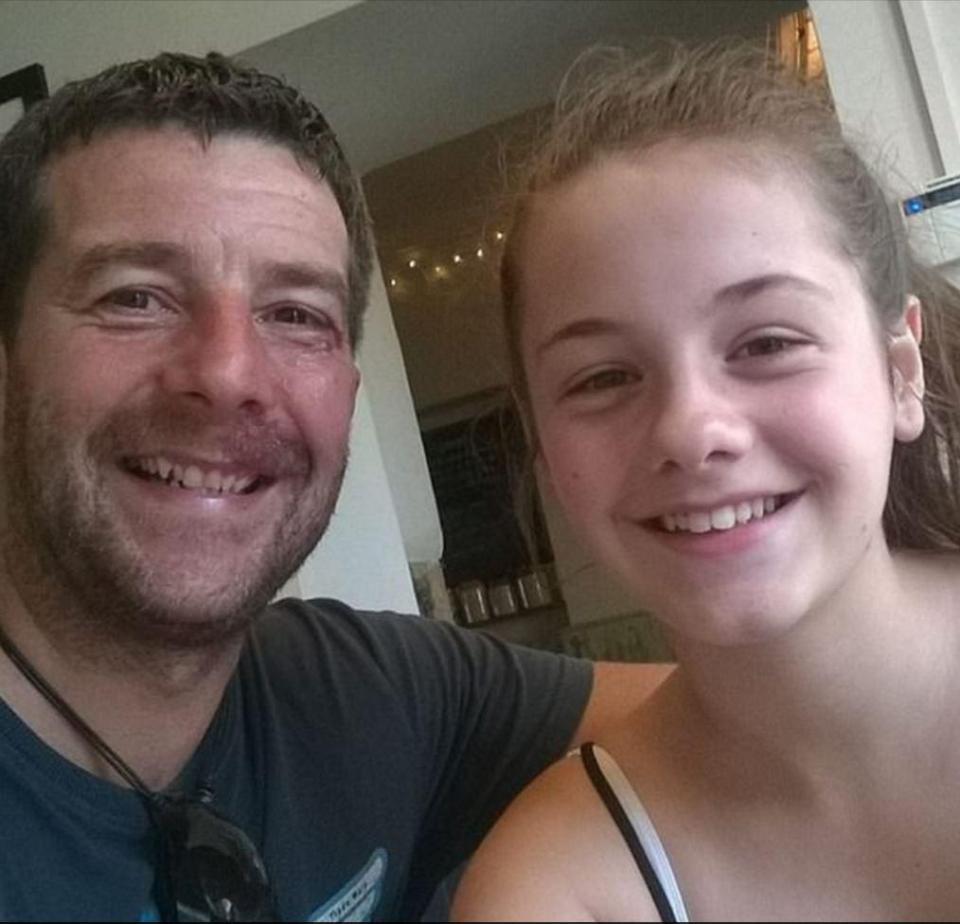 By most measures, it’s a simple, albeit egregious misunderstanding. It deeply disturbed the girl and put the father in a terrible position. He was able to show the staff pictures and IDs to prove that he was the girl’s father and not some pervert. The damage was done, though.

If he had been a woman helping a 14-year-old girl in her time of need, I doubt anyone would’ve batted an eye. However, because this involves a man and expectations about parenting is different for men, the situation takes on a much darker undertone. 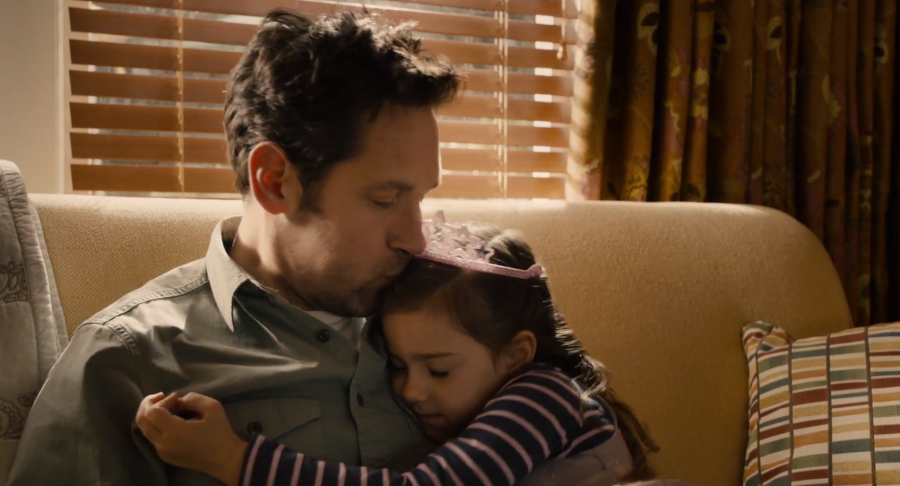 That undertone highlights why these gender double standards can be so damaging. It’s one thing for those standards to inspire overplayed tropes about men in sitcoms. When they create a real incentive for people to not do the compassionate thing, that’s not just a problem. That creates real, tangible harm in the world.

Men are capable of kindness and compassion. Most decent people believe this. However, when there’s a situation in which assuming the best for one gender requires that you assume the worst for another, that reflects the kind of double standard that needs to be confronted.

We’re already seeing men show more reluctance in being alone with women. Any level of reluctance requires a certain level of fear. When it gets to a point that just being alone with another human being scares us, then that’s a sign that something is very wrong with our attitudes.