When Is It Okay To Exchange Sex For Favors?

Concerns about exploitation, harassment, and corruption have never been greater. Some of that is a result of recent scandals. Some of it is a result of ongoing social movements that are a lot more sensitive to gender roles and expectations. Some of it is just a byproduct of living in an era of social media where it’s very hard to keep secrets.

I would argue that the relevance of this question has become even greater in recent years as attitudes towards sex have become more regressive in some areas. Depictions of beautiful women in the media and even beautiful women in video games have become controversial. It has created an atmosphere where everyone is more sensitive to how sexuality is depicted and pursued.

It doesn’t matter that those controversies rely heavily on egregious double standards that make extreme generalizations that can be both hypocritical and damaging. This is the world we live in. If you attempt to use your sexuality and sex appeal to gain favors, then that’s an issue. People have already lost jobs and had their lives destroyed because of it.

It’s understandable on some levels. Most reasonable people will agree that there’s a point where someone seeking a sexual favor from someone else is outright exploitation. There’s a reason why there are laws in place that say an employer can’t demand sex from an employee or risk losing their job.

Most who aren’t in positions of power probably agree that those laws should remain. However, they’re only part of a much more complicated dynamic. Within the context of the innate justice that most people have, there is a line between seeking a sexual favor and outright exploiting someone. It’s just not always clear where that line is.

A beautiful, ambitious actress walks into a room. She badly wants a particular role. She’s willing to do anything to get it, even if it means sleeping with a producer. Being a legal adult, she offers this to the male producer. He accepts. They have sex and she gets the part. The actress furthers her career. The producer gets to have sex with a beautiful woman. Both are satisfied with the outcome.

Now, this particular manifestation of the scenario is probably the least distressing. The woman enters with a willingness to have sex in the name of furthering her career. The man is just as willing to accept her offer. You could even flip the genders and it would still work. Two consenting adults are each seeking something from one another. Sex is just the currency they use and in the end, they both get what they want. 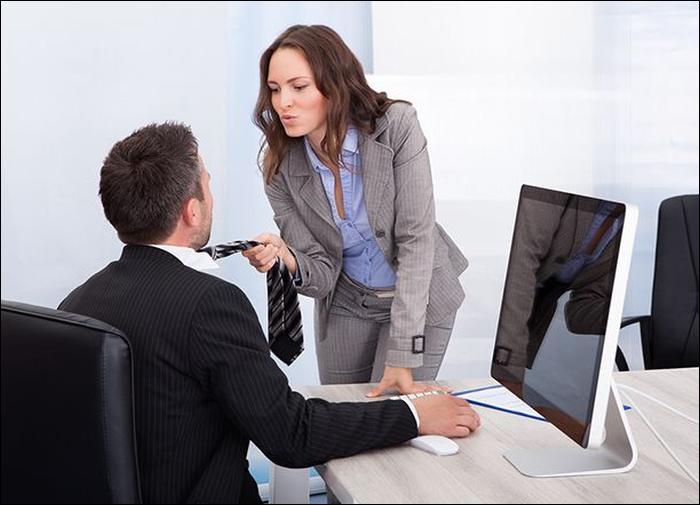 Others may scorn the man for going along with it, using his influence to help the woman’s career in exchange for sex. Again, never mind the fact that being in positions of influence or just having a lot of resources in general will attract those seeking favors. Somehow, using sex as currency is still seen as unfair. Even so, it’s a stretch to say that anyone was exploited in this scenario.

The line may be obscure in that instance, but still clear enough. It’s fairly likely that sort of thing plays out in the real world, both in Hollywood and the business world. Joss Whedon even alluded to it during his own sordid scandal last year. However, it still represents a best case scenario, of sorts.

It doesn’t take too much tweaking to make that same scenario more distressing. Here’s another one that probably occurs fairly often in the world of Hollywood and business. For some, it may be a bit more difficult to discern the line.

A beautiful, ambitious actress walks into a room. She badly wants a particular role that would really help her career, but she wants to earn it on the merits of her skills. She auditions. The producer says she’s good, but so are several other actresses, a few whom have more experience than her. Her chances aren’t great.

Then, after the audition, the producer sits down with her and offers a deal. If she has sex with him, he’ll get her the part. The woman is reluctant, but the man doesn’t push it. He gives her a few hours to decide with the understanding that the offer expires in two hours. The woman agonizes over the decision, but eventually decides to go along with it.

She meets up with the producer. She willingly has sex with him. She doesn’t feel that good about it, but the man does what he promised. He gets her the part. The role really helps her career, just as she hoped. She still didn’t like that she had to sleep with the producer, but she doesn’t regret it. Both she and the man got what they wanted.

I imagine this scenario will generate more uncertainty, arguments, and even a little outrage. To some, the producer in that scenario sexually assaulted that woman, using his power to get her to sleep with him. To others, it may just be a simple case of having to jump through some unpleasant hoops to further your career.

The line in this case is a bit harder to identify. It is very much a quid pro quo exchange, the kind that would definitely result in a sexual harassment case if it occurred between an employer and an employee. However, the woman in this case is not an employee and an audition is not the same as a job. The man just has resources the woman wants for her own benefit. He gives them to her in exchange for something.

The fact the exchange involves sex is where the uncertainty comes in. You could also make the argument that there would be similar concerns if money is involved because that would constitute bribery, but that involves considerably different circumstances. It’s one thing to just pay for an opportunity, which isn’t as taboo, even if it’s unethical in many cases. It’s quite another for someone to offer their body.

On top of that, it’s fairly reasonable to assume there aren’t as many people who have those kinds of resources to bribe someone as there are people willing to have sex. It’s less a matter of legal constraints and more a matter of tangible assets. Most people only have so much money or skill to offer. Sex is one of the few inherently valuable acts that’s essentially built into us as a species.

Even if with those caveats in mind, it’s not entirely clear if there was outright exploitation in that scenario. Yes, the woman was reluctant and didn’t really like that she had to do it. However, she had a chance to refuse and even considered it. In addition, after she made the choice, she got what the producer promised. He delivered on his part. She delivered on hers.

There are plenty of other distressing scenarios I could list, but I won’t go over the entire spectrum of sexual favors. I present them and the potential complications they incur to add substance to the initial question. Most people agree that exploiting someone for sex is wrong. People are a bit less certain when it involves consenting adults using sex to exchange favors.

It’s a question that covers so many issues, from concerns about prostitution to how we craft marriage laws. No matter how we answer that question, there will be people in this world who have resources and opportunities. There will also be people willing to perform sexual favors in exchange for one or both. It’s going to happen. It’s just a matter of understanding where the line is now and where it should be in a just and fair world.