It’s over. The year that was 2017 is complete. To say it was eventful, especially given the events that affected it in 2016, would be an understatement on par with calling Jennifer Lawrence decent looking. It’s certainly been an eventful year for me, but I’m ready to close the book on 2017 and look ahead to 2018.

Every year, I try to establish a set of goals at the beginning so that I have some semblance of focus for the coming year. They’re rarely specific or overly-ambitious, but they give me a sense of perspective that help me guide myself forward in a positive way. I genuinely want to improve myself year after year, both an erotica/romance writer and a man.

Looking back at the goals I set for myself in 2017, I think it’s safe to say I made progress. It’s not quite as much as I hoped, but I feel as though I’ve taken a step forward. I’d like to keep moving forward in 2018 and I encourage everyone else to do so.

With that in mind, I’d like to share a list of goals that I’ve set for myself for 2018. While these aren’t the only goals I intend to pursue, as every year tends to bring unexpected challenges, I want these to serve as the foundation for how I’ll make 2018 both enjoyable and sexy.

Goal #1: Promote The Hell Out Of “Rescued Hearts”

This is the most pressing goal I’ll face in the early parts of 2018. As I announced earlier this year, my next published novel by Totally Entwined Group is “Rescued Hearts” and it’s set for release in February. It’ll be my second major release since “Passion Relapse” and I hope to make it the foundation of greater success.

Now, I never expected “Passion Relapse” to be a best seller from the get-go, nor did I expect any of my other self-published novels to gain that kind of audience. I understand that I’m still fairly new to this industry. I’ve released less than a dozen novels and I’ve yet to build a strong audience. “Rescued Hearts” is just another step in that effort and I’m hoping it’ll be a big one.

As I’ve mentioned before, I know little about marketing. I can talk about sexy topics all day long, but selling them is a challenge. I’m hoping to learn more about that process in 2018, although I’m not sure which form that’ll take. I hope Totally Entwined Group will continue to help me, both as an author and as someone trying to stake his claim in this sexy industry. By the time 2018 ends, I want to feel like I’ve made real progress.

While I intend to focus heavily on promoting “Rescued Hearts” upon release, I’ve no intention of stopping slowing down the development of other sexy ideas. During the latter parts of 2017, I worked hard to complete a couple of manuscripts that I intend to submit to my publisher very soon. Given how helpful Totally Entwined Group has been, they’ll likely have priority.

However, these stories are quite different from both “Passion Relapse” and “Rescued Hearts.” I’m trying to mix up the sexiness as I grow as a writer. That means you won’t see some of the same themes I’ve been exploring in previous novels. You’ll see a different kind of sex appeal, one I hope expands the appeal of my work.

While I’m hopeful for these manuscripts, I won’t hide from the fact that they’re still in need of editing and revising. The first draft of a manuscript is almost always subject to some pretty major revisions. Even my first novel, “Passion Relapse,” involved a complete re-write of the ending. I don’t know whether these manuscripts will require that much revision, but I’m willing to put in the work to ensure they’re sufficiently sexy.

These manuscripts are both a work-in-progress. I’m also exploring a few other ideas for my next manuscript. Most of these ideas are tentative so don’t expect to hear much for now, but I’m hoping I’ll have plenty of sexy ideas to announce in 2018.

Goal #3: Continue Growing The Traffic And Audience Of This Blog

More than anything else, I’ll remember 2017 as the year the traffic for this website really took off. I’ve already mentioned it a couple of times. It started back in November and only continued to grow as the year went on. Much of this is thanks to me joining Reddit and sharing my work with that community. The response has been overwhelmingly positive for the most part.

I want to continue that trend into 2018. I want to keep growing the traffic volume for this blog. That effort is tied directly into the process I mentioned in previous goals to grow an audience. I want this site to be part of peoples’ regular internet diet. Whether it’s my Sexy Sunday Thoughts or my serious discussions on major issues, I want it to have a presence.

The only way I, or anyone on the internet, can achieve that is to continue providing awesome content. I’m not sure at the moment what form that content will take. I’m not even sure which topics I’ll explore. Some of that depends on what happens in the real world. Given all the major events that took place in 2017, I imagine I’ll have plenty to talk about.

I can’t guarantee all those discussions will be sexy, but I will try to make them relevant and meaningful. The internet is already full of digital trash. I’d like to not add to it.

Goal #4: Work On My Personal Life And Get Serious About Finding Love 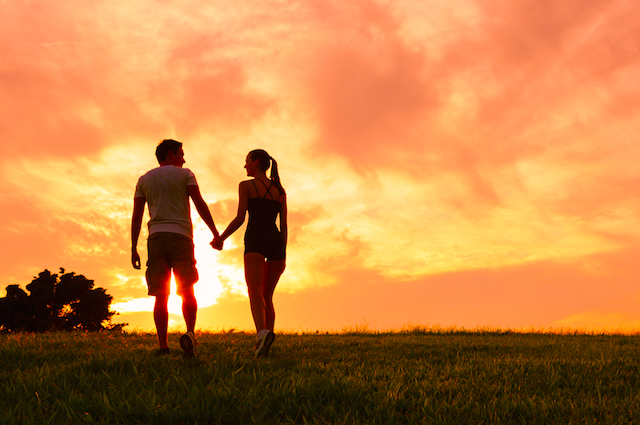 This goal has little to do with my site and more to do with me, as a person. I’ve mentioned before how I’ve struggled to find a meaningful love in my life. It has been quite a while since I’ve had a steady girlfriend and that has already caused some awkward moments that give me cause for concern.

As always, I look at 2018 with a new hope that this year will be different. My situation is already evolving. As I write this, I’m settling into a new life in a new condominium. It’s my first condo that I own and inhabit myself. I’m hoping that’ll add to my overall appeal with the opposite sex and I intend to keep working on myself to find that special someone.

I get that this will likely be a bigger challenge than most. As is often the case in matters of love, you can’t just expect to bump into the love of your life and let made-for-TV Disney movie take it from there. You have to actually work at being in situations where the one you love will find you. Whether that’s my new neighborhood or the New York City Comic Con, I hope to find that someone this year. This is another personal effort that has little relation to this website or my writing, but part of understanding sex appeal involved enhancing your own. I’ve recounted how I initially got into shape years ago when I effectively shamed myself into going to the gym. I intend to continue that effort in 2018.

However, I’d like to step it up a bit. My new condominium actually has an on-site gym, something I haven’t had before. I’m hoping that this will provide new opportunities and fewer excuses to further improve my health and my sex appeal. Whether it’s with more body building or better athletic training, I want to make that effort.

It’s not going to be easy, but that’s exactly why it’s worth doing. In a sense, this goal feeds into all the others. If I’m going to continue writing about sexy topics and producing sexy novels, I might as well try to be sexy myself. Going to the gym more, sweating it out, and becoming the kind of man I hope women will want to love can only help make 2018 a better, sexier year.