Well, we made it. We made it through 2016. Sure, we lost way too many beloved celebrities along the way and there may have been some massive political upheaval in the western world from which we may not recover, but we still made it through. That counts for something, right?

I tend to be an optimist at heart. Granted, I wasn’t always that way. As a teenager, I would’ve run for school president on a pro-apocalypse, anti-homework candidate. I would’ve lost and probably been suspended, but that shows just how crappy my teen years were. As an adult, I’ve learned to keep looking forward and striving to make the next year better than the last.

So with 2016 drawing to a close, I’d like to take a moment to reflect on what I’ve done, what I hope to do, and what I’d like to accomplish moving forward. I won’t say I’ve had the best year. I won’t even say I’ve made a lot of progress, but I do feel like I’ve made some. In the long run, a little progress adds up. Like extended foreplay, it makes the final climax that much more satisfying. Sorry, I couldn’t resist.

I’ll try to hold off on the dirty subtext for now, but I won’t make any promises. One of the biggest developments of 2016, by far, was the news I got on my book, “Passion Relapse.” The fact a publisher of any size took a chance on me, an aspiring erotica/romance writer who has received a steady stream of rejection letters for years now, is a pretty big accomplishment.

Now I’m not so delusional to think that this deal will make me the next J. K. Rowling. I’m not expecting to strike it rich or field calls from HBO anytime soon. However, I do hope that this is a stepping stone of sorts, one on which I can create a foundation for a successful future in publishing. I really do want to make a living telling these sexy, romantic stories. This is what I’m passionate about. This is what I want to do.

If 2016 is the first step in a long, arduous process. I’m happy to make it and I hope there’s more to make in 2017. I don’t know what the next step entails, but I will keep working for it. I will keep improving and refining my craft. 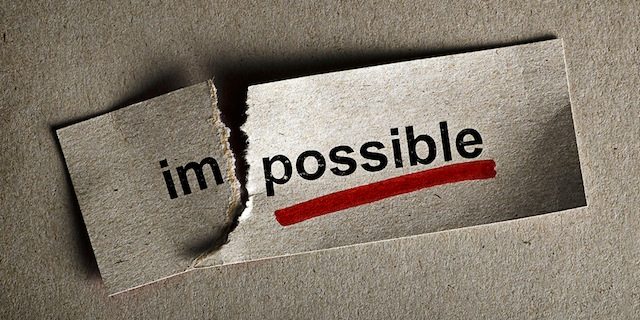 The same goes for this blog. I honestly didn’t know what I was going to do with this blog for a while. When I first launched “Skin Deep,” I basically abandoned it for a while and by a while, I mean years. I revisited, revamped, and reorganized it with no real goal in mind. It has since become something so much more.

It’s not just a blog in which I can share my thoughts on the joys of sleeping naked or the health benefits of orgasms. It gives me a regular outlet for exploring and refining my writing skills. Spending a little time every day on this blog, talking about the topics that interest me, be they sexy or mundane, is downright therapeutic at times. If I find more success, I want this blog to be an outlet of sorts for my writing and my aspirations.

Again, I don’t necessarily know what that entails. I still intend to write regularly on this blog. I also intend to make it fun and entertaining when I can, like my “Sexy Sunday Thoughts” columns. I also hope to craft other little projects on the side to make this blog worth visiting. I admit it’s small now, but I want to do what I can to help it grow.

In addition, I also want to keep writing more novels. That should be an obvious enough endeavor for 2017. I’ve managed to craft a couple manuscripts in 2016. So far, only “Passion Relapse” has attracted attention. I hope that changes in 2017, but if not, I’ll keep producing more content. I have a fairly good idea of what kind of story I want to tell next. I also have a good idea of the story I want to tell after that. Like I said, I’m proactive. Beyond writing, I still have my share of personal goals for 2017. Chief among them is to find a romantic partner with which to share this never-ending process. Whether that involves online dating or meeting someone at a dive bar on the Jersey Shore, I’m open to that experience. I want to make that kind of personal progress as well.

There are other goals I hope to make. I feel like I’ve become more balanced as I’ve gotten older, both in terms of my life goals and my approach to achieving them. I’d like to keep working on that balance. I believe it’ll keep me focused, honest, and sincere in my endeavors.

With 2016 drawing to a close, I feel like I can enter 2017 with a healthy bit of confidence. I feel like that’s the best anyone can do, to make the next year better than the last. Sometimes we can only do so much. There are a lot of forces beyond our control, but in our personal lives, I believe we control much more than we think.

So for the rest of 2016, my only remaining goal is to stock up on whiskey, watch college football, read some comics, brainstorm some sexy stories, and watch the ball drop before I get too drunk. If I can do these things while naked, then that’s just a bonus.

Until then, I wish everyone a safe, happy, and sexy New Years Eve!