Avengers vs. X-Men: A Clash Of Heroes (That Nobody Won)

The following is a video from my YouTube channel, Jack’s World. This video is a mini-documentary of Avengers vs. X-Men, one of Marvel’s most ambitious crossovers ever. It was set up to be the most epic hero-versus-hero clash of all time. But ultimately, it turned into a battle that nobody truly won the grand scheme of things. In this video, I attempt to explore the why, how, and what we can learn from this ambitious, but misguided event. Enjoy! Every Wednesday, this crazy world of ours gets a little less intolerable thanks to a fresh batch of comics. At a time when most of our heroes are in movies and too many villains run free in the real world, we need a little something to remind us of all things good, upstanding, and awesome. As such, I make it a point to select one comic from this batch that’s a better reminder than most.

While the world of superhero comics goes through cycles of hope and despair as often as the Hulk goes through cheap pants, the state of affairs for the X-Men have been more dire than usual. Since the reality-warping events of “Uncanny X-Men #10,” the state of mutant affairs in the Marvel universe hasn’t just been tenuous. Mutants are essentially fighting for the right to be more than an afterthought.

As much of the mutant population is exploring the dystopian utopia that is “Age of X-Man,” the remaining X-Men have been trying to find their place in a world that seems all too happy to be rid of mutants. It has not been an easy endeavor, but “Uncanny X-Men #16” reminds us why it’s worth doing.

The X-Men have been beaten, demoralized, wounded, and marginalized. They’ve had to battle old enemies, attack old allies, and even clash with close family. To say they’re at a low point would be like saying John Wick likes his dog. This is one of the most dire situations the X-Men have ever had to endure, including everything ever written by Chuck Austin.

Despite all that, “Uncanny X-Men #16” finds a way to bring out the best in the X-Men’s most ardent champions. 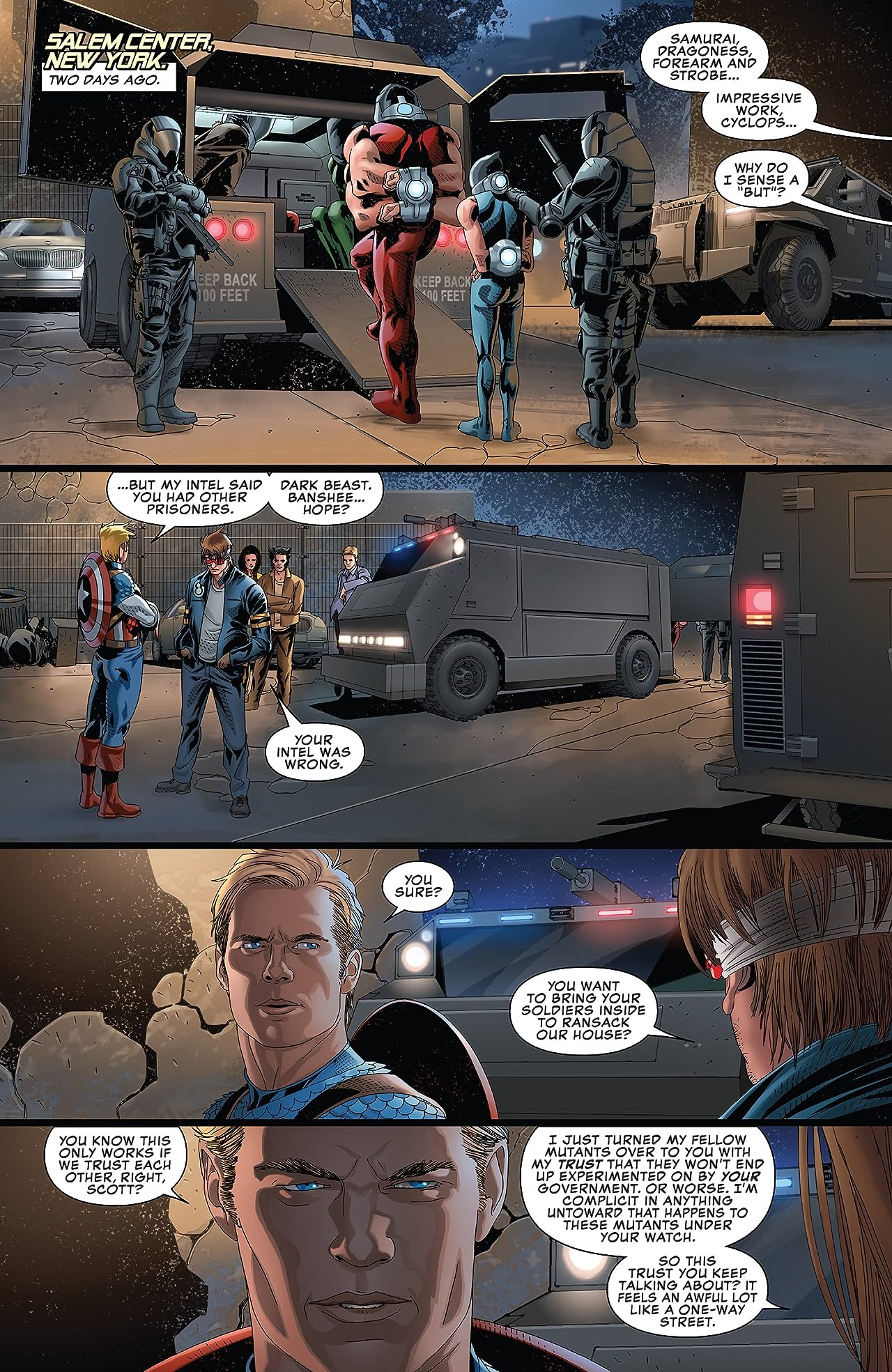 “Uncanny X-Men #16” continues a story that has wounded the X-Men in so many ways. A lot of it is mental. Some of it is physical, as Cyclops’ lingering head injury shows. Even as the X-Men fight on, this issue finally shows all the struggle getting to the team. It’s not the first time these characters have expressed doubts, but in the context of the story, it does something important with respect to the past, present, and future of the X-Men.

Everyone on Cyclops’ team knows that mutants are in an existential crisis. They know their numbers are dwindling and that humanity is doing everything possible to make them an afterthought. How does anyone even go about being X-Men in a world like that? Thus far, that has been an unanswered question.

Cyclops and Wolverine tried to answer it by creating a new team out of what remained of the mutant population. They’re actually setting aside their differences and attempting to keep the spirit of the X-Men going. Keep in mind, these are two people who don’t like each other. One of them kept trying to sleep with the other’s wife and the other has shot him through a wall on more than one occasion.

Just putting the team together and fighting what’s left of the X-Men battles has been a struggle over the past several issues. However, “Uncanny X-Men #16” dares to step back and question what they’re fighting for and why they’re even fighting. Writer, Matthew Rosenberg, explores some overdue discussion among the team. He also puts Cyclops in a unique position that somehow makes him more awesome. For much of his history, as well as his ill-fated roles in the movies, Cyclops has always been the uptight leader who barks orders and expects others to follow them. While we’ve seen hints of that Cyclops here and there, he finds himself in a more uncertain position.

Cyclops no longer trusts himself to be the leader he once was. Even his own brother, Havok, isn’t sold on his leadership at times. While it’s hard to be much of a leader when your entire species is on the brink of extinction, the criticisms aren’t without merit.

Essentially, Cyclops gives the X-Men a chance to show that they can be X-Men without him barking orders. He goes so far as to temper his own leadership in order to give the X-Men a chance to prove their causes is bigger than one person. I won’t say it’s Cyclops’ greatest tactical decision, but the results speak for themselves. The criticisms and difficult discussions are relevant, giving “Uncanny X-Men #16” much more depth than a typical X-Men comic. It still has plenty of standard superhero action that artist, Salvador Larroca, renders beautifully with his skills. It’s not the flashiest battle, but it has a few twists and complications that require more than just better leadership.

Some of the choices made over the course of the story are questionable. Many of the wounds they’ve suffered haven’t entirely healed. These X-Men are still a far cry from the X-Men that hang out in mansions, fly around in high-speed jets, and fight killer robots. They’re not just struggling to find their place in a world where mutants are almost extinct. They’re trying to find a better way to do what they’ve always done.

These are exciting times for the X-Men and not just because the movie rights have returned to Marvel. Rosenberg and Larroca have broken the X-Men down in their darkest hour. Now, it feels like they’re becoming the superheroes they have to be. There’s bound to be setbacks, mistakes, and tragedies. However, that’s often when heroes like the X-Men are at their best.

The following is a review I wrote for PopMatters for “X-Men: The Exterminated #1.”

On Melodrama and Family Ties in Marvel’s ‘X-Men: The Exterminated #1’