I’m going to try a little something new here so please, if possible, tell me what you think. Every Wednesday, a crop of new comics come out. I’m usually up bright and early to read them, thanks to digital subscriptions through Comixology. It makes for many restless nights, but it’s worth it to start my day with an awesome comic. As such, I want to single out a particular comic that I feel really stood out.

This week, it’s Wonder Woman #55. Granted, I’ve written plenty about Wonder Woman and the many reasons why she’s an iconic female hero. Sometimes it’s easy to forget that she still has comic coming out regularly come out and this week, we got an especially wondrous treat.

Steve Orlando and Raul Allen capped off a story that began several issues ago that had Wonder Woman reunite with her renegade Amazon sister, Artemis of Bana-Mighdall. While this isn’t the first time they’ve clashed, this particular comic beautifully demonstrated what sets Wonder Woman apart from her fellow Amazons and so many other heroes in general. 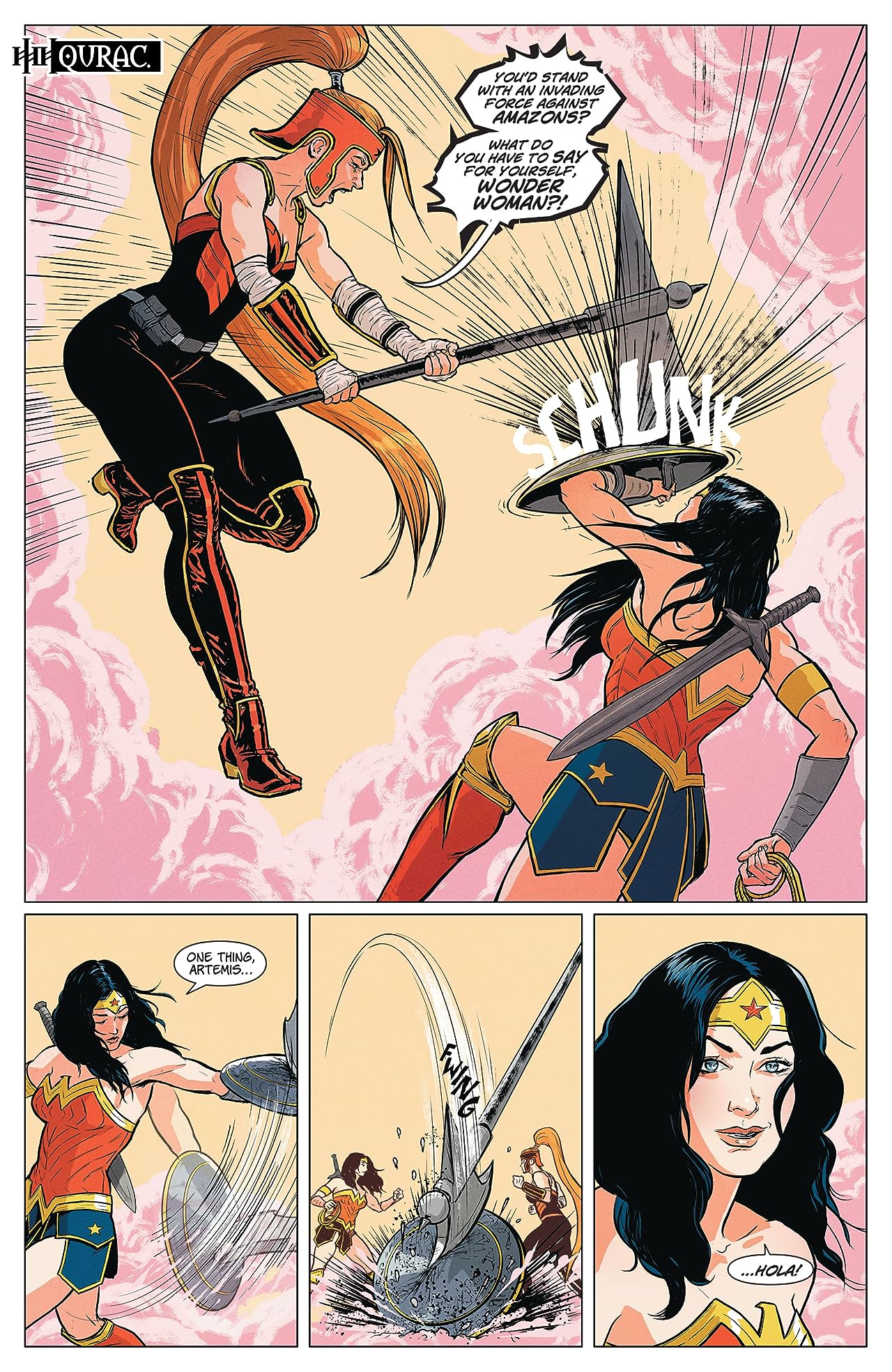 While Wonder Woman’s power set makes her one of the most powerful figures in the entire DC Universe, even those immense abilities don’t reflect her greatest strength. Sure, they come in handy whenever Darkseid invades Earth, but those are not the most important weapons in her arsenal.

More than anything else, Wonder Woman’s greatest power is winning battles with truth and compassion. She doesn’t seek to solve problems through domination. She seeks peace through truth and loving submission, a theme with some kinky undertones. She wields that power with effective grace in this, albeit not in too kinky away.

I could go on and on about the non-kinky aspects of the story that make it so awesome, but I’d rather let the book speak for itself. That’s why I’m proud to make this comic my first quick pick. Even if it doesn’t make you submit, it’ll fill your heart with Wonder Woman’s love and compassion. Any comic that can do that is a true wonder.