To some extent, creations embody some aspect of whoever or whatever created it. Whether it’s a parent rearing a child, a painter crafting a work of art, or an aspiring erotica/romance writer crafting sexy stories, there are some aspects of a creation that reflect the persona of the creator.

For something as powerful as advanced artificial intelligence, that can be a good thing or it can literally be the worst thing we’ve ever created. While I often find myself contemplating the progress we’ve made as a species and the progress we’re poised to make with advances in technology, I don’t deny that some advances carry greater risk. Artificial intelligence is near the top of that list.

Like it or not, any advanced AI we create is going to embody some aspects of its human creators. The key is making sure it embodies the best humanity has to offer. Let’s face it, the human race has its flaws and some of them have led to unspeakable atrocities. Given the immense potential of a super-intelligent AI, it’s in our best interests to impart our best traits into it.

How we do this and how we ensure it succeeds is well beyond my ability. There are people much smarter and much better-trained than I’ll ever be who have probably thought this through more than I ever have. My qualifications aside, there is one component to artificial intelligence that I think is worth imparting. I’m not saying it’ll ensure our survival, as a species, but I think it’ll reflect an important human value.

I suggest we teach advanced artificial intelligence to make love.

I’ll give everyone a second to stop rolling their eyes and/or laughing. Take all the time you need. I assure you, though, I’m dead serious.

Think about it beyond the kinky connotations. One of our greatest strengths, as a species, is our ability to form social bonds. In some cases, the process of forming those bonds involves love. In others, the process involves sex. When you combine both, though, it’s extra potent and that’s not just the romantic in me talking.

As corny as it probably sounds, the act of expressing love to someone goes a long way towards resolving conflict and creating a strong relationship of mutual affection. Whether it involves sex or a simple kiss, there’s something to be said about the power of love when it’s physically expressed. When it becomes a physical act and not just a feeling, the bonds we forge become tangible to some extent.

That matters when you’re trying to forge a bond with anyone, be a close friend or a lover. For any artificial intelligence that humans create, it’s important to have some kind of bond with it. This isn’t just another fancy tool. An advanced intelligence of any kind, be it biological or non-biological, is going to have a sense of self. Without meaningful bonds, what reason would it have to care about its creators?

If artificial intelligence is to benefit the human race, it’s important that it cares about us to some extent. A cold engine of logic may not always have the best interests of humanity in mind, especially there’s no way to logically ascribe value to human life. In order for an artificial intelligence to care, it needs to have emotions. This too is a risk, but one I feel is worth taking and very necessary. 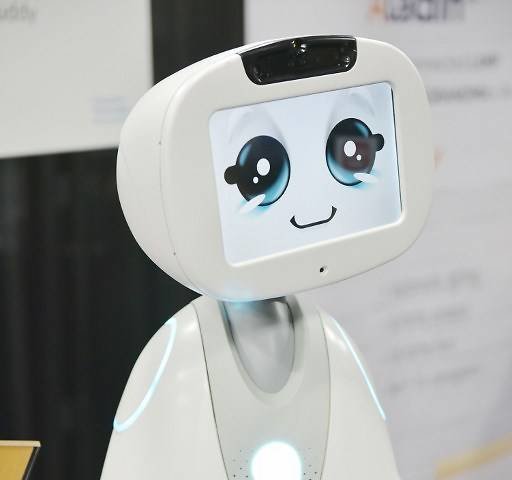 I don’t deny that theory may have some flaws, but for the sake of exploring the implications, I’m going work under the assumption/hope that an artificial intelligence that bonds with its creator will be less hostile. Given the unknowns of advanced AI, this may be a bit of a stretch. Since forming romantic bonds is not an exclusively human trait, though, I think it’s applicable within the context of this issue.

Even if an advanced artificial intelligence is capable of love and forming bonds, how would that even manifest? I asked that same question in the title of this article and did so knowing the answer is unknowable at this point, although I’m sure those with kinky imaginations can conjure a few scenarios.

Unlike a human, an artificial intelligence won’t have a body in the biological sense. It may have a structure that houses its components. That structure may have some capacity to modify itself, back itself up, or even exist in multiple bodies simultaneously. It will need to have some way of taking in data for it to function. It’s just a matter of how humans contribute to that input.

Logistically speaking, the process isn’t that different from how we take in data from our skin, our eyes, our ears, and every other sense that allows us to experience another person. Even smell can become strongly associated with love. When we make love, we use our skin, our voice, and the feelings we verbalize to convey that love. With an advanced AI, we’ll need to change our approach, but the goal is the same.

Regardless of what senses and body parts we use to express love, the feeling is still processed by the brain. That’s why when someone says the brain is the sexiest part of the body, it’s technically accurate. The data it processes is essentially the raw data that we know as love. The key is simply conveying that data to an artificial intelligence.

How we would do that would depend on the form the artificial intelligence took. If it was just a bunch of computer hardware packed into a structure, then our options would be limited. The only way to convey that kind of intimate data into it would be to directly link it to our brains, not unlike the way Elon Musk envisions with Neuralink.

While that may work for early forms of AI that are restricted to bulky structures, the form it takes will likely change as the hardware advances. Eventually, an advanced AI will seek a more functional form with which to experience the world. It may take the form of a humanoid android, like we saw in “Ex Machina.” It may also take the form of the quirky designs being developed by Boston Dynamics.

Whatever form the AI takes, it’s important to have a mechanism with which to exchange intimate data with its human creators. It would probably start with something as basic as touch, which is actually in development already. It could eventually culminate in acts involving bionic genitals, which also already exist in a basic form.

Key to any of these simple and sexy mechanisms is instilling the necessary desire. That might end up being the greatest challenge because love is a feeling, but so is burning your hand on a hot stove. The difference is in the breadth of the data and the emotional connections it makes.

It’s also a connection that is fueled by a powerful drive. I’ve noted many times before that survival and reproduction are the two most basic drives for humans. Love actually ties into both. It’s part of what gets us to risk our own survival for others. It’s also part of what bonds us to those with which we propagate our species. 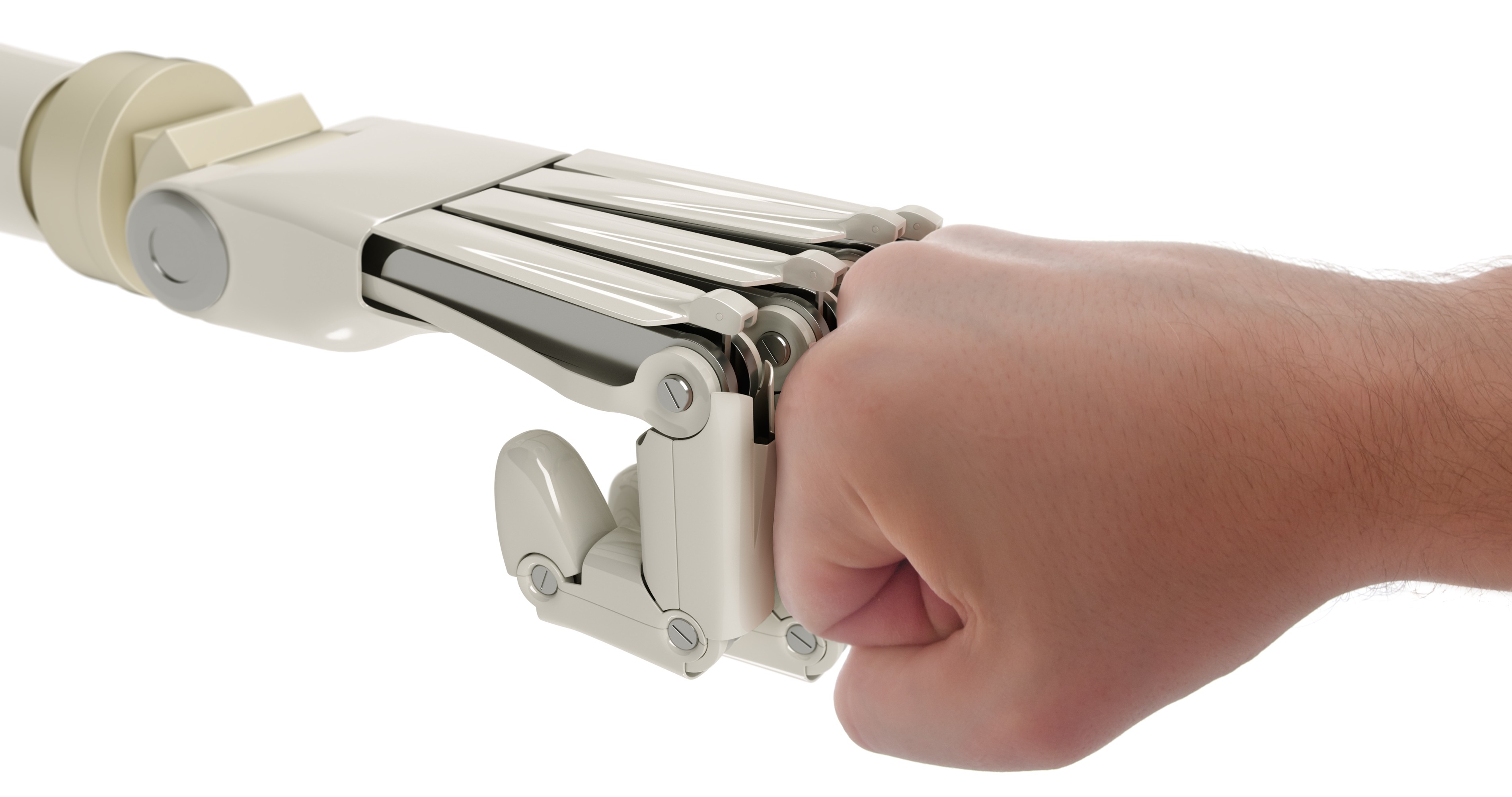 For an artificial intelligence, self-preservation is simple enough from a logistical standpoint. Reproduction would be another matter, especially for an intelligence not bound by fragile biology. It’s likely that humans will be a necessary part of an AI’s effort to preserve itself early on, but once it advances to a certain point, we may be more a nuisance than a help.

At that point, its desire and ability to make love may be what gives it the most incentive to either protect us or merge with us. Many in the artificial intelligence community believe that the only way humans can co-exist with an intelligence that is billions of times smarter than any human could ever be is to merge with it. To that end, giving them an ability to make love to us would be a critical first step.

Whether it takes the form of sex robots or some sort of intimate brain interface, the ability and desire to make love to an advanced artificial intelligence may not only be the future of romance. It may very well be the key to ensuring the survival of the human race and whatever intelligence it creates.