Becoming A Better Man: A Lesson From My Father

As kids, we rarely appreciate the lessons and insights our parents give us. For the most part, we see their efforts as an obstacle to our daily goal of having candy for every meal and staying up as late as we want. It’s only after we grow into adults and learn much harsher lessons from the world around us that we truly appreciate our parents.

That has certainly been my case. I’m very fortunate and very grateful because I have the best parents I ever could’ve hoped for. My mother and father did everything a kid could ask for in a parent and then some. I try to thank them every chance I get and I’m not just saying that because I know they regularly read this site. I genuinely mean it.

Earlier this year, I shared a special personal story about me and my mother to help celebrate Mother’s Day. Rest assured, I have just as many special stories about my father. I’ve mentioned before how his parenting style is distinct from my mother’s. He’s a lot more direct in how he establishes how a good, honorable man should behave. It’s because of him that I have a healthy appreciation for noble masculinity.

There are so many stories I could tell that demonstrate why my dad is so special and how he helped me appreciate the importance of becoming a better man. On the eve of Father’s Day, I’d like to share one of those stories. It’s one I’m sure I remember more vividly than my dad because while it was a defining moment for me, he probably sees it as just another day of being a great father.

This particular story takes place when I was about nine years old. I was a kid, but a growing kid. It was an age where you start to understand what it means to mature. I bring that up because it ended up being a critical component of this particular story.

My family was visiting one of my many aunts and uncles. I don’t remember the occasion, but my family has never needed much excuse to get together and party. For me, I just loved going there to hang out with my cousins. Growing or not, though, I was a kid and kid get rowdy after a certain period of time and sugar intake. It might as well be a law of physics.

The most memorable part of the visit, however, came towards the end when it was getting late and my parents needed the kids to settle down. In a confined space full of kids no older than 10, they might as well ask gravity to reverse itself on top of that. It just wasn’t going to happen without some sort of parenting wizardry.

That’s where my father comes in. It’s right around nine o’clock and my parents, along with every other adult in that house, were low on patience. My siblings and cousins had crowded in a bedroom where I was sort of leading the rowdiness, listening to music and yelling at the TV. My father might as well have walked into an insane asylum and I was the one handing out the tainted meds. 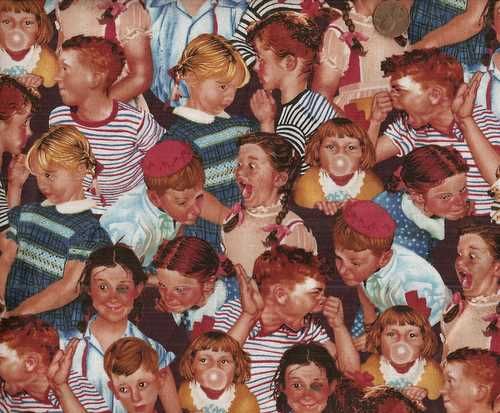 The first thing he did was turn off the TV, which for a kid my age was like slap in the face coupled with a kick to the shin. He didn’t raise his voice or yell. He just walked in there, carrying himself like a Navy Seal, and let his presence do the talking. Most of the younger kids in the room listened, but I didn’t. I still insisted on being difficult.

I ended up making a scene, saying I didn’t want to go and I wasn’t tired. I wasn’t even cute about it either. I admit I was an outright brat. If my father’s reading this, I think he remembers this better than I do. He’d probably use much stronger words, but in my defense, I was an immature kid surrounded by other immature kids.

Despite that attitude, my father didn’t flinch for a nanosecond. He just stood there, looked down at me with a glare that could’ve melted steel, and just kept repeating my name in this stern, stoic mantra. Again, he didn’t yell. He didn’t demand my obedience. He didn’t lay a hand on me. He just stood there like a titan.

At first, it annoyed the hell out of me and that just made me more restless. I kept making a racket that I’m sure the other adults in the house heard. My dad was well within his right to grab me by the shirt and put the fear of God in me. He still didn’t do it. He just kept repeating my name, as if to wear me down.

On paper, it shouldn’t have worked. It shouldn’t have gotten an immature kid my age to shut up. I don’t even remember how long I kept it up. After repeating my name in that tough, but authoritative voice for who knows how long, I finally broke. I just fell silent. Every kid in the room fell silent as well. It was downright eerie, but it worked. My father had silenced a room full of kids without breaking a sweat.

If that doesn’t demonstrate how awesome my dad is, I don’t know what will. He still wasn’t done, though. After the room fell silent, he told me we were leaving in a half-hour. I just nodded. I then asked if we could play one more game before that. I didn’t ask in a whiny, childish tone, though. I asked in the same serious tone he’d used. My dad, being as loving as he was tough, just smiled and nodded.

As the years have gone by, that moment has gained greater and greater meaning. It was at that moment that I realized what it meant to be mature. Just whining and begging wasn’t going to get me what I wanted anymore. If I wanted something from someone, I had to show respect and humility when I asked.

My father didn’t spell that out for me. Instead, he demonstrated it in a way I would never forget. He didn’t try to explain, word for word, the merits of being mature around other adults and why I should do it. He showed me. He made it so that what I’d been doing before as a kid no longer worked. If I wanted to get my way, I had to do something different. I had to be more mature about it.

That kind of lesson is a lot to process for a nine-year-old. I don’t think I began to appreciate it until a few years later when I noticed other kids around me trying to avoid that kind of maturation. When they wanted something, they still whined and complained. I didn’t do that and I’m a better man because of that.

It made me better through the rest of my youth. Talk to any of my relatives who knew me during that time and they’ll probably say the same thing. I was a lot more mature than most kids my age. Some even said that talking to me was like talking to a young adult. That earned me more respect than most kids my age and that helped a great deal, especially as I struggled through my teenage years.

It ended up being one of the most important lessons I ever learned as a kid. It might have been the most valuable lesson that my father ever taught me. To get what you want and to get along with people, you can’t beg for it. You can’t force it, either. You have to show respect and respect begins by showing it to others. It doesn’t matter if your a kid or adult. There’s value in being mature, respectful, and kind.

There are so many great memories I have of me and my dad, from trips to the beach to just paying catch in the back yard. However, that fateful day when he taught me that important lesson in maturity still stands out, especially on the eve of Father’s Day. It’s a moment that I treasure to this day and one that has helped shaped me into the man I am today.

I hope that story resonates with fathers and their children. To my own dad, if you’re reading this, thank you from the bottom of my heart. Thank you for being such an awesome father and for showing me how to be a better man.

One response to “Becoming A Better Man: A Lesson From My Father”