In my experience, those who say flirting is an art, not a science, either look like a celebrity, are insanely rich, or have giant dicks/tits. They think they understand flirting. They don’t realize that a lot of what they do is showing off and being inherently luckier than most.

I don’t claim to be an expert on flirting. In fact, for most of my adult life, I barely qualified as a novice. My idea of flirting involved a few compliments, lots of stammering, and the kind of goofy laughing that that even the Joker would find awkward. Eventually, I did learn to have meaningful conversations with the opposite sex. I kind of had to in order to write sexy novels. However, it was an arduous process, to say the least.

I had a lot of weird problems talking to people growing up, but not in the way you might think. Talk to any one of my family members, siblings, or relatives and they’ll tell you the same thing. As a kid, I could talk for hours with other adults, even if I wasn’t related to them. When it came to talking to people my own age, though, especially women, I might as well have been a brain damaged horse.

I don’t entirely understand the forces behind that awkwardness. Even some of my old teachers found it strange. All I know is that once puberty did its thing and I felt the urge to do more than just talk to women, things got even stranger. I’m pretty sure I came off as a socially inept alien from another planet. Maybe some girls thought that was cute, but not enough to respond to my pitiful attempts at flirting.

I know the art of flirting with women is a full-fledged industry these days, but I doubt it would’ve helped make my teenage years less awkward. I’ve shared some fairly dark moments in that life, most of them taking place in high school. I’ve also shared some fun, sexy moments, most of which took place in college.

Well, I’d like to share another personal story that perfectly depicts my complete inability to flirt in a way that doesn’t make someone uncomfortable/annoyed. It involves a comic book store so it’s a story that has some added weight too. Given my documented love of comics, I think it’s fitting that I realized how inept I am at flirting at one of my favorite places to be that doesn’t serve donuts and beer.

This particular incident took place early in my sophomore year of college. At the time, I’d adjusted fairly well to college life. I thought my social skills were also improving. I think I grossly overestimated some of my improvements, but in my defense, I was still healing from the scars left by high school.

It began like most Wednesdays do for me, restless and eager. For those of you who don’t know, new comic books are released on Wednesdays so that means this is basically every comic fan’s favorite day of the week. It’s like Christmas comes every week and you don’t have to put up any decorations.

The college I went to had a comic book store right in the downtown area and every Wednesday afternoon after my final class, I made it a point to run down there as fast as I could without looking like a dog was chasing me. It was often the highlight of my week, provided I didn’t have a mid-term.

Since I didn’t have a mid-term on this week, I made my way to the comic book store feeling as giddy as dog in a asshole factory. When I got there, the guy working there, with whom I was on a first-name basis, already had my comics pulled for me. I was ready to spend the rest of my Wednesday in a state of comic book bliss. That’s when I saw her.

Out of respect for her privacy, I won’t use her real name. For now, I’ll just call her Sandra. Picture Wonder Woman with shorter hair and more eye-liner. That’s how this woman looked. Naturally, my hormones nearly short-circuited my brain and butterflies were doing nude oil wrestling in my stomach. Yes, it was that intense a moment.

While I know it sounds like a bad stereotype that inspires bad milkshake-themed internet memes, there is some truth to it. A cute girl in a comic book store, even today, isn’t just a rarity. It’s a spectacle. This girl might as well have been a unicorn riding a white rhino. Her being in that store felt like a gift from the comic gods or whatever god just thought I finally deserved some luck in my love life.

I usually spend a few minutes browsing the comics anyways so I walked up to the girl, saw what she was reading, and started talking to her. Unlike my previous efforts to communicate with women, it wasn’t that awkward and for good reason. She was reading comics. That’s something I know. That’s something I can talk about for hours without stuttering. 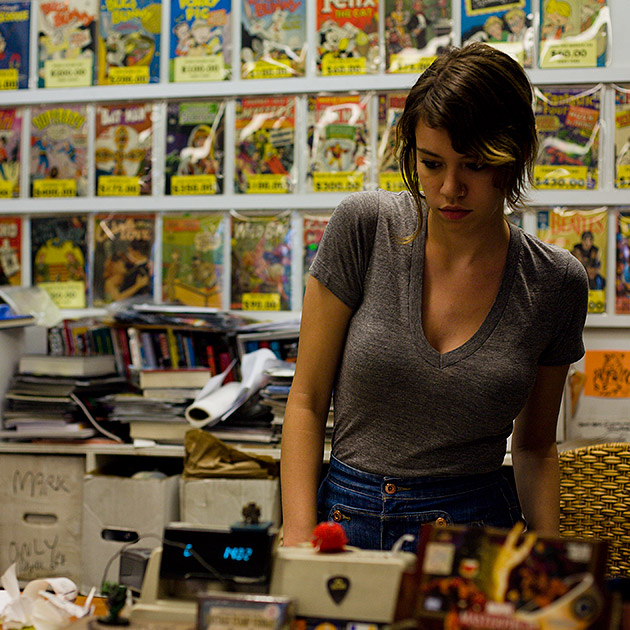 I think I spent a good half-hour just talking to her about the comics she was reading. She actually talked back. She even smiled at me a few times. I’m not going to lie. My heart skipped several beats and my pants felt at least two sizes tighter. If ever there was a time when I was going to get a woman interested in me, this was it.

Then, I found a way to screw it up. I’m sorry, but this story doesn’t have a happy or sexy ending.

I knew from the get-go that I was going to try and ask this girl out. Talking about comics for hours on end is one thing, though. Actually taking that step towards asking her out is another. After I sense she’s ready to leave, I try to make my move. This is where the stuttering and awkwardness returns with a vengeance. Not even Batman could’ve helped me here. 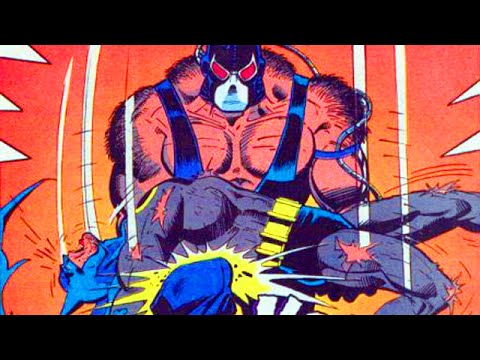 I don’t remember exactly how I worded it. I might have started speaking Greek, for all I know. She looked like Wonder Woman so maybe that helped. I do remember, though, that she gave me her number so I must have said something right. It was actually a huge milestone because that was the first time a woman had ever given me her number.

Again, this story doesn’t have a happy or sexy ending. Getting that number was the high point of this story. It all went downhill after that because I basically handled this accomplishment in all the wrong ways.

It started with me trying to call her the next day and leaving her an awkward, stammering voicemail. I’m pretty sure that voicemail alone made her change the combination lock on her panties. I then tried to call her again that evening and left another horribly awkward voicemail.

I know they were horrible because as soon as I hung up my phone, I realized how pathetic they sounded. They were not the words of someone who had the confidence to be anyone’s lover. They sounded like someone who just didn’t know how to react to a situation where he had to be articulate and flirty with a woman.

I know women well enough to understand that they have a variety of tastes when it comes to prospective lovers, but few are attracted to anyone who sounds that inept. Needless to say, I never saw Sandra again. I tried calling her erratically over the next several weeks. I think she might have answered just once, if only because she felt sorry for me. That wasn’t enough for her to give me a chance, though.

Eventually, I stopped calling her and deleted her from my phone. When I noticed her not showing up at the comic book store anymore, I took that as a sign that I’d probably made a less-than-flattering impression. I can’t say I blamed her for avoiding me. I was needy, awkward, and inept in talking about anything that didn’t relate to comics. That just doesn’t check a lot of boxes for women looking for prospective lovers.

It counts as a low-light in my love life, but one that I learned from. It was that incident with Sandra that made me realize just how much I needed to improve my flirting skills and my communication skills, in general. It seemed so daunting at the time, but it was a catalyst, of sorts. It helped me realize that these skills with women aren’t just going to come to me. I have to actually work at it.

I’m still no expert. I barely qualify as an amateur when it comes to flirting. However, I am confident in saying that I’m much better than I was on that fateful day I encountered Sandra. If she were to show up again, even if it isn’t in a comic book store, I’m confident I could do more than just talk comics with her. I’m not saying I’d get her number again, but I sure as hell wouldn’t be that pathetic. 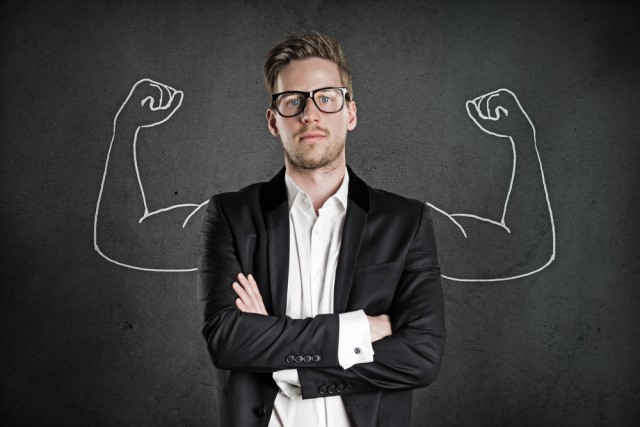