Remembering (And Learning From) My First Date

We all remember our first crush.

We all remember our first kiss.

We all remember the first person we ever fell in love with.

These are pivotal moments in our lives. They help form the core of our romantic identity. Who we are and how we go about loving others starts with those moments. Ideally, we get better at them over time, as do our lovers. They aren’t always great. Sometimes, they’re terribly awkward. I admit I’ve had a few. As awkward as they were, I learned from them.

With that in mind, I’d like to get a little personal again. I know it’s been a while since I shared a little anecdote from my life. I’ve told stories about my sub-par flirting skills. I’ve also recounted stories that definitively prove how awesome my mom is. I like to think these are stories people can relate to and learn from. I hope this one is similar.

This personal story is about the first date I ever went on. It’s another one of those pivotal moments, but one that tends to be more mixed. Sometimes, a first date is a prelude to an epic love story that culminates in two people getting married, having kids, and building a life together. It can also be an unmitigated disaster. You don’t have to look far to find stories like that.

For the most part, first dates tend to be a mixed bag. They can either be utterly forgettable or a moment you treasure for the rest of your life. The story of my first date lies somewhere in the middle. I hope my now ex-girlfriend feels the same way because it was her first date too. She and I were both young, romantically inexperienced, and socially awkward. In a sense, our date was destined to be mixed.

That didn’t make it any less meaningful. In fact, it gave us an experience to build from, one that would serve us well throughout our relationship and even after we broke up.

It started out simple. I planned to take her to a restaurant at a nearby mall. She loved seafood and this was one of my favorite places. It was also the first date in which my parents let me borrow the car. It was exciting, but still nerve-racking. I saw it as a critical first step in our relationship. I wanted it to be part of a real love story for us. It didn’t play out like I’d planned, but it was still a story. 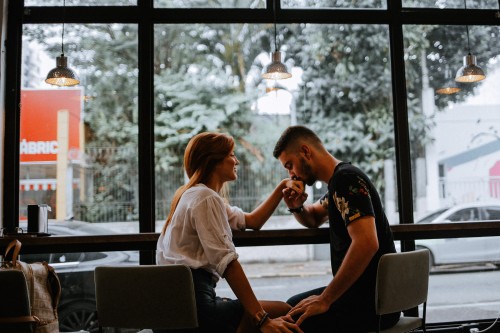 Before we even got to our destination, there was a setback. While driving to the mall, I take a wrong turn and end up in some office park across the street. Keep in mind, I knew this area well. I’d been going to this mall since I was a kid. Now, here I was, getting lost in familiar territory with a girl I’m trying to impress. It was not a good start.

Much to my ex-girlfriend’s credit, she didn’t make a big deal out of it. She even thought it was funny. I doubt she knew how much I was panicking. I remember gripping the steering wheel so hard, wanting this to be a dream I woke up from before going on the real date. I still put on a smile and tried to make small talk. I’m pretty sure I started talking about comics.

Despite that setback, we made it to the mall. We then make our way to the restaurant without incident. I’m still recovering. I’m also being extra-vigilant. I’m holding her hand, smiling at her, and staying close like a respectable man should. All the while, I’m trying hide how nervous I am. I know she was nervous too, but she wasn’t the one who got lost less than five miles from his house.

Things finally settle once we’re at the restaurant. It’s not an overly fancy place, but it’s no fast food joint either. It’s a place with waiters, menus, and a cocktail list. At the time, we’re both poor college students so this is a nice change of pace for us both. I tell her it’s okay to splurge a little. My parents even gave me some money. We certainly made the most of it.

It’s here where the most memorable part of the date played out. At first, I struggle to keep a conversation going. I’m still socially awkward. I met this girl on the internet. I’m used to having time to think my responses through before answering. It’s not an easy transition. However, after we ordered, something amazing happened.

I know it sounds corny. It may even sound mundane because it was a date. Connecting is kind of the point. However, keep in mind that this is my first date and she is my first girlfriend. I’m in uncharted territory. I don’t know what I’m doing. I don’t even know what I’m supposed to do. I’m just talking to this girl, trying to come off as the kind of guy she wants to be with. 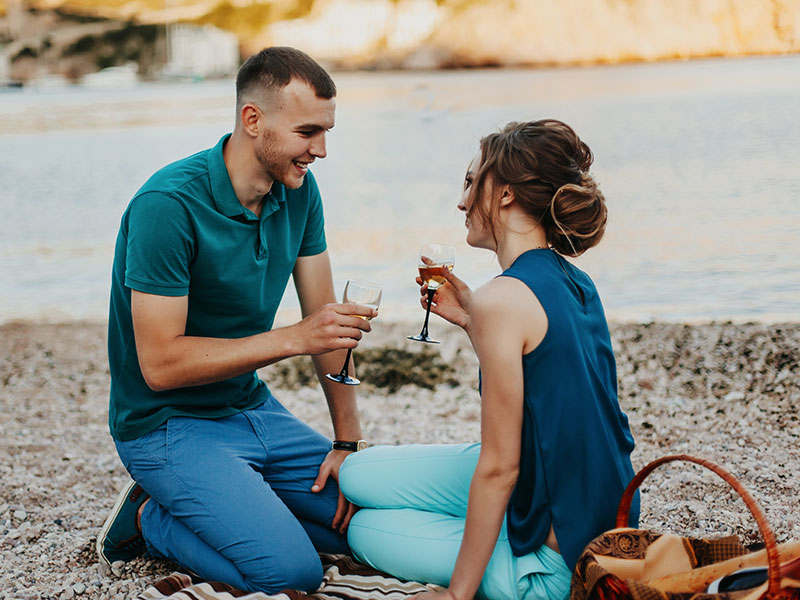 The rest of the dinner goes great. I do recall eating a little too quickly and sloppily, but that didn’t matter. She ate the same way. I saw it as a sign. She also cursed a lot more than I did. She wasn’t big on making things too formal. She wasn’t trashy or anything like that, but she wasn’t the kind of person who censored herself. That ended up helping me navigate the night.

After we eat, we just walk around the mall together. I feel more relaxed. She’s more relaxed, as well. At some point, it doesn’t even feel like a date. We’re just hanging out, doing the kinds of things we like to do by ourselves. This time, we have someone to share it with. That, more than anything, is what made that date feel special.

It wasn’t a chore or some elaborate ritual. We were a young couple with a blossoming romance. We wanted to get to know each other and have a little fun. That’s exactly what we did. I learned a lot from that first date, both about the girl I was dating and the dating process, in general. If there are any lessons I hope to impart from that experience, it’s this.

A first date doesn’t have to go perfectly in order to be successful.

It can start off badly. It can even have a few setbacks. You can still make it work. You can even learn more from those setbacks than you would have, if everything had gone according to plan. I had a plan for that first date. That plan collapsed within five minutes of leaving my place. In hindsight, that was probably a good thing. It forced me to get back to basics on why I wanted to date this girl in the first place.

Even though that relationship didn’t work out, that first date set a good tone for us both. We were together for a good nine months after that. In that time, we had a lot of fun. We shared a lot of great moments, some of which I’ve recounted. There’s a lot I learned about myself during that relationship. It marked a major turning point in my social life.

Before that first date, I was still the same socially awkward mess I was in high school. I used to even joke about how pathetic I was because I’d never been on a date. Now, I couldn’t make that joke anymore. I also couldn’t say I was as socially awkward anymore. I’d gone on a successful date. You can’t make that claim without having some social skills.

That should give hope to anyone out there who feels like they don’t have good social skills, either. I’ve been there. I know how hard it can be to develop those skills, especially when it comes to dating. It is possible, though. I’m living proof of that. You just can’t stop yourself from trying. You can’t make excuses, either.

Those moments that I mentioned earlier are powerful and precious. After a year like 2020, you tend to appreciate them even more. Moreover, you can’t just wait for them to happen. You have to pursue them. It took me way too long to do so, but I did it. I encourage everyone else out there to do so as well. Hopefully, your first date goes even better than mine.