I know this post may be a little late. I would’ve posted it sooner, but I wanted to capture the sexier elements in just the right way because those elements are worth capturing. If I’m going to be a successful erotica/romance writer, then I need to make those details count. Like love, sex, and the stories I write, there needs to be an equal balance of quality and quantity.

With summer ending, most kids and college students are already back in class, grinding away at textbooks, tests, and homework. It’s not a pleasant transition, going from sleeping in on a Tuesday to having to get up at six in the morning just to catch a bus full of half-asleep kids.

I’ve made no secret about my poor experience with school. I’ve even shared a few stories that highlight just how miserable and socially awkward I was. I’d like to change things up a bit and add a little sex appeal, as I often try to do. Believe it or not, there were parts of my education that were actually enjoyable. I’ll give everyone a moment to stop gasping.

Most of those moments, however, didn’t come in high school. They came in college. Yes, those were truly enlightening years and not just because I lived away from home, had a high-speed internet connection, and could eat dinner whenever I damn well felt like it.

They were also the years where I had my first steady girlfriend. They were the years where my ambitions to become an erotica/romance writer really picked up, thanks to some of the friends I made and the teachers I met. It was also the time my acne problem finally cleared up. By any measure, it was a huge step up from high school. It was my first true taste of adulthood and I liked it.

Beyond the improved living situation and a steady decline in misery, college exposed me to more than a few sexy situations. Some of them involved me as a participant. Others involved my friends and random strangers who were overly friendly. I’ve been debating just how much or how little of those experience I should share on this blog.

Then, I remembered this site can never have too much sex appeal so I’d like to share one of the more colorful experience I had during my college years. For those who are returning to college, just starting college, or just a few years away from college, I can’t say your experience will be the same. I’m just saying the potential is there.

For this particular story, I need to establish a bit of context. It occurred in the early parts of my senior year and it involves a party, as is often the case with many sexy college stories.

The year before, I had a roommate that I became good friends with. Of all the roommates I had, I probably got along with him the most. He returned the favor by inviting me to this big birthday party of his at a house he and three other guys now shared. They basically cleared the entire first floor to throw this party. It wasn’t quite on the level of “Animal House,” but it had a few similar themes.

I arrived after the music started playing and the drinks started flowing. It was already pretty damn hectic, but I quickly found my roommate and we caught up. There was plenty of food, beer, and pretty much everything you’d expect at a party. My roommate, being real tech-savvy, even built this elaborate stereo system that blared music at a level that felt just like a club.

As I got comfortable, I started dancing a little. At the same time, I began admiring the ladies that had attended the party. There were definitely more than a few. In terms of raw numbers, there was about an equal amount of women and men at this party. Apparently, loud music, free food, and beer attracts both genders. What a concept, right?

I talk to a few of them. I even flirt a little. Keep in mind, though, I’m still more socially awkward than most. On top of that, I had broken up with my girlfriend the year before and found out she’s with someone else. I’m not exactly in the best state of mind to hook up with someone. That, however, isn’t part of the spectacle.

That only happens towards the end of the party, which is past midnight and well after plenty have exceeded the legal limit for alcohol intake. While I didn’t see anyone throw up, I could easily pick out which among them would be badly hung over the next morning. That didn’t stop one particular couple from going for broke. 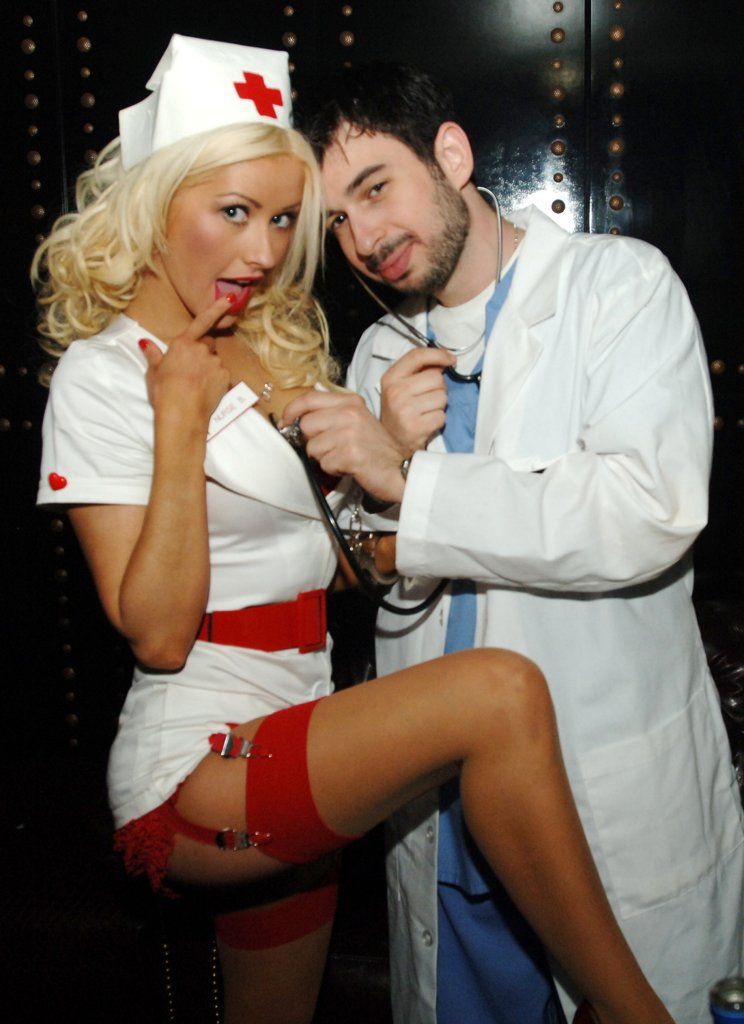 For the sake of this person’s privacy and dignity, which I’m pretty sure he surrendered that night, I won’t say his name. For now, I’ll just call him Brad. He and his girlfriend helped plan my roommate’s party. I actually knew the guy somewhat because he dropped by my dorm to visit me and my roommate fairly often.

Brad never struck me as much of a party animal. If you saw him in a crowd, he would be the last guy you’d think would cut loose and do something crazy or sexy at a party. He’s no John Belushi or Sean William Scott. He basically looked like a thinner version of Leonard Hofstadter from “The Big Bang Theory.”

At this party, though, I’m pretty sure Brad could kick Leonard’s ass, sleep with Penny, and get Howard to lick dog shit off his boots. What Brad lacked in size and muscle mass, he more than made up for in other areas and I’m not just talking about his endowment. The fact his girlfriend was pretty hot was already proof of that.

He put all of these traits on full display in what became the finale of this party. Just as people are about to leave and get a head start on their hangover, Brad plays one last round of music. Keep in mind, he’s had five beers and several jello shots. He’s more than a little inebriated and so his his girlfriend.

To take full advantage of this intoxication, he decides to do something special for his girlfriend and everyone else watching. He sits her down on the small, but dirty couch that already has a number of food and beers stains on it. Then, he channels his inner Chippendale dancer, and gives his girlfriend the kind of lap dance reserved for an uncut version of “Magic Mike.”

Picture, for a moment, someone who you would never expect of having much sex appeal suddenly becoming Channing Tatum. He’s thin, he’s pale, and his lanky, but that doesn’t matter. In this moment on this night, he’s the sexiest son-of-a-bitch on the planet and his girlfriend knows it.

I’m not going to apologize for putting that mental image in your head, a lanky guy giving his girlfriend a lap dance. Believe me when I say it a lot sexier than you think. This guy went all out, licking his girlfriend’s neck, shaking his ass in her face, and even doing a handstand right there on the spot. If I hadn’t seen it myself, I never would’ve believed it.

It worked too. I remember his girlfriend’s face lighting up like a kid who just saw a pool full of chocolate fudge. Sure, she too was pretty drunk, but she had that look on her face that said, “Every man on campus is going to envy your dick after tonight. I promise!” 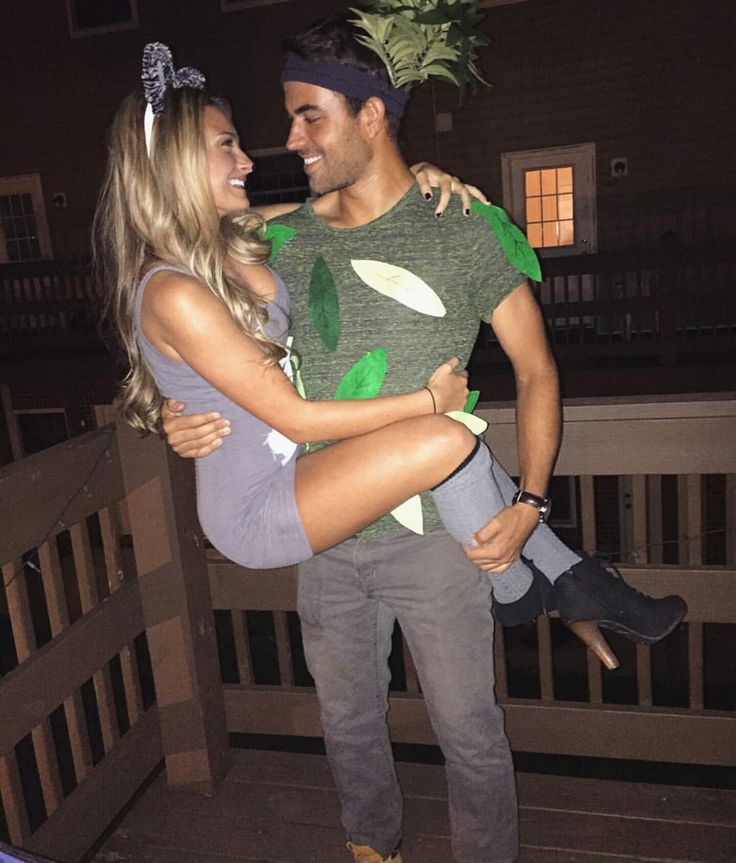 Now, I don’t claim to know the intimate workings of their relationship. Maybe this was their thing and it was how they kept things hot. Maybe it was just a one-time thing they did under the influence of alcohol. Whatever the dynamics, it captured a moment and a feeling perfectly. It was sexy, affectionate, and loving, all at the same time. I honestly can’t think of a more beautiful spectacle at a party.

Brad’s performance earned him the biggest applause of the night. Even my roommate, the birthday boy, gave him props. After that, I don’t remember seeing where Brad and his girlfriend went. They kind of disappeared after the crowd dispersed and the music stopped. I can only imagine that they had the kind of sex that put all the novels I’ve written to shame.

That night was a memorable night, albeit for reasons I didn’t expect. That happened a lot in college. It was so different from high school, which was so regimented and structured. I actually got a chance to explore things in college. That proved both enlightening and sexy.

I hope those returning to college, or just starting college, have similar experiences. It’s a wonderful time in your life and it’s something worth cherishing. I certainly cherished that party. I don’t know what came of Brad or his girlfriend, but I like to think they cherished that night as well for the best possible reasons.