When Robots Become (The Perfect) Parents

Talk to anyone who has been reading superhero comics as long as I have and they’ll tell you the same thing about Superman. A big part of who he is comes from his parents. He is the beacon of truth, justice, and the American way because he was lucky enough to get adopted by the best possible parents that anyone could hope for, alien or otherwise.

In comic book lore, Jonathan and Martha Kent are the gold standard by which all parents are measured. Like Superman himself, they embody an ideal. They reflect just how great an influence that good, loving parents can have on someone, even when they happen to have god-like power.

With that kind of parenting, a being who could move an entire star with only his breath can become a selfless hero. Even in the real world, the value of great parents is well-documented in science and even in the animal kingdom. When the value of something shows in both comic books and adorable animals, that’s a clear sign as to just how great a force it can be.

Now, I’m going to bring sex robots into the conversation. There’s just no easy way to transition to this part of the conversation so I’m not going to try. I’ve talked about sex robots before and I’ve done my best to make my points salient. That’s just not possible in some instances and this may be one of them.

The development of sex robots is happening, despite the concerns and outright opposition of some. As I write this, there are companies working hard to develop perfect robot lovers. Some have made more progress than others. Given the size of the sex industry, there’s just too much money to be made.

Beyond the sex part, though, these robot companions are poised to do even more than just make love to us in ways that’ll make us feel like Superman. With further advances in artificial intelligence, especially in terms of emotional intelligence, it’s not that far-fetched that these robot lovers may one day raise our children too.

The principles are already in place. We can already grow sperm and eggs in a lab. With further refinements, you won’t even need a doner in the future for producing a child. You could, in theory, just select the genetics you want with the traits you want. Beyond having a lot of kids that will look like Brad Pitt and Taylor Swift, you wouldn’t even need a surrogate once artificial wombs become sufficiently refined.

These technologies are in development and it’s entirely possible that there will come a day where an individual, be they man, woman, or something in between, doesn’t need a second person to produce a child. They don’t even need sex or doners. They only need the right tools and the proper biological material.

While that may ensure that the human race can propagate if making babies with sex falls out of fashion, there’s still the matter of caring for these children once they’re born. Technically, a society that produces children like this would be an entire society of single parents, which is already prone to all sorts of pitfalls.

That’s where the sex robots can come in once more, albeit without the sexy parts. If a robot can learn, through artificial intelligence, how to give someone the utmost love, care, and affection as a romantic partner, then why can’t they also develop similar skills in terms of parenting? In theory, a sufficiently advanced artificial intelligence could grant every child the same parenting that the Kents gave Superman. 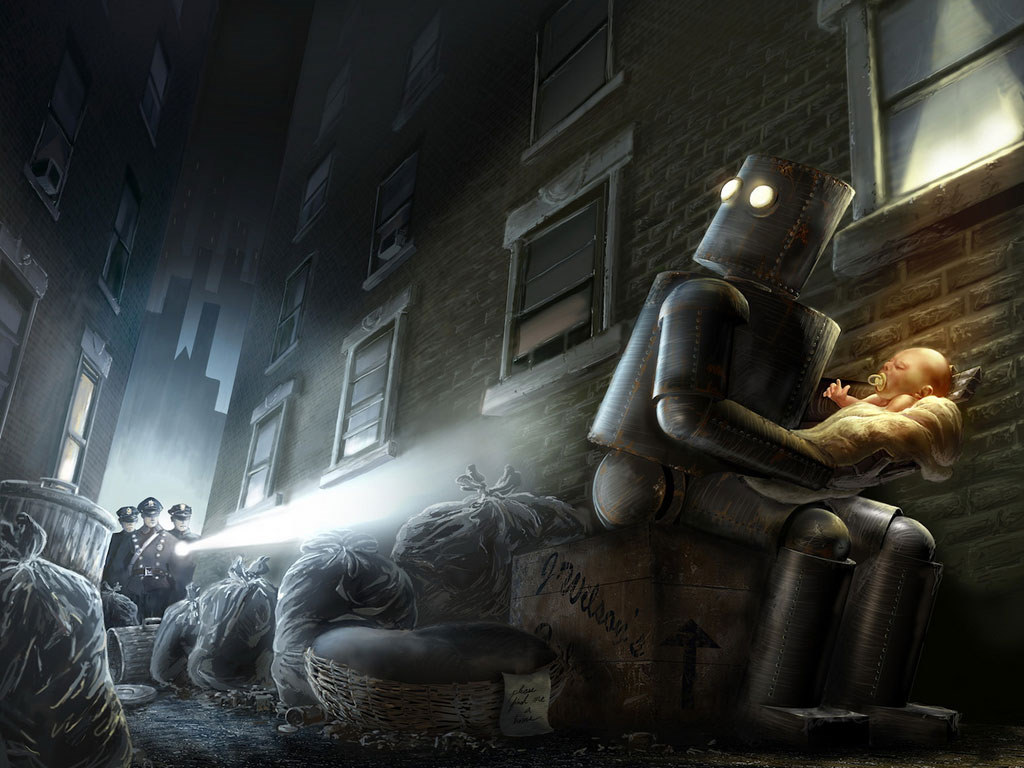 Think, for a moment, about the traits of a good parent. Recall the best traits your own parents displayed that, while you might not have grasped them as a kid, you came to appreciate as an adult.

There are probably plenty more traits of good parents I can list. There are just as many bad traits I can cite as well. In terms of pure logistics, there aren’t many of them that a sufficiently advanced artificial intelligence couldn’t match or exceed.

In principle, an artificial intelligence that’s more advanced than an average human would be even better at protecting and informing children than even the best human parents. At the moment, we’re still struggling to teach ethics to AI. With sufficient refinements, though, there’s no reason why a robot parent armed with advanced AI couldn’t embody the same ideals as the Kents.

There’s also no reason why that intelligent robots couldn’t always be there for a child in some form. Kids are already getting cell phones at younger and younger ages. Kids are even starting to learn from robots in some areas. The current generation of kids may be uniquely equipped to trust, love, and cooperate with robots on a personal level.

They may not be entirely on board with trusting robots to raise their own children, but the foundation is already emerging. The more young people interact with robots, the more comfortable they’ll be incorporating them into their lives, both as lovers and as parents.

At the moment, there’s a lot that robots can’t do in terms of parenting. You could probably say the same thing about sex robots in terms of being ideal lovers. The tools and incentives are there. It’s just a matter of the technology catching up to the concept. I predict that sex robots will probably come first and not just literally. Some are already predicting robot marriage within a few decades.

Shortly after that, though, I think it won’t be long before those same robots start having babies of their own and begin raising those children. While that may seem creepy, if not downright dystopian to some, I think it could actually work to the advantage of robots and humans alike. It may even help us avoid a Skynet scenario.

By loving robots and forming intimate relationships with them, as we’ll likely do with sex robots, we give ourselves and the advanced intelligence behind them a reason to cooperate rather than control. If we learn to love sex robots and teach them to love us back, then there would be no reason for them to enslave or destroy us. If we start raising children with them, then that provides an even greater reason.

Just as children help forge closer bonds between parents, raising children could help strengthen the bond between humans and robots. It already happens now. It starts with sex. Ideally, that eventually leads to children. Those children help create a family. As long as that family is bonded by love, support, and cooperation, why should it matter if some of those members are robots?

Such a scenario is still probably a long way off. I doubt I or most of the people reading this will live long enough to see it. The seeds may already be sown, though. Robots are evolving rapidly and children are already bonding with them. With advanced sex robots not that far off, the way in which we approach raising children may change radically in the coming decades.

It’s going to be a transition, that’s for sure. It’s probably going to be prone to many complications, protests, and outright resistance by some. However, if the end result is every child having parents as perfect as the ones Superman had, then the future of our sex lives and our children are very promising.

4 responses to “When Robots Become (The Perfect) Parents”