Every now and then, a story comes along that is just so absurd, so outrageous, and so appropriately hilarious that you can’t help but feel glad to be alive. The only thing that makes it better is when the story involves powerful people being exposed as hypocrites in the most embarrassing way possible.

Even in a year as bad as 2020, those stories are still uniquely enjoyable. I would argue we need them now more than ever.

That’s exactly why I have to thank Jozsef Szajer, a Hungarian politician you’ve never heard of, but will never forget after this story. Recently, he just raised the bar for hilarity, hypocrisy, and sheer absurdity.

You don’t need to know much about Mr. Szajer’s politics. You just need to know he’s vehemently anti-LGBTQ and has campaigned against it for years. Usually, when someone is that vocal about LGBTQ issues, that raises some red flags. Just ask Ted Haggard.

Well, after this, I think it’s safe to say that Mr. Szajer has risen the bar. Rather than simply paraphrase the sordid details, I’ll let the headline from the Irish Post do the talking.

Jozsef Szajer, who has regularly campaigned against LGBT freedoms, was spotted fleeing the party, which took place above a bar in the Belgian capital of Brussels on Friday.

He reportedly had “bloody hands” after picking up a suspected injury while trying to escape, and police later found drugs in his backpack, according to La Derniere Heure.

“We interrupted a gang-bang,” local police said, after confirming they found 20 naked men inside the party.

Szajer, who has a wife and a daughter, resigned from his post on Sunday.

You read that right. This is not an article from The Onion. Even they couldn’t come up with something this hilariously fitting. It’s just too perfect.

You have a vehemently anti-LGBTQ politician.

There’s a lot I’d love to say about a guy like this. However, I don’t think I need to make a larger point here. It’s just too easy and too hilarious on its own.

Let’s just leave it at that, laugh hysterically, and be happy that there’s still entertainment like that in this crazy world.

A Quick Perspective On Controversy, Scandals, Politics, And Elvis’ Hips

Every controversy seems absurd when you look at it with enough hindsight. Think of all the big social and political controversies going on right now. From mansplaining and safe spaces to all-female movie remakes to sexy Super Bowl Halftime shows, there’s no shortage of outrage and moral panics. In general, I try to avoid contributing, but I’d be lying if I said I wasn’t affected to some extent.

Even if the issues feel genuinely serious, it’s worth taking a step back and maintaining a certain perspective. What seems serious now won’t always end up being that serious in the grand scheme of things. Things like the Cuban Missile Crisis were serious. The impact of playing Dungeons and Dragons don’t even come close. For the most part, these controversies become obscure footnotes in the history of pop culture.

In the interest of preserving a balanced perspective, I find it helpful to think back to Elvis’ hips. For anyone under the age of 50, I’m sure that sounds strange, but make no mistake. At one point in time, Elvis’ hips were the most controversial thing in the world.

Granted, this took place in 1956. The world was a very different place in 1956. However, that’s not exactly an ancient time period. There are plenty of people alive today who were alive in 1956. They lived through that controversy. They might have even watched that fateful episode of the Ed Sullivan show where Elvis dared to shake his hips in too sexy a way. Now, compared to a standard Beyoncé video, it almost seems quaint.

Now, look at everything we deem too obscene, controversial, or damaging today. How much of it will seem just as absurd as the sexiness of Elvis’ hips several decades from now? We may think that our standards have been fully refined, but history has shown time and again that this rarely holds. What is obscene today may be mundane tomorrow and obscene again a decade from now.

Controversies are fleeting, petty, and often build on a foundation of absurdity.

People are often irrational, following emotions over logic while claiming every emotion is perfectly logical.

Trends are unpredictable and fleeting. In 1956 it was Elvis’ hips. In 2003 it was Janet Jackson’s nipple. Who knows what it’ll be this year or in the years that follows?

With time and perspective, it rarely ends up being as serious as we thought. Even if it was, people and society adapt. That’s what we have to do, as a species. We might make fools of ourselves along the way, getting worked up over something that ended up being so petty and contrived. The best we can do is laugh and learn from it.

Think about that the next time someone complains about a halftime show or a music video. Remember Elvis’ hips and the perspective they offer. It’s every bit as powerful as his music.

There’s one sentence that nobody likes saying. Hell, it’s a thought we avoid thinking at all costs. It’s painful, stressful, and downright damaging to our entire understanding of who we are. No, it doesn’t involve distressing phrases like “unfortunate accident,” “slight complication,” or “broken condom.” This incredibly gut-wrenching concept can be boiled down to five simple words.

I’ll give everyone not named Kanye West a moment to stop shuddering. I know. Just reading over that sentence was stressful. I’m only being half-sarcastic here, but I’ve been on the internet long enough and seen one too many comments sections to know the sheer power of those words, if only because they’re so rarely said.

More than ever, we live at a time when nobody wants to admit how wrong they are. It doesn’t even matter, in some cases, when someone is proven wrong beyond any possible doubt. People will still deny it. To make matters worse, a lot of these people tend to be in major positions of power.

There are a lot of things I can say about this phenomenon. Hell, I don’t deny that there have been times when I’ve clung to demonstrably wrong sentiments much longer than I should have.

A lot of it has to do with the flawed wiring of our caveman brains, which I know I constantly belabor on this site. We have this mental picture of who we are in our minds and being wrong is like a stack of dynamite to the foundation. It’s often why people will go to egregiously misguided efforts to protect that mental compilation of who they are.

However, I don’t want to spend too much time belaboring that. I’ll save that for other topics, preferably for a time when our collective faith in humanity is due for its regular gut punch. Instead, I want this post to inspire a sense of hope. 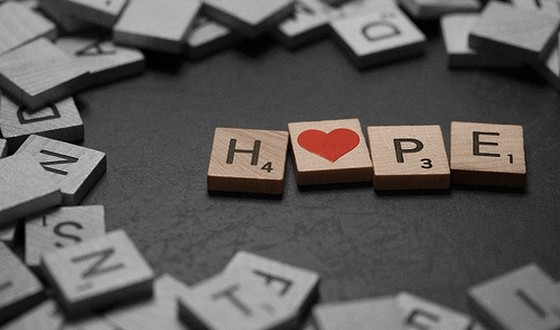 Recently, the fine and sexy folks at Cracked.com did a compilation, which they call Pictofacts, of people who undertook the agonizingly difficult task of admitting that they were wrong. Here are some highlights that should give everyone pause, if only to marvel at how any human being can humble themselves in the face of such distress.

These are just a few cases. There are plenty more out there that are every bit as profound. Even so, take a moment to appreciate the breadth of these admissions and the change of heart that these people underwent.

These aren’t just people who watched too much Fox News or listened to their crazy uncles too closely. These are admitted racists, homophobes, bigots, and even a goddamned Neo-Nazi who stood up, admitted they were wrong, and tried to make amends.

It essentially requires that someone take a baseball bat to the entire foundation of their psyche and rebuild it from scratch. That is not an easy process, nor is it pleasant. It can cost friends, family, reputations, and even careers, as some celebrities like Leah Remini are finding out.

Despite all this, these people still do it. They still do what they understand to be the right and decent thing. It’s not just something that warrants respect. It should be celebrated. Stubbornness isn’t just an unfortunate default setting in our biology. It’s one of those forces that’s getting a lot worse. Anyone who can overcome it in this environment has a strength that not everyone has.

It’s because of that environment that cases like this, where people admit outright that they were wrong, will become more rare. In the age of the internet and social media, it’s too easy to find a group of like-minded people who will reinforce any position, no matter how wrong they are. Why else would flat earth societies still exist?

That makes acknowledging those who do admit their mistakes all the more important. Now, that’s not to say that everyone should overlook whatever misdeeds they did when they were wrong. As I said in my piece about forgiving sexual misconduct, there are some things that just shouldn’t be overlooked.

Even in the extreme cases, though, it’s important to give people a chance. We need to place faith in people, something I’ve lamented before. We, as a society, need to reward those who endure the agony of admitting that they were wrong. We should keep in mind just how difficult it is for anyone to come to such a realization, especially if they’re a celebrity or someone of major influence.

Admitting that you’re wrong requires strength. It should not be seen as a weakness. At a time when billions of people have access to unlimited information, including half-truths and outright lies, it’s important that people value what is true and just. It’s still a difficult process and our flawed biology will fight us every step of the way. However, that’s exactly why it’s so important.