Movember Memories: A Story About Sweat (And Other Manly Issues)

Greetings and I hope everyone is in the Movember spirit. Last year, I decided to become a part of this effort. I feel it’s an objectively good cause that aims to help real people in need. I sincerely hope others join that effort over time.

For those who are unaware, Movember is a movement that started with the Movember Foundation. This foundation works to raise awareness of and donate money towards major issues that predominately impact men. Those issues include research for prostate cancer, mental health treatment, and suicide prevention. These are all wonderful causes to support and I encourage everyone to donate to the foundation.

As part of my effort to help with this cause, I shared a personal story last year about the time I grew a thick beard in college and some of the colorful lessons that taught me. This year, I’d like to do something similar and tell another story. However, this is a different kind of story and one I think offers a more relevant message to the Movember spirit.

This particular story comes from right from one of the most respectable men in my life, my father. He told me this story a few years back when he recounted the time he’d spent in the military. It’s a story that, at the time, we just thought was funny. I still think it is. I also think it has a deeper message that’s more relevant today, especially for men.

Before I continue, I want to make clear that I may not get all the details of this story correct. My father, who I know occasionally reads this site, might reach out to me and note a few corrections. If that’s the case, I’ll gladly update it. That said, I recall enough to ensure I can capture the heart of the story.

The setting of this story is fairly simple. It’s the mid-1970s on a military base in the Midwest. At the time, my dad is done with basic and is officially on active duty. However, he hasn’t been deployed so much of those duties involve basic grunt work around the base. It’s a typical, standard military life for a young man at the time.

One unique part of that life, however, involved a grizzled old officer who, out of respect for this amazing American, I’ll just call the Colonel. The Colonel is basically the senior officers of senior officers at the base. He’s been in the military all his life. He fought in World War II. He probably knows General Patton’s shoe size.

He’s also old enough and has enough seniority to not have a filter. He does not give a damn and won’t hesitate to say the things that would get a typical private punched in the jaw. As a result, he has a special kind of respect and admiration from young soldiers, like my dad. They would gladly share a beer with the Colonel and joke with him without the fear of push-ups.

While that lack of a filter made him popular with soldiers like my dad, it made the Colonel a nuisance to the other officers. Most were content to just overlook his charming personality and chalk it up to being a cantankerous old man. However, that same jaded charm sometimes caused a spectacle.

This one particular spectacle occurred on a day in which the officers and recruits had another regular meeting in the barracks. This was standard for active duty soldiers and my dad had gone through it many times before. He sat in his assigned seat with the rest of his unit. The officers, including the Colonel, sat in the back.

These meetings were often tedious, but a big part of what made them such a drag was the heat. These barracks did not have air conditioning and were not well-ventilated. It was basically an over-sized locker room, full of several dozen men in full military gear. Needless to say, it got uncomfortably sticky at times.

However, since this was the military and good soldiers were conditioned not to complain, nobody said anything about it. My dad certainly didn’t. No one in his unit did, either. They all wanted to. It was one of the most common complaints among his unit.

Finally, one day, the Colonel spoke up. His exact words were as follows.

“Hey! How come no one wants to talk about sweat?”

For other young soldiers, like my dad, who had sat through one too many sweaty meetings, it was a true Spartacus moment. This old guy who hadn’t given a fuck since the Kennedy Administration finally said what they all were thinking. It still earned him an irate look from the other officers, but he got the message across.

This was an issue. It mattered to them. It was taboo to bring up so the one guy whose filter died years ago broke it. It might not have solved the problem, but acknowledging it was a good start.

I wish I could describe the grin on my dad’s face when he first told this story. I could tell it was a fond memory from a strange time in his life, but it’s a story that still resonates with me. It’s also one I think we can learn from.

One of the chief goals of the Movember Foundation is to raise awareness of issues that affect men, but that’s tricky these days, given the current state of gender politics. When the topic of men’s issues come up, it often gets cast aside as rabid anti-feminism or cloaked misogyny. Even if there are legitimate issues, such as prostate cancer and mental health, it still carries negative connotations. 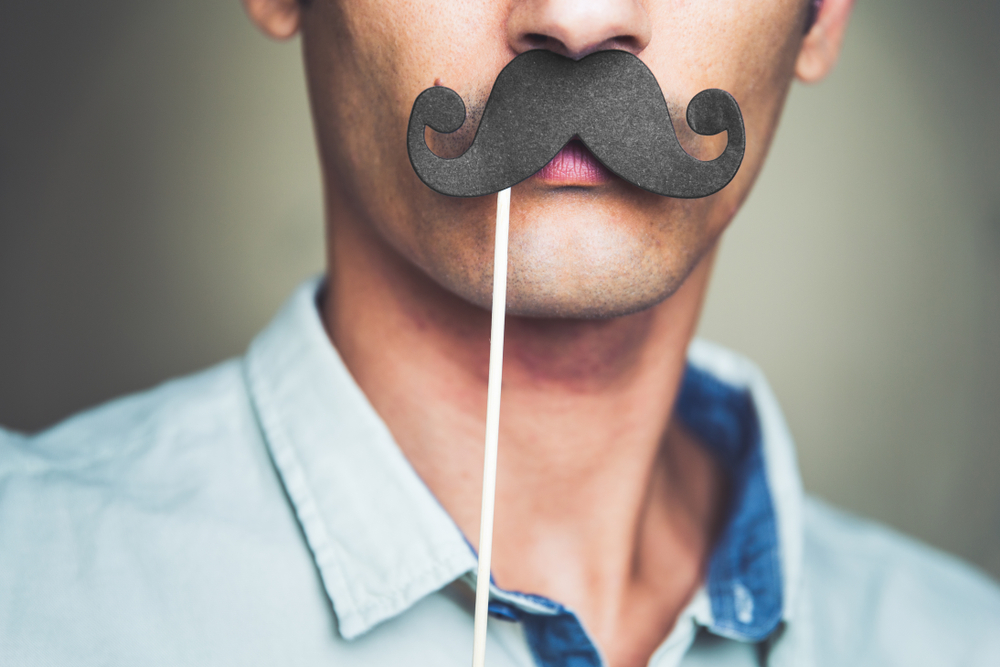 I get the sense that has changed somewhat in recent years. I think there has been somewhat of a backlash to the more extreme elements of gender politics. Issues that effect men are being taken more seriously and I think the Movember Foundation is helping with that. The challenge is being the one to stand up in a hot, crowded room and asking the questions that others are afraid to ask.

How come no one wants to talk about sweat?

You could just as easily apply that to other issues involving men.

How come no one wants to talk about the disparity in cancer research between prostate cancer and breast cancer?

How come no one wants to talk about men committing suicide at higher rates?

How come no one wants to talk about men falling behind in pursuing higher education?

How come no one wants to talk about male victims of domestic abuse?

These are all real issues that effect real people. At the end of the day, regardless of what our gender is, we’re still human. Even issues that effect only part of us ultimately impact all of us. I hope we can all channel the spirit of the Colonel and ask why we’re not talking about these issues. While that old man might not be with us, his message still is. It started with sweat, but it can apply to much more.

Again, in the spirit of Movember, please consider donating to the Movember Foundation and supporting the meaningful work it does.